“Are on this earth to help others; don’t you think? I’ve learned a lot from these people with so-called disabilities because they are some of the most honest, loving, nonjudgmental people you will ever know.” 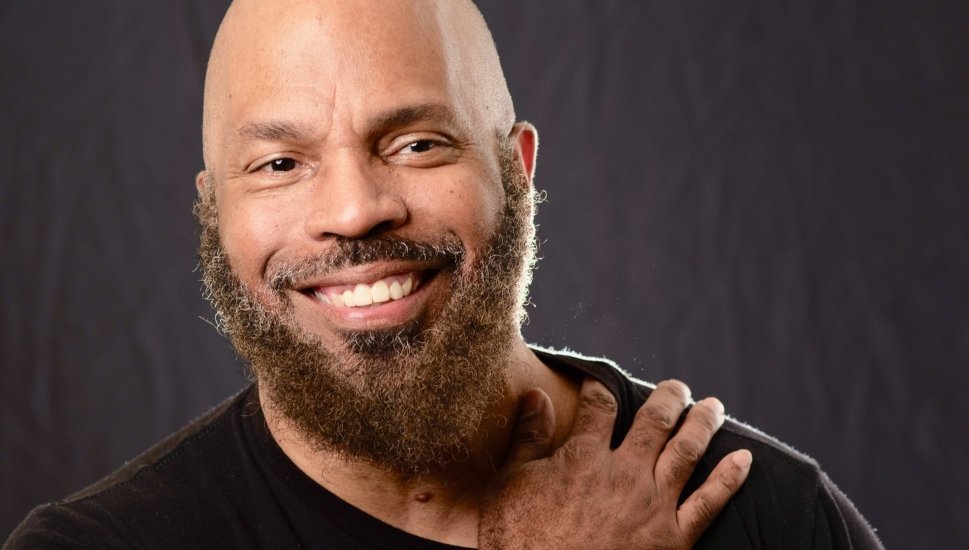 David Jackson Ambrose's years of experience as a social worker are vividly revealed in the very troubled characters in his novels, such as the just-published “Unlawful DISorder.”
Posted Tuesday, March 1, 2022 4:02 pm
by Len Lear

Reading David Jackson Ambrose's new novel, “Unlawful DISorder” is a virtual epiphany. I was blown away by the verisimilitude of the incendiary conversations between Bowie Long, 32, a gay man who has a history of hallucinations, psychotic episodes, and gambling addiction, and Dr. Herrera, a psychiatrist at the Horsham Clinic, a real mental health facility in Ambler.

One gets the feeling that Bowie is a remote control bomb who could explode in a violent rage at any time, and that the psychiatrist is trying to penetrate layers of rock that have covered over any feelings of warmth, compassion or humanity for many years.

So it’s not surprising that Ambrose - who works in mental health - told me that his characters are based on people he has known.

“The dialogues are fictitious, but the doctors in the book are probably amalgams of people I have interacted with,” he said. “I work for a mental health services oversight entity in performance management. And believe me, it is getting very hard to carve out space to tap into my creative mind.”

Jennifer Natalya Fink, author and professor at Georgetown University, said “The inner life of people with mental disabilities has never been portrayed with such startling nuance, compassion and complexity” as in “Unlawful DISorder.”

I first became aware of Ambrose, a resident of East Falls, when I read his first novel, “State of the Nation” (2018). The author, who has degrees from the University of Pennsylvania, and Temple and St. Joseph’s Universities, writes with the power of a jackhammer. In some ways, his searing writing in “Nation” reminds me of James Baldwin in “Notes of a Native Son,” a hurricane of a book that has left emotional scars still tender 60 years after the first reading. “State of the Nation” was a finalist for the 2019 Lambda Literary Award.

Ambrose's second novel, “A Blind Eye” (2021) explores the trauma inflicted by bullying and parental abuse, as well as domestic violence is same-sex relationships.

The local author describes his work as “a focus on marginalized people and the ways that identities are shaped by a confluence of the prison industrial complex, the mental health factory (both of which he refers to as 'neo-plantations') and a police state apparatus as it collides with gender, sexuality and the construct of race to impose disability and hierarchy as part of the design of American capitalism.”

Contrary to the pulling-off-a-scab grittiness of his prose, Ambrose is quite soft-spoken and upbeat in person. He spent his childhood dumpster diving for coverless paperback novels behind bookstores in West Chester, alternately immersing himself in the fictitious (sometimes trashy) worlds of William Faulkner, John Steinbeck, Jacqueline Susann and Harold Robbins - in between stints of tadpole hunting and stealing fans from the trucks at an old factory and warehouse.

Ambrose then moved to an adolescence of writing comic books that featured his baby sister and brother in order to keep them entertained while their mother worked as a billing assistant for Sperry UNIVAC. This pastime morphed into writing serial novels, which Ambrose circulated among his classmates at Upper Merion High School in King of Prussia.

Ambrose worked for a provider of services for people with developmental disabilities in the 1990s, and he said his years as a social worker have provided a Pandora's box of material for his novels.

“I’ve learned a lot about myself doing this work,” he said. “Also, we are on this earth to help others; don’t you think? ... I’ve also learned a lot from these people with so-called disabilities because they are some of the most honest, loving, nonjudgmental people you will ever know.”

The author of “Unlawful DISorder” has also written, "For people of color, horror is an everyday presence. It is not fear of the unknown. It is fear of the known.”

When asked to expand on this observation, he said, “As we see in the press more and more these days, Black people are in danger because our bodies are not seen as valuable. A routine traffic stop might culminate in the loss of my life.

“I’ll give you an example of how the most insignificant thing is fraught with significance,” he continued. “If I get on an elevator, and a white woman gets on at the next floor, I find myself acquiescing to her whiteness and her privilege. I don’t want her to feel threatened by my presence, but I assume that she already is, because the media and generations of indoctrination have conditioned me to believe so. So, I move to the opposite side of the elevator, and I make sure that my movements are minimal and nonaggressive.

“But why do I have to police my behavior in order to make sure that this person feels safe?” he said.

For more information, visit davidjacksonambrose.com Len Lear can be reached at lenlear@chestnuthilllocal.com