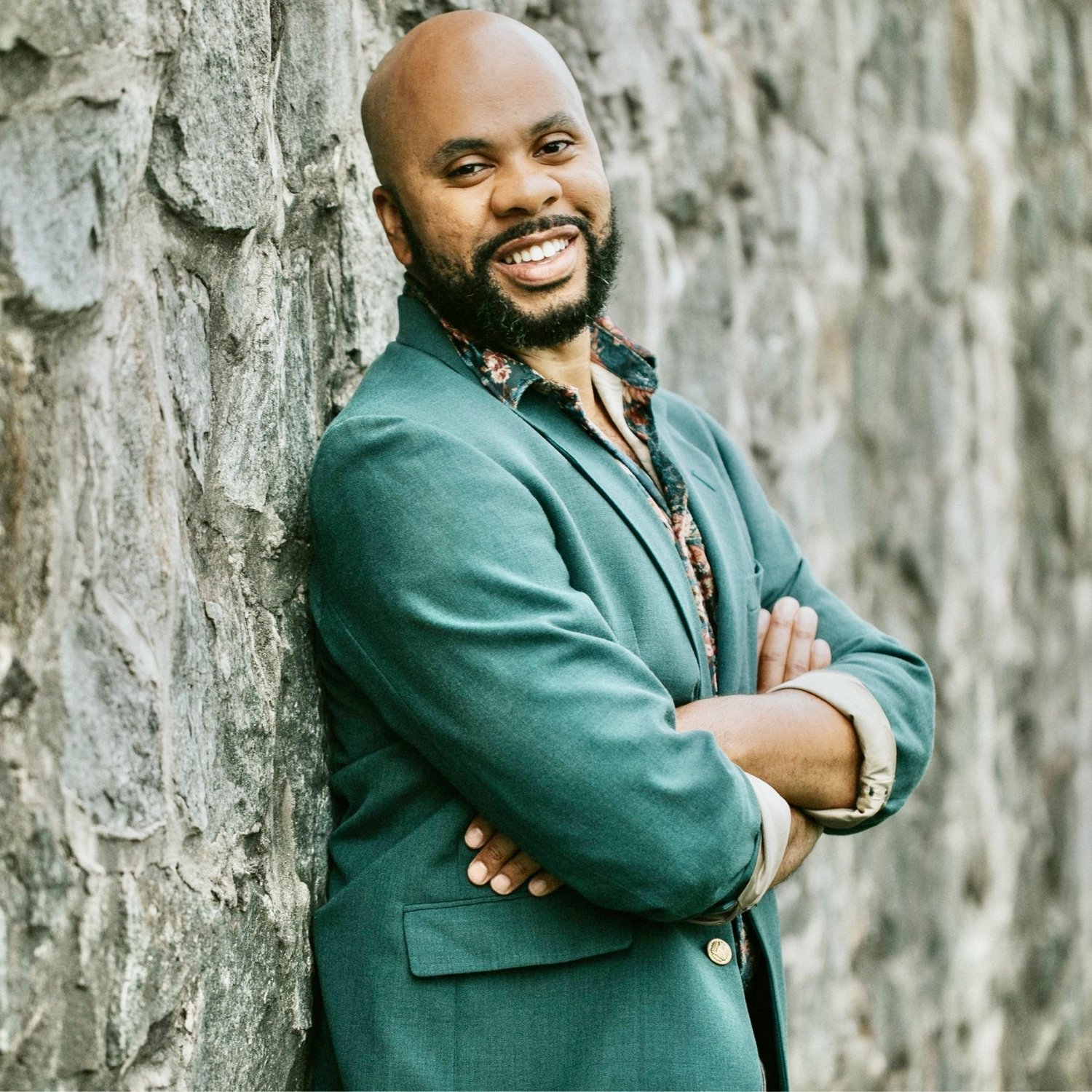 R. Eric Thomas, writer of the romantic comedy, “Backing Track,” at the Arden Theatre through April 10. The play, which features an all-minority cast and a queer love story, is set in a neighborhood inspired by Mt. Airy and Germantown.
Griffin Horn 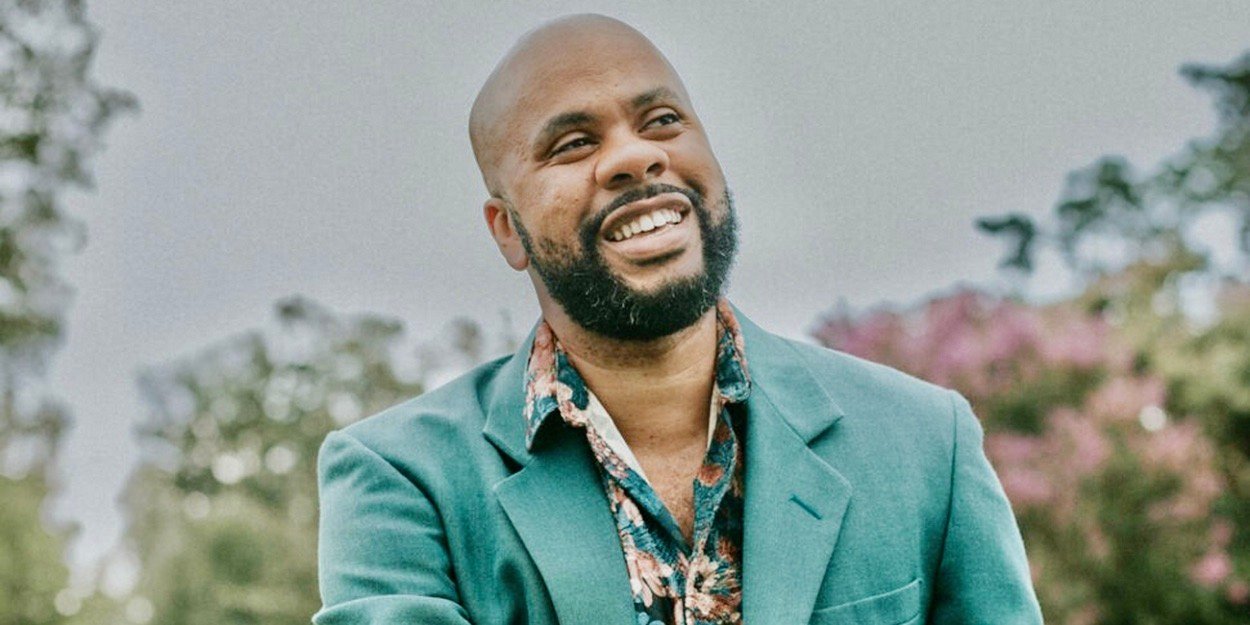 R. Eric Thomas, writer of the romantic comedy, “Backing Track,” at the Arden Theatre through April 10. The play, which features an all-minority cast and a queer love story, is set in a neighborhood inspired by Mt. Airy and Germantown.
Previous Next
Posted Tuesday, March 15, 2022 11:31 am
by Len Lear

In “Backing Track,” a new play by acclaimed satirist R. Eric Thomas, now at the Arden Theatre Company in Old City, a change is in the air for a family after an unexpected loss.

Mel, mother of Avery and Jessica, tries to reclaim her place in a gentrified neighborhood while her kids learn firsthand how to balance their own lives.

According to the playwright, the play is about “falling in love while grieving, gentrification and karaoke” and what it means to start over again. Thomas' inspiration for writing the play, he told us, came from his association with the neighborhoods of Mt. Airy and Germantown.

“While 'Backing Track' isn't set in a specific location,” he said, “it's very strongly influenced by neighborhoods that I encountered in Philly, particularly Mt. Airy and Germantown. I have had friends who live in Chestnut Hill, Germantown or Mt. Airy or moved up there during the time that we've known each other, and I am so taken by the deep roots, particularly of communities of color and of queer communities.

“There's a real theme of community responsibility which, to my mind, is core to making a neighborhood more than just a place where you buy land and stash your car at the end of the day. The co-ops, the small art galleries, newspapers like the Local, the porches and the yards where life happens. That's what excites me about Northwest Philly.

“When I worked at the William Way Community Center (the center at 1315 Spruce St. serves the area's LGBTQ community), I got introduced to a number of people who've lived and worked in Mt. Airy for years, including the founders of Mt. Airy [Art] Garage. Many were queer people, often queer elders, and I found the way that they shaped their lives, building up systems of mutual aid and prioritizing art and creation even in the face of capitalist pressures, so invigorating.”

One of the play's core ideas is that such communities can appear in many places and can also disappear if they are not cultivated. Thomas has found communities similar to Mt. Airy and Germantown in Lauraville near Baltimore, East Nashville, Provincetown and Boulder.

However, he insisted, “There's something about Philly and the surrounding areas that make this especially possible. I would suggest that it's probably the deep bench of artistic talent ... and the way the area acts as a magnet for people who are excited about building a future while not ignoring the past.”

Wissahickon Realtors in Chestnut Hill, Flourtown, et al, and a former resident of Mt. Airy who lived in the neighborhood for more than 35 years. “In light of the times we are in,” Elfant told us, “it feels particularly germane to celebrate what makes our communities special, as Thomas' play does.”

According to Terrence J. Nolen, producing artistic director at Arden, “In a short period of time, Eric has established himself as one of our leading cultural commentators and a playwright with a growing national reputation, with 'Hamilton' creator Lin-Manuel Miranda saying, 'R. Eric Thomas is one of my favorite writers.' As we return to live performance, how amazing to be premiering his newest work!

“'Backing Track’ is a wonderfully theatrical and insightful new play, deeply human and, not surprisingly, very funny,” Nolen added. “As I sat and watched the 'Backing Track' Zoom workshop in 2020, I longed for the time when this play would fill our theater with laughter and connection. That time is now!”

In addition to being a playwright, Thomas is a television writer and national bestselling author of “Here for it, or How to Save your Soul in America” (Ballantine Books). His writing has also appeared in The New York Times, Time, O the Oprah Magazine, et al.

Thomas currently lives in Baltimore, where he was born and raised, but he is hoping to find a home to rent in Northwest Philly with his husband. “We're taking our time looking for a forever home,” he told us, “so if you know a realtor or a place with lots of light, built-in bookshelves and a Nancy Meyers kitchen that's close to a friendly coffee shop and community garden, let me know! In Northwest [Philly] would be a dream!”

For more information, visit ardentheatre.org. Len Lear can be reached at lenlear@chestnuthilllocal.com