The Chestnut Hill Business District announced that as of mid-September Ann Nevel has joined their staff in the role of Retail Advocate, a role she says will “create a buzz” about shopping in Chestnut Hill. 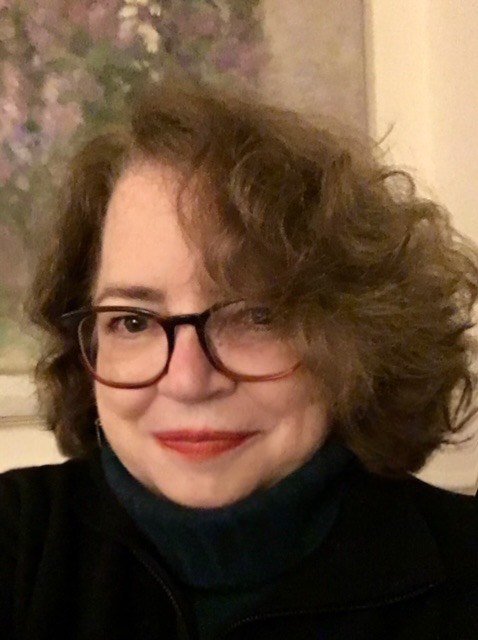 The Chestnut Hill Business District has hired Ann Nevel of Chestnut Hill as the new Retail Advocate. Nevel says she hopes to “curate” businesses from block to block and will draw on her legal and retail expertise to fill empty storefronts.
Posted Thursday, October 7, 2021 8:00 am
by Barbara Sherf

The Chestnut Hill Business District announced that as of mid-September Ann Nevel has joined their staff in the role of Retail Advocate, a role she says will “create a buzz” about shopping in Chestnut Hill. The position, formerly known as Retail Recruiter, oversees the district’s business attraction and retention efforts.

Philip Dawson, CHBD Executive Director, said Nevel stood out among the 73 candidates who applied for the position.

“Ann possesses retail expertise, creativity, and a passion for Chestnut Hill that make her the ideal ambassador for our retail attraction and retention efforts," siad Phil Dawson, executive director of the district. "Ann is a valuable addition to our team as we continue to promote Chestnut Hill's post-pandemic recovery, and we look forward to what she will achieve."

Nevel’s job is particularly important now, as Chestnut Hill, like many other commercial corridors, is still experiencing the effects of Covid shutdowns.

“Our businesses in Chestnut Hill deserve so much credit for their agility and resilience during the difficult days of the COVID restrictions. And, unfortunately, difficulties persist,” said Nevel, who has been busy listening to and talking with existing business owners.   “The Avenue is often bustling now, but as is true for most of the country’s retail communities, uncertainty, staffing and supply shortages, and the after-effects of a significant period of COVID-related diminished sales are burdens for our shopkeepers and restaurant owners.

Nevel has already been busy talking to area businesses that have one or two stores and would like to establish in another locale like Chestnut Hill.

“With the introduction of spirited and visionary new businesses, we can generate a buzz about Chestnut Hill that will expand the range of our area-wide draw.  An influx of new, premier stores and restaurants will energize and raise the profile of the entire business district.  It’s all part of a whole,” she said.

Nevel also said she hopes to “curate” businesses in Chestnut Hill finding the right mixes from block to block.

“That doesn’t mean two women’s apparel stores can’t be on the same block.  We already have that,” said Nevel. “I see three sets of players on boats here; the property owners, existing businesses and prospective business owners.  I hope to raise the tide for all three boats.”

Nevel says she has stood in the shoes of small business owners and knows firsthand the issues they are dealing with.

“Mom and Pop retail is in my blood. I know that operating a store or restaurant requires an immense amount of hard work and ingenuity. That was always true, even before the pandemic.  COVID, of course, layered on new challenges.

A Chestnut Hill resident, Nevel comes to the Retail Advocate position with extensive experience in retail--as the owner of a lifestyle store in Litchfield County Connecticut for 13 years and for 10 years, as a sales representative for a multi-brand showroom in New York, selling apparel, jewelry, home and personal accessories and home decor products to stores in the Northeast.  Before that, Nevel practiced law in Philadelphia as a litigator and an Assistant District Attorney and later, in Connecticut, as a Special Education lawyer representing children with disabilities. She has a degree from Villanova University School of Law. As an undergraduate, she majored in Art History and Biology at Boston University.

Nevel grew up in Philadelphia and lived in West Mount Airy when her three grown sons were young. A widower, Nevel returned to Philadelphia about five years ago and lives on Gravers Lane, within walking distance from her new position.

“Chestnut Hill was an important part of my children’s world,” she said. “We remember the Wooden Train (now Quelque Chose) and the larger-than-life Swiss Army knife in the window of Kilian’s.”

The current occupancy rate for commercial units in Chestnut Hill is 86.5 percent.  That number includes active businesses as well as those that are recently leased or purchased with businesses preparing to open.  According to Dawson, the CHBD retail recruitment program has resulted in more than 30 new businesses opening in the commercial area in the past five years.

“Chestnut Hill’s business district has remained remarkably stable during a historically difficult year, and has experienced a net growth in business occupancy since the pandemic, with seven new leases signed on available properties so far in 2021,” said Dawson. “It is clear that Chestnut Hill continues to be a shopping and dining destination that is attractive to entrepreneurs.”

Guest correspondent Barbara Sherf can be reached through her website at www.communicationspro.com.