Recently we happened to be walking to our car, which was parked just off the 6100 block of Ridge Avenue in Roxborough, when we happened to notice Roxy Hall & Bistro, a new “soul … 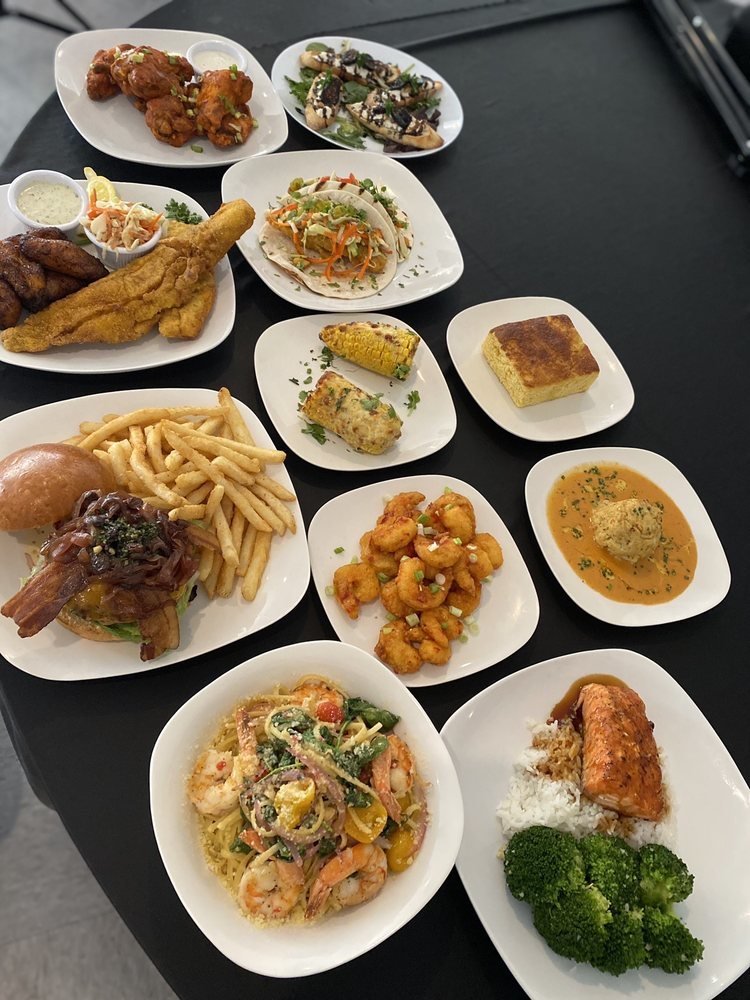 Recently we happened to be walking to our car, which was parked just off the 6100 block of Ridge Avenue in Roxborough, when we happened to notice Roxy Hall & Bistro, a new “soul fusion” restaurant at 6139 Ridge Ave. I peeked into the window at the dining room, which looked rather upscale for Roxborough, whose dining scene consists mostly of bars, pizza and cheesesteak joints and takeout Chinese, when a woman came out with a big smile and handed me a menu. “Why not come in for dinner?” she asked, although we had to decline because we had just finished dinner across the street.

But that brief introduction definitely piqued my interest since I am always curious about new restaurants in the area. Who isn't? One of the interesting things about restaurants is the backgrounds of the people who open them. They are not all culinary school graduates. Over many years have met a lawyer, fashion photographer, athlete, teacher, journalist and engineer who have been lured by the siren song and apparent glamour and excitement of the restaurant business.

So it is with Roxy Hall & Bistro. Co-owner Brian Ajedho, 39, a Northeast Philly native, was a therapist in the mental health and human services field who also graduated as a dental hygienist from Community College of Philadelphia. (If you have dinner at Roxy Hall, though, you will not get a teeth cleaning afterwards. And the chair you sit in will not be tilted backwards.), But Brian is also a foodie who has run a full-service catering company.

His business partner, Lynn Miller, 44, a native of Yeadon, at one point ran a water ice business in Southwest Philly, Snackdaddy's. In addition, he was a car dealer, a caterer and a printer, and for seven years he inspected houses for All State Insurance Co. to see if applicants would be accepted as policyholders, but then “COVID killed me last year, job-wise.”

In 2017 Brian and Lynn, both talented bakers, started a baking company upstairs in the building where Roxy Hall is now, and the first floor has been used as an event space, although that use has obviously been limited by COVID-19. The restaurant opened June 10, and their liquor license was approved and just went into effect Sept. 1. The upscale white tablecloth restaurant will have wine tastings four times a week with sommeliers present and wine pairings with dinner.

The chef at Roxy Hall is Dwayne Burton, who for 22 years cooked at high-end restaurants such as Sullivan's Steakhouse (King of Prussia), Legal Seafood, Public House and Hotel Monaco. “I have known him for over 30 years,” said Lynn, “and we are really lucky to have him.”

Roxy Hall can seat up to about 75 indoors and many more for private events. Entrees like crab cakes, grilled wild salmon, roasted chicken breast and Caribbean rib-eye are available. “There is nothing in this area like this,” said Brian. “Main Street in Manayunk is the closest thing, but who can park there? Right here, however, you can park for one dollar an hour in the large lot that is down the street about 100 yards from here.”

Roxy Hall will also have speed-dating events through match.com, which they already did on Aug. 19 and 24, with complimentary house punch, a Black Oak Wine Club membership that starts at just $5 or $10 and other regular promotions. They will also have a brewery on the premises within the next several months, and of course, they will be making their own desserts. “We believe that once people taste our food, they will be hooked,” said Brian.

They will also have a live jazz band every third Thursday along with a wine dinner menu and an occasional comedy night. Shortly after opening in June they had a packed house to hear six stand-up comics, and on Friday, Sept. 3, 8 p.m., there will be another comedy night with five local stand-up comics.

“We also want to offer employment to someone who may be a recovering addict,” said Brian. “I have counseled people who need a second chance, and we want to offer that second chance. We still volunteer with Why Help Youth Empowerment Program in center city for that reason.”

For more information: roxyhallandbistro.com. Len Lear can be reached at lenlear@chestnuthilllocal.com