New streetery regs a headache for some Hill restaurants

New streetery regs a headache for some Hill restaurants 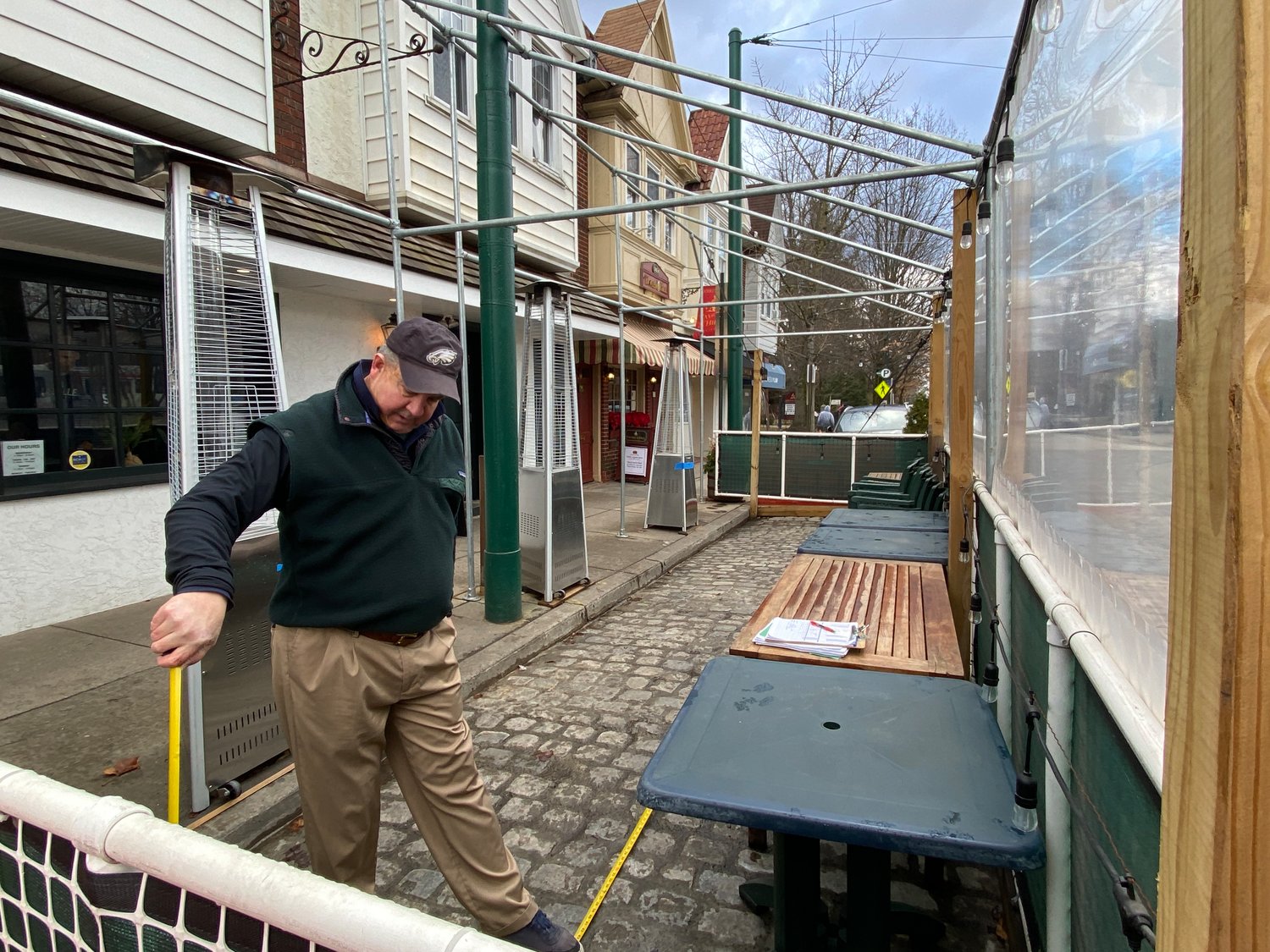 Campbell’s Place hopes to keep its streetery, but there are potential complications.
Previous Next
Posted Wednesday, January 11, 2023 12:00 am
by Tom Beck

Joe Pie, husband of McNally’s Tavern co-owner Anne McNally, was hard at work on Friday deconstructing the restaurant’s popular streetery, which went up during the pandemic when dining indoors was not an option. He was sad to see it go.

“People just loved sitting out here with their kids and dogs,” he told the Local, measuring tape in hand. “It’s a shame we’re not able to keep it.”

Pie was deconstructing the outdoor dining area because Monday was the deadline for all city eating establishments to remove streeteries that don’t comply with the Streets Department’s new regulations. For a multitude of reasons, McNally’s streetery was out of compliance.

If Pie hopes to maintain McNally's streetery in the future, he’ll have to make significant changes. Starting on Monday, streeteries like Pie’s will need to make room for protective barriers to be put between the streetery and the street. All streeteries will also need a five-foot safety buffer zone around manhole covers. That’s another issue for Pie, who has a manhole cover smack in the middle of his streetery. Pie’s streetery wasn’t ADA compliant, meaning its floor wasn’t level with the curb, and the fact that Germantown Avenue is a snow emergency route was also a problem.

According to Deputy Streets Commissioner Richard Montanez, the city tries to clear snow “curb to curb” on snow emergency routes, which means that a structure that isn’t easy to break down and build back up in the event of a snowstorm is less likely to be approved.

Creating a potential for confusion, however, Montanez couldn’t specify precisely what the city would and wouldn’t approve on a snow emergency route.  “We’ll try to see how much we can facilitate for them for outdoor dining if a business wants outdoor dining,” Montanez said. “But we’re limited in what we can do because of the snow emergency route.”

The confusion doesn’t stop there.

Iron Hill Brewery, which doesn’t currently have a streetery but did for much of the pandemic, had its outdoor dining application denied in November, according to manager Richard Chong, although he couldn’t say exactly why. When The Local reached out to the city for an explanation, Montanez said Iron Hill’s application was denied only because it was submitted too soon.

“We created a portal to accept applications and when [Iron Hill] submitted it was not open yet,” Montanez said. “They just need to resubmit. They submitted in early November and the portal didn’t open up until the middle of November.”

The Local circled back with Chong who said he’d “look into” submitting the application again.

Campbell’s Place, the last of the three Chestnut Hill restaurants that have had streeteries, is “hoping that we can keep outside dining for the customers,” said manager Shaquilla Harmon. Harmon doesn’t anticipate having to make any changes to her streetery, which unlike McNally’s former outdoor dining space, isn’t a fully built structure – just an area with a few tables, chairs and decorations. Campbell’s will still have to deal with the same issues that McNally’s and Iron Hill face however, like the ADA-compliant floors and complications surrounding being on a city snow emergency route.

To date, the city has only received 22 applications for streeteries under the new regulations. It has yet to approve any of them.

Once streetery applications are resubmitted to the city, they’re forwarded to the Art Commission for review, according to the email. If the Art Commission approves, the plan will be stamped for approval from Streets Department and the applicant can then apply for the actual streetery license from Licenses & Inspections.

Pie isn’t sure if the headache of rebuilding a streetery is still worth it for his business, and he’s on the fence about having another one built. In the meantime, he’s looking for a new home for his now-deconstructed custom-made structure. Its dimensions aren’t in compliance with the city’s new regulations for streeteries, but it could work for a restaurant that wants to set up an outdoor eating area in, say, a parking lot.

“It’s a gorgeous structure,” Pie said. “I hate to throw it away.”