Newest Chestnut Hill restaurant off to a great start

Adelinas, Chestnut Hill's newest restaurant, can be found at the corner of Germantown and E. Southampton Avenues.

Newest Chestnut Hill restaurant off to a great start 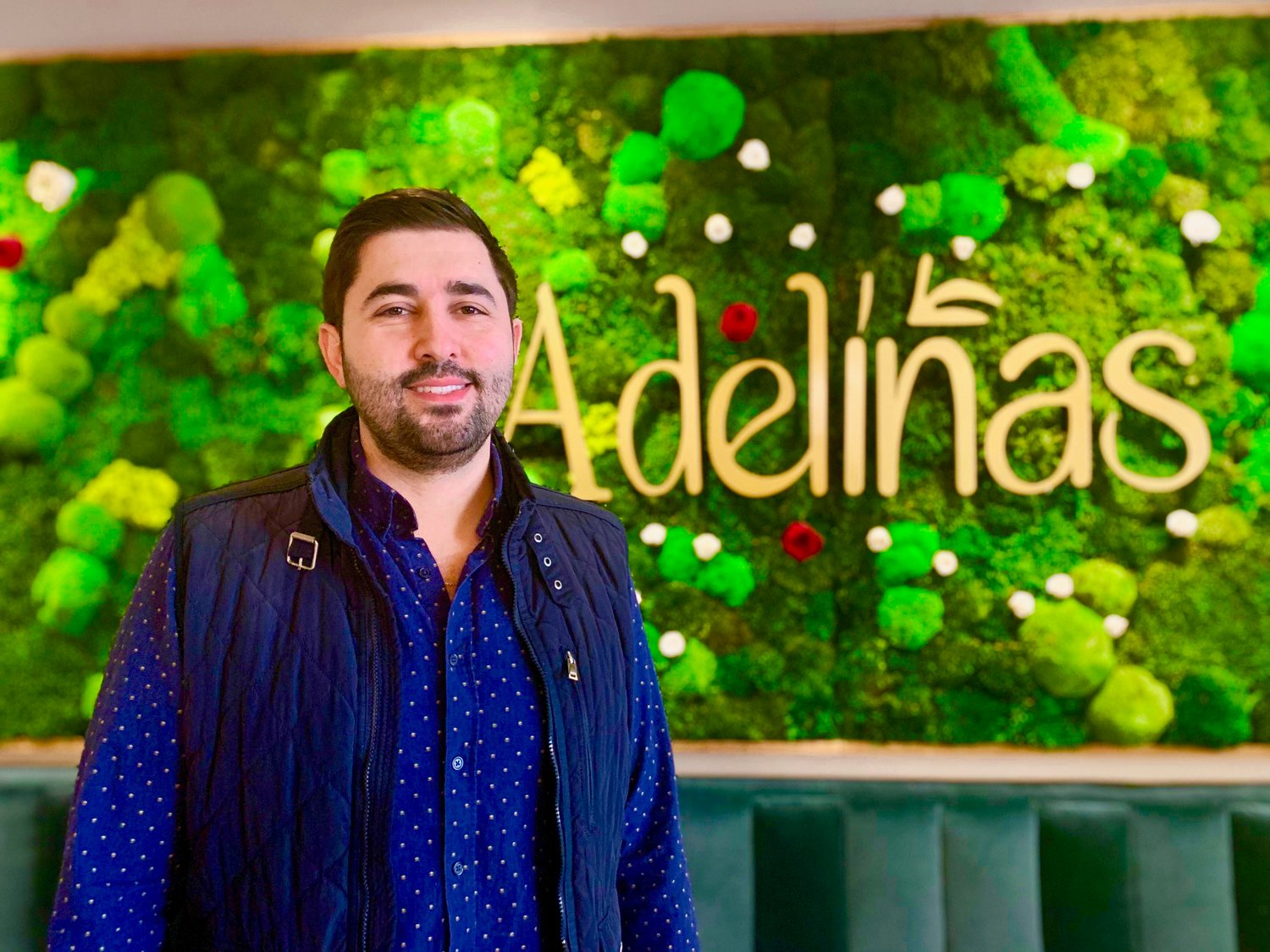 Antonio Presta is the co-owner (with brother Giuliano) of Adelinas, which opened Jan. 5 at 8235 Germantown Ave., former home of Paris Bistro.
Posted Thursday, February 3, 2022 9:15 am
by Len Lear

Thanks to Delta and Omicron and who knows what Greek letters to follow, many restaurants around the country are deserts. We have sat in restaurants so empty that they resemble their old selves about as much as rainwater does reindeer. Lots of folks are still afraid to go to restaurants.

One restaurant that seems to be flourishing, though, is Chestnut Hill's newest, Adelinas. It opened Jan. 5 at the corner of Germantown and E. Southampton Avenues, in the former home of Paris Bistro.

“We are fully booked (85 seats) for the next three Saturdays,” co-owner Antonio Presta (with brother Giuliano) said on a recent Thursday afternoon. (The restaurant is named for their grandmother.) “In fact, we are fully booked tonight. We are absolutely thrilled at the reception we have gotten in Chestnut Hill, considering the circumstances. We could not have asked for more.”

The Presta family had a restaurant in Manayunk, Bella Trattoria, for many years that is now closed. Another Manayunk restaurant they owned, Craft, closed last September because of flooding from Hurricane Ida. However, two pizza shops, Trios Tomato Pie, in Glenside for 10 years and Elkins Park for three years, are still thriving, as is Marzano Ristorante in Jenkintown, a BYOB, since 2014.

“We opened later than we expected here because of supply chain issues,” said Antonio. “We waited a long time for furniture and bar stools. And the quality products we get from Italy, cheeses and pastas, for example, are harder to get.”

It's a tough game, opening a new restaurant in the middle of a pandemic.

“I interviewed 30 chefs for the job, and many were good, but I was not feeling the chemistry between us, and that is important,” he said. “Then came Minh Dang. I interviewed him three times for three hours each, and I definitely felt the chemistry. I told him what I wanted the food to taste like and look like, and he brought a lot of his own ideas. Now that we have had this time (16 days) under our belt, I know I made the right choice. And everything is made each day from scratch.” (Minh runs a kitchen staff of 10.)

Growing up, Antonio, who speaks Italian fluently, spent every summer in Italy, where the family still has a home. His father was born there, and his mother was born in Portugal. “My dad came to the U.S. at age 18 and spoke no English,” said Antonio. “He worked in a car wash and ended up in a pizzeria. Eventually he wound up owning his own place, as so many immigrants do.”.

According to Dang, a New Jersey native who previously ran a catering operation in the Phoenixville area, Italians and Vietnamese actually have a lot in common. “As immigrants, a lot of us from both countries start out working in kitchens,” he said. “It's hard to get any other job because of the language barrier, and food does not have a language. Italians and Vietnamese are both foodies. We have similar climates and fertility agriculture, and you can be poor in both places but never have a shortage of food. You can always grow your own food.”

Antonio added, “That's our culture. My grandfather never ate fruits or vegetables out of season because fresh fruits and vegetables were always there.”

Adelinas serves dinner Tuesday through Sunday. The owners hope to start serving brunch on Saturdays and Sundays starting in March. There are 30 seats outdoors with heaters that will be available as soon as the permits arrive. There is a Happy Hour from 4 to 6 p.m. Tuesday through Friday and there are three dinner specials each week. The basement bar is an event space for up to 50 people. Live music may be coming in the future.

“Restaurateurs have thick skin,” said Antonio. “We are consistently getting thrown curve balls, and we have to adapt in order to stay in business.”

The first Yelp review of Adelina's was from Dan S. of Philadelphia on Jan. 9, which read: “The quality of the steak rivals the steakhouses in Center City. The brussels were flavorful and crispy. Was the dinner pretty pricey? Yes. Was it worth it? Yes. Would we come back here? Definitely.”

For more information, call 267-243-3206 or visit adelinasitalian.com. Len Lear can be reached at lenlear@chestnuthilllocal.com.