Even after 50 years teaching and coaching at Norwood-Fontbonne Academy, Chuck Seaton, of Spring Mountain, has no plans to slow down now that he is officially retired. 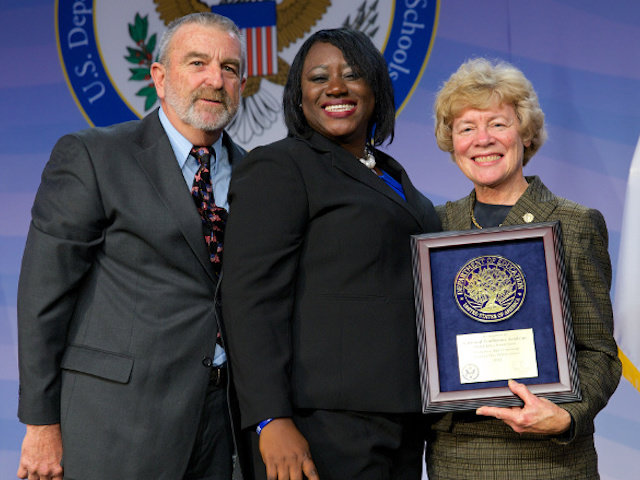 Even after 50 years teaching and coaching at Norwood-Fontbonne Academy, Chuck Seaton, of Spring Mountain, has no plans to slow down now that he is officially retired. While he won’t begin his new job as a school bus driver until the fall, he plans to spend plenty of time riding his motorcycle and doing other activities that don’t fit the bill of a stereotypical retirement.

“Even though it’s retirement, it’s not just sitting around on the rocking chair and fishing,” Seaton said. “I plan to wear out, not rust out.”

When Seaton first began teaching at NFA in September 1969, he did so as a way to become a coach. That was the position he initially wanted, and he realized that it would be easier to get it if he was already a teacher. It wasn’t until after he started teaching that he realized he preferred that to coaching.

“I think it’s the control you have in the classroom that you have less of on the field or court and subject material that made teaching more appealing,” Seaton recalled. “I always tried to make subjects like history and geography come alive for my students.”

A social studies and religion teacher, Seaton also coached football, basketball and lacrosse during his time at NFA, as well as serving as the school’s athletic director for 13 years. Whether it was in the classroom or on the field, his most cherished memories are tied to the connections he made with his students over the years.

“Joking, laughing, telling silly stories – that was the most fun I had,” Seaton said. “I always wanted to break up the everyday monotony.”

While it was important for Seaton to reach his students, whether through teaching or coaching, he has found that it has grown more and more difficult to get them excited about learning as the years have gone on. Though he can’t specifically speak for any other teacher or school, the increased challenge has certainly been a challenge for him, and was even one of the contributing factors toward his retirement.

“Nowadays, it feels like you have to practically stand on your head to make a real impact,” Seaton explained. “It used to be that about 70-80% of kids actually wanted to learn, but now it feels like that’s gone in the opposite direction. So many of them are just too involved with their electronics, video games, etc. … It’s already a challenge for a younger person, and at 71, I just started running out of gas.”

Though his teaching days are behind him, Seaton still has plenty of fond memories to fall back on from his five decades at NFA. He has had the chance to teach the children of his former students, saw the boys-only Norwood Academy transform to the co-ed NFA and even managed to coach lacrosse for three years despite claiming to not know anything about the sport beforehand. Of all the memories he has made at NFA, however, what he wishes will last above everything else is fond memories of learning during a time when most students may not generally appreciate it.

“I know kids don’t appreciate learning as much today, but I hope that if I have any kind of legacy, it’ll be that my students remember reading and learning things in the classroom as having been fun,” Seaton said.