Nicholas Salvatore Coviello, 78, a retired teacher and artist, died on November 3, 2019, with his wife, Amelia Coviello, and son, Paul Coviello, by his side. Coviello was born in Waterbury, … 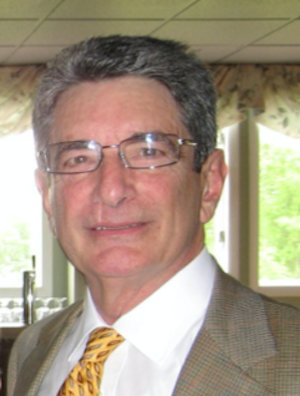 Nicholas Salvatore Coviello, 78, a retired teacher and artist, died on November 3, 2019, with his wife, Amelia Coviello, and son, Paul Coviello, by his side. Coviello was born in Waterbury, Connecticut and served four years in the U.S. Air Force as an electronic technician. He was married in 1965 and moved to Philadelphia to attend the University of Pennsylvania/Pennsylvania Academy of Fine Arts on a scholarship. He received his bachelor’s in fine arts in 1970 and master’s in fine arts in painting in 1972. He and Amelia lived in Germantown when they first came to Philadelphia. They moved to Chestnut Hill in 1973 and became active members of the community. He coached little league and pony league baseball at the Water Tower then helped found and coach the first American Legion baseball team in Chestnut Hill. He was also a member of the local democratic committee. Coviello taught in the Philadelphia Public Schools from 1975 until 2002. For most of his career, he taught electrical-mechanical at Jules E. Mastbaum VoTech High School where he also coached the girls volleyball team to multiple city championships. At the end of his teaching career he worked in the school district’s administration offices. His work was shown at Gross-McCleaf, Nexus and other city galleries. He was a board member at Nexus from 2002-2010 and artist lecturer at the University of Pennsylvania from 1998 to 2008. His work had many different phases but often focused on nature. Susana Jacobson commented on his work in 2004 writing, “Coviello's works tell us that nature is here, by our side, out the window or within our own bodies, ready when we are to engage our attention…..Coviello is an artist who seems to be continuously awakening to a new world of possibilities.” Coviello is survived by his wife, son, daughter-in-law, Michele Greenstein, two grandchildren, Peter and Julia, and extended family. He is remembered as a kind, energetic, and caring husband, father and father-in-law who dearly loved his grandchildren. Relatives and friends may call at Jacob F. Ruth’s, 8413 Germantown Ave., Phila., PA 19118, Monday November 11th at 1030AM. A short service will be held at 1130 followed by a celebratory reception. In lieu of flowers, the family asks for donations to be made in his honor to the Pennsylvania Academy of Fine Arts https://community.pafa.org/give.