Philly Gumbo at Milo in Mt. Airy on Friday Sept. 10. 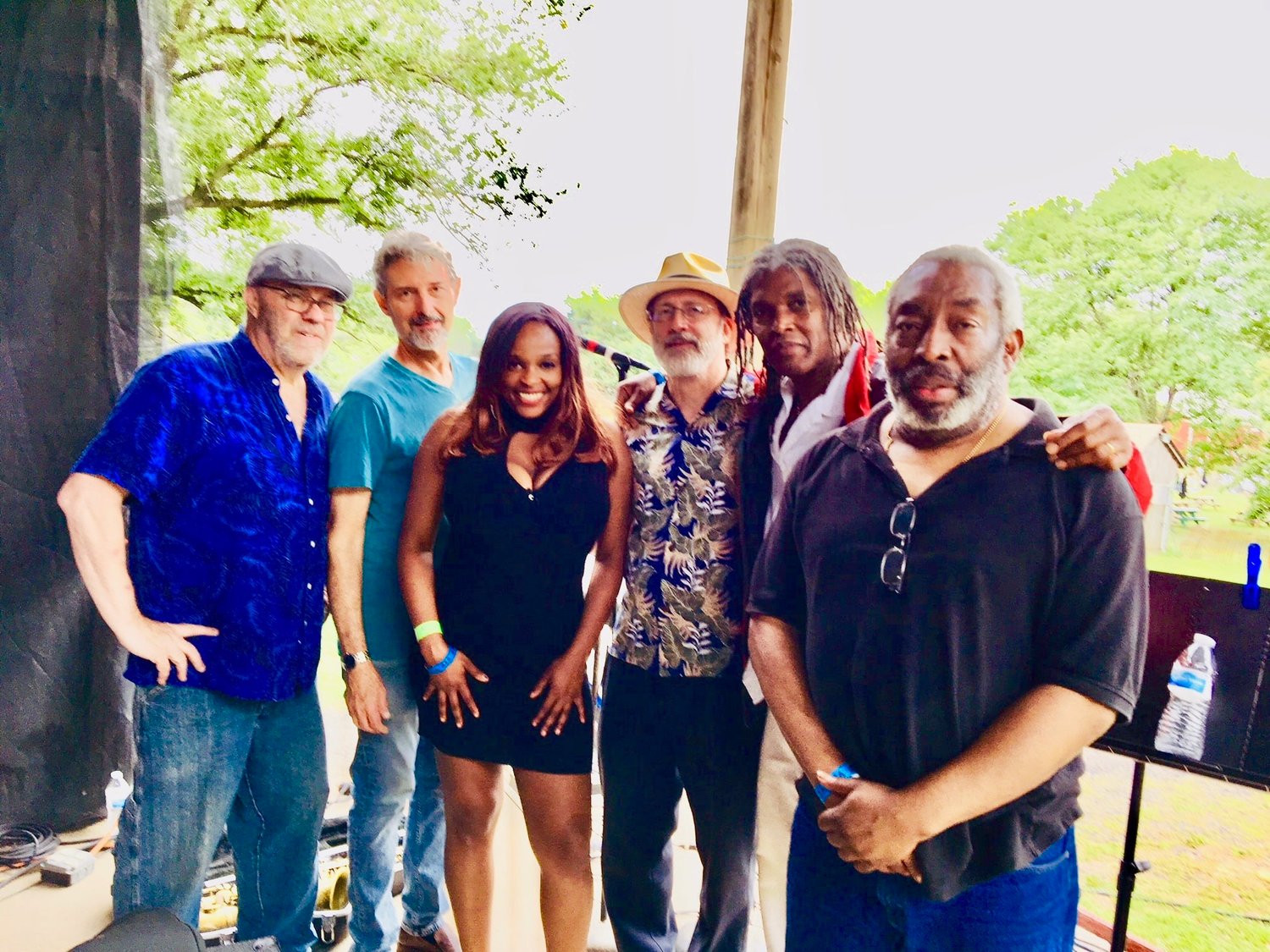 The Northwest Philly band Philly Gumbo, most of whose members have been playing together for 40 years, will perform next in-person at Milo in Mt. Airy on Friday Sept. 10.
Posted Tuesday, September 7, 2021 11:00 am
by Len Lear

A press release sent recently by the Northwest Philly band Philly Gumbo about an upcoming series of in-person (not virtual) performances, beginning with Milo in Mt. Airy on Friday Sept. 10, claims the combo as “Philadelphia's longest-running band at 40 years,” but Randall Grass, a founder and spokesman for the band, then told us, “I saw you just did a story on a band who has been going 42 years. Oops! Honestly, we had never heard of them, so we weren't aware. (Grass has lived in Mt. Airy for six years and before that, 19 years in Germantown.)

“They sound good, though, based on your description. Anyway we still are a Northwest band (four of the six members live in Northwest Philly) that has hit 40 years, which means we've passed the Grateful Dead, and if the Rolling Stones ever stop touring, maybe we'll catch them. A lot of our longtime fans are in this area, so we want them to know about the Sept. 10 date.”

Dave Kennedy, a spokesman for The Real Fugitives, the local band that has been together for 42 years, told us last week, “I’ve heard of Philly Gumbo but didn’t know they’ve been together that long. I guess we’ll let them have their mistaken moment of glory as the longest running band from Philly, especially since they’re only two years short of us, the real longest-running band from Philly.”

Grass, 71, who grew up on the Main Line in Wayne and is a Duke University graduate, met a singer named Walt Taylor four decades ago around a mutual interest in reggae (Taylor had a reggae fanzine, and Grass was doing the Roots, Rock, Reggae show on WXPN), and they decided to perform as a duo for fun at Taker's Cafe in Germantown.

They then hooked up with drummer Tim Hayes who had played as a youth with stars such as Wilson Pickett, Little Milton and Bobby Womack. Pete Eshelman was playing with the reggae group Roots Vibration but was also into New Orleans music, so they recruited him. “At that point,” said Grass, “we decided what the heck, we might as well get a bass player and be a band; So Bert Harris joined on bass and Richard Johnson on guitar, vocals and harmonica. This was in late 1981.”

Tim Hayes (Germantown), Pete Eshelman (Elkins Park, formerly Germantown), Grass and Bert Harris (Germantown) have been together the whole 40 years; saxophonist Richard Orr (Bryn Mawr) joined about six years ago but he used to sit in with the band in the 80's; India Rex (Roxborough), who wasn't even born when the group started, joined11 years ago and is now their longest-running lead singer.

Philly Gumbo, as the name suggests, has brought New Orleans music – R & B, Blues, Reggae, Funk and Soul – to Philly. Their musical jambalaya has shared the stage with such boldface names as Buddy Guy, Junior Wells, The Ohio Players and Rick Danko and Levon Helm of The Band. They kicked off the first annual Jambalaya Jam at Penn's Landing.

According to Vintage Guitar magazine, “On South Street, Philly Gumbo ruled the funk scene when The Roots were mere seedlings!”

Philly Gumbo has played at World Cafe Live, The Kimmel Center, Sellersville Theater and such festivals as Musikfest, The Media Blues Stroll and Atlantic City Summer Music Festival, among others.

The biggest crowd Philly Gumbo ever played for was the 3,000-plus people who came out when they played the outdoor New Year's Eve celebration in Media over 10 years in a row before Covid. The smallest audience was on a Sunday afternoon series at Tritone on South Street 15 years ago. “Fewer than 10 people were there.”

The band used to play some of their own original material (their first single featured an original reggae tune, "Holy War"), but these days it is mostly their interpretations of existing tunes. “Many of the songs are obscure enough that people think they are original,” said Grass.

“Even after 40 years, at some point in every show something magic or transcendent happens. We never would have predicted making 40 years doing this. As long as our health holds up and we can play, we'll keep going.”