Orchestra makes most of pandemic limitations for virtual concerts

One of the most interesting aspects of the Philadelphia Orchestra’s current season of “virtual” concerts recorded in the Kimmel Center is the need to limit the number of musicians assembled on the stage of Verizon Hall.

Orchestra makes most of pandemic limitations for virtual concerts 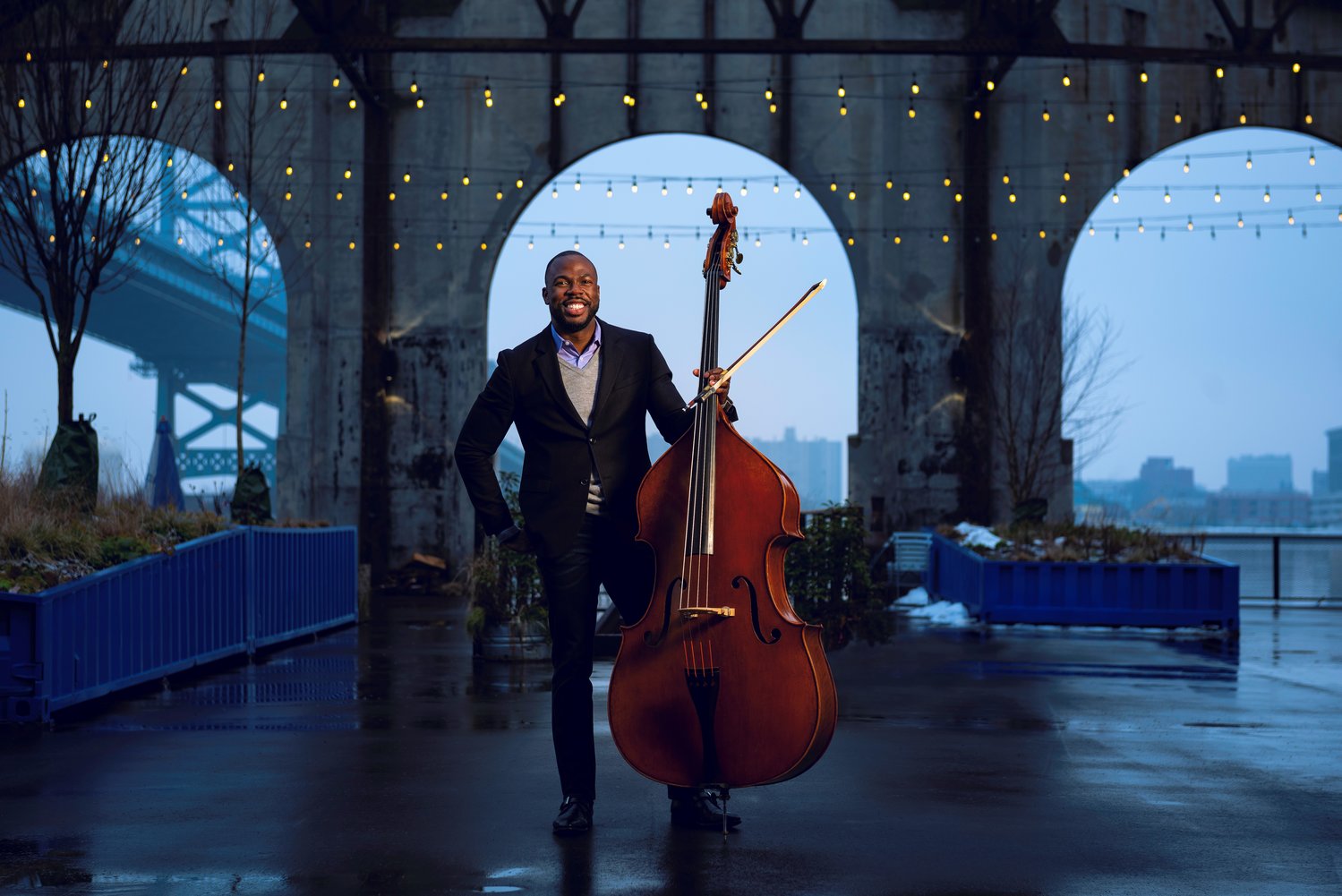 Associate principal double bassist Joseph Conyers spoke before the Philadelphia Orchestra’s performance, explaining the repertoire the orchestra was about to play.
Posted Thursday, April 15, 2021 10:00 am
by Michael Caruso

One of the most interesting aspects of the Philadelphia Orchestra’s current season of “virtual” concerts recorded in the Kimmel Center is the need to limit the number of musicians assembled on the stage of Verizon Hall. Employing fewer players has subsequently limited the repertoire to the 18th and early 19th centuries and scores from the 19th and 20th centuries that field smaller ensembles.

The almost unavoidable result of these limitations has been the return of selections drawn from the classical repertoire of works by Franz Joseph Haydn and Wolfgang Amadeus Mozart. The principal work on the Orchestra’s most recent program was Haydn’s “Symphony No. 49 in F minor (Passione);” the previous concert’s major piece was Mozart’s “Serenade in B-flat for Winds (Gran Partita).”

Although lovers of the symphonic canon’s most expansive scores -- such as symphonies by Brahms, Tchaikovsky, Bruckner and Mahler – may find this shift in emphasis an unpleasant surprise .Lovers of the “classics,” like me, consider it a welcome restoration of balance in the repertoire of the Philadelphians. And, who knows? Perhaps devotees of Mahler’s symphonies may find compelling links from Mozart’s symphonies that open up new possibilities of enjoyment.

Mozart’s “Gran Partita” is scored for two oboes, two clarinets, two bassoons, two basset horns, one contrabassoon and four French horns. Its opening movement functions much in the manner of an opera overture, a prologue to the drama that’s about to unfold.

The second movement is a shapely Menuetto shimmering with aristocratic eloquence, the third is a solemn Adagio, while the fourth is a spritely Menuetto. The fifth movement is a lyrical Romance, the sixth is a Theme & Variations from which the term “Partita” is derived, and the seventh movement is a Molto Allegro finale whose spirit returns to the theatricality of an opera by channeling the personality of Figaro, one of the composer’s most beloved operatic characters.

Although the Philadelphia Orchestra is understandably most acclaimed for the luster of the playing of its string section, its woodwind choir is no less admired for the purity of its blend and the expressivity of its approximation of cathedral choral singing. Under music director Yannick Nezet-Seguin’s strong yet sensitivity baton, the playing was both thrilling and beautiful.

When musicologists credit Haydn with “creating” the 18th century classical style, they do so mostly on the basis of his structural inventiveness. The Austrian-born composer single-handedly dispensed with the Baroque “concerto grosso” format and launched the “sonata-allegro” form that became the standard for sonatas for one or two instruments, trios, quartets, quintets and larger ensembles, sinfonias, concertos and symphonies. These forms were used unabated until well into the middle of the 20th century by composers from Mozart, Beethoven and Schubert all the way through Vaughan Williams, Sibelius, Rachmaninoff, Prokofiev and Shostakovich.

Haydn’s “Symphony No. 49” was dubbed “Passione” because it was premiered during Holy Week and because its first movement seems to recall Christ’s Passion on Good Friday. Cast in the rarely-chosen key of F minor, its mood is most mournful, indeed. The second movement Allegro quickly brightens the tone, the third movement Menuet & Trio sing sweetly, and the closing Presto is a terrifying romp.

Violinist Juliette Kang was the concertmaster for the Haydn, and she played and led with beauty of tone and intensity of focus. Principal cellist Hai-Ye Ni proffered an expertly shaped bass line while harpsichordist Elliot Figg provided a subtle percussive edge to the music’s harmonic progressions. The performance glowed with emotional conviction voiced within the context of stylistic integrity. Nezet-Seguin may not be an 18th century specialist, but he knows how to encourage the “Fabulous Philadelphians” to interpret a score from the inception of the Classical style with panache.

Each of these “virtual” concerts has regularly featured one of the players speaking on the repertoire about to be performed. This time around, that musician was associate principal double bass Joseph Conyers. If ever the Orchestra wants to appoint a member as its spokesperson to a world that nowadays seems to know very little about classical music and why they might enjoy hearing it, Conyers is the man to go to. His remarks were both articulate and heartfelt.