The Philadelphia Orchestra’s two most recent “virtual” concerts were short in duration but interesting in repertoire. Philadelphia’s Academy of Vocal Arts offered a virtual “Farewell Recital” for graduating students. 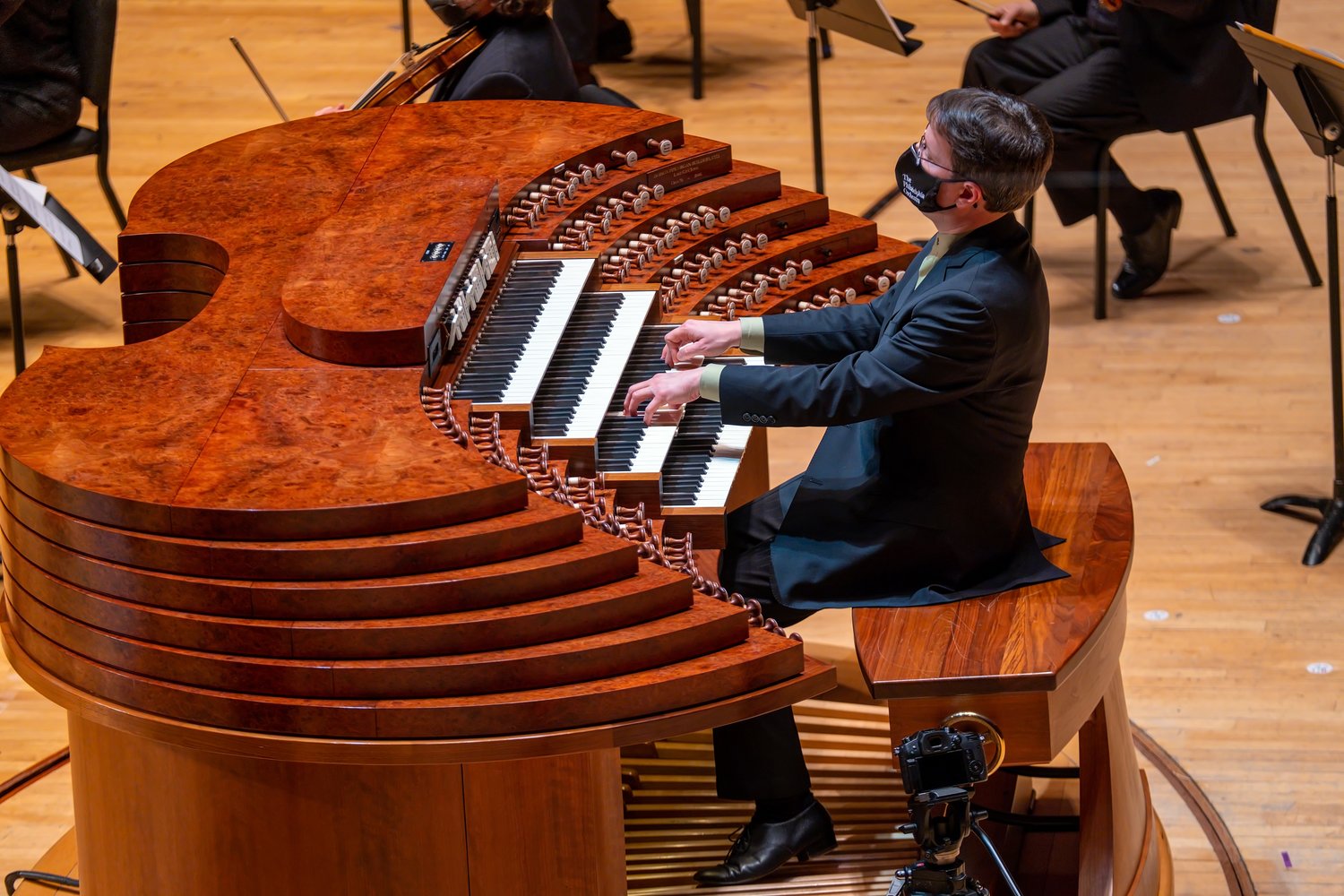 The Philadelphia Orchestra’s two most recent “virtual” concerts were short in duration but interesting in repertoire. The first, heard over the first weekend in May, featured Paul Jacobs at Verizon Hall’s Fred J. Cooper pipe organ while the second, heard the following weekend, was highlighted by an exquisite performance of Mozart’s “Symphony No. 25 in G minor.” Both were “streamed” from the Kimmel Center.

Francis Poulenc, like many “modern” Frenchmen, was not a particularly devout Roman Catholic in the early years of his adulthood. Although France was once styled “The Eldest Daughter of Holy Mother the Church,” Rome’s sway over French society never recovered from the blows it received from the 1789 French Revolution and the decades that followed. By the time the 20th century dawned, Poulenc (1899-1963) was hardly alone in his estrangement from the Catholic Church, if not necessarily from the core beliefs of the Catholic faith.

As it turned out, several personal tragedies in Poulenc’s life brought about a reassessment of that faith. The result was a string of compositions that extolled it and that are among his greatest works.

One of those modern masterpieces is his “Organ Concerto,” which he wrote between 1934 and 1938. The score balances Neo-Classicism, the style that characterized a great swathe of modern classical music that wasn’t serial in harmonic language, with large dollops of Gallic wit, sophistication and tart dissonances.

Of all the individual characteristics of Verizon Hall, probably none has received as much unalloyed praise and admiration as has its pipe organ. One of the largest theater organs in the world, it proffers a symphonic kaleidoscope of colors and two consoles on which the organist can perform. Up amid the pipes is a “mechanical tracker action” console with a direct link to the opening and closing of the pipes. Down on the stage, an “electronic pneumatic action” console can be wheeled out so that a soloist can play with a closer connection to the conductor.

It was on the latter that Jacobs played Poulenc’s “Organ Concerto” early in May. Currently the chairman of the organ department at New York’s Juilliard School of Music, Jacobs is an alumnus of Philadelphia’s Curtis Institute of Music. A double major, he studied with organist John Weaver and harpsichordist Lionel Party. While a student, he was the organist at the Washington Memorial Chapel at Valley Forge National Historic Park.

Alongside an immaculate digital and foot technique, Jacobs displayed a commanding knowledge of Poulenc’s eclectic style of both composition and organ writing. He established the organ as both a sonic “equal in opposition” versus the Philadelphia Orchestra as well as a fully committed collaborator with it. Throughout the rendition, music director Yannick Nezet-Seguin joined Jacobs both competitively and sympathetically.

The concert also featured a sensitive yet exuberant reading of Louise Ferrenc’s “Second Symphony.” Although cast in the style of the symphonies of Felix Mendelssohn and Robert Schumann, it reveals a distinctive musical personality of touching intimacy and sweeping grandeur.

Mozart’s “Symphony No. 25” is often referred to as the “Little G minor Symphony” to set it apart from the later masterpiece, “Symphony No. 40,” also in G minor. Although the “25th Symphony” may not be an unqualified masterpiece in Mozart’s canon, it is an exceptionally beautiful work in which the young composer (he was only 17 years old when he wrote it) displays an astonishing control over the classical forms established by his older contemporary, Franz Joseph Haydn, an imaginative ear for orchestration, an operatic sense of lyricism, and the ability to invest his music with his own unique brand of earthy humor and melting beauty.

Nezet-Seguin gave the score a compelling rendition. All sections of the ensemble – strings, woodwinds and brass – played beautifully. Individual contributions were eloquently highlighted under the Maestro’s sensitive baton, yet every line fell into place with aristocratic and passionate balance.

Despite the effects of the COVID-19 lockdown, Philadelphia’s Academy of Vocal Arts offered a “virtual” season of performances that included its traditional “Farewell Recital” for graduating students. Mezzo Pascale Spinney and baritone Daniel Gallegos, intelligently directed and beautifully accompanied by pianist Jose Melendez, performed music by Rossini, Strauss, Brahms, Chabrier, Tosti and Mozart in the school’s Furness Lounge. May 8-12.

Although the entire program was rewarding, it was the recital’s final offering that most powerfully hit the mark. Spinney and Gallegos sang “La ci darem la mano” as Zerlina and the Don from Mozart’s “Don Giovanni,” considered by many opera lovers to be the greatest opera ever composed. Their suave reading proffered Zerlina’s hesitancy and the Don’s guile through finely shaped singing.