How to be fascinating at Thanksgiving dinner

You'd have to read about 50 books and 2,000 Twitter tweets to learn what really happened during the race wars back in Plymouth Colony in the 1620s. Let us save you the trouble by leaving out the nasty bits and concentrating on the warm and fuzzy (where we can).

How to be fascinating at Thanksgiving dinner 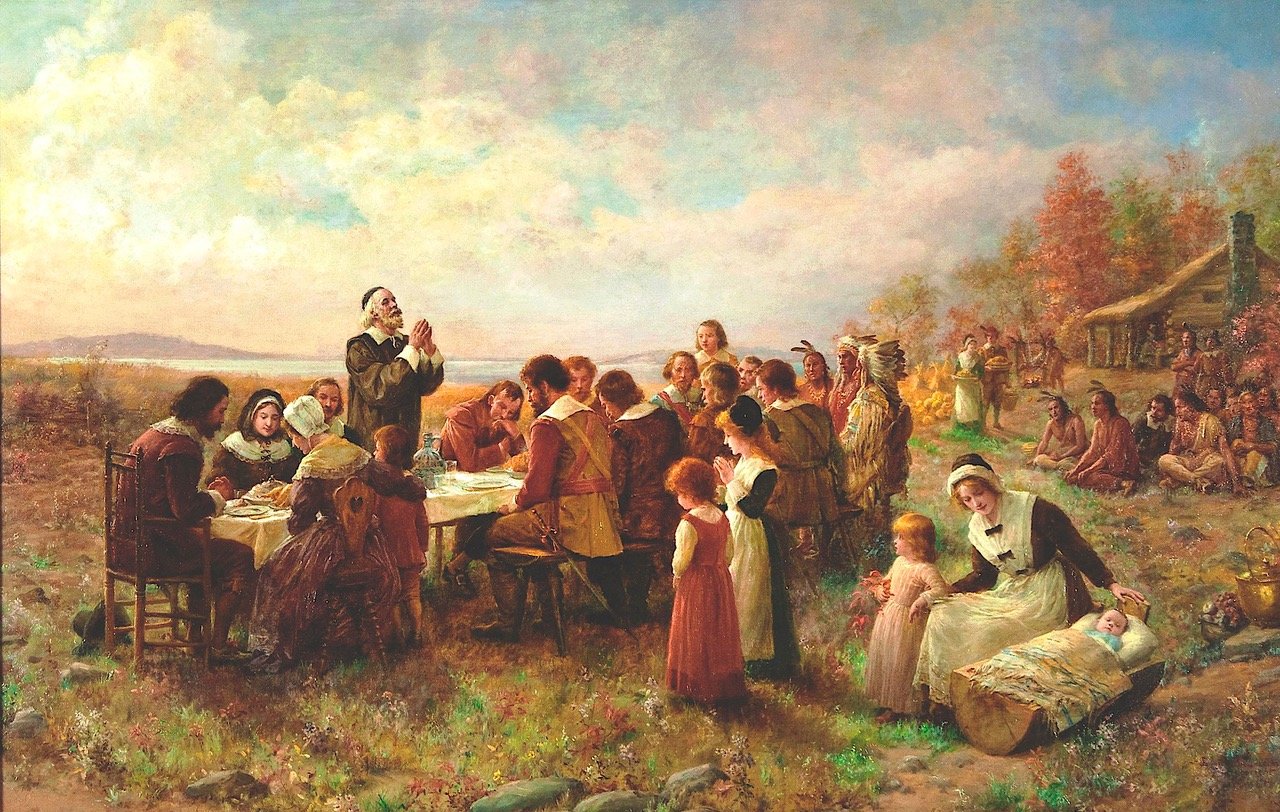 If you've idly picked up this newspaper on Thanksgiving Day, you probably need relief from the sight of your relatives and the sound of televised football. Be smart – take this article out to the carport and memorize it. It will give you some conversational snippets for dinner later. Okay, here we go.

Thanksgiving is the only holiday shared by all Americans, no matter what religion they lip, ethnic origins they parade to, (except for some recent immigrants and most Native Americans), or skin color they wear (but not green).

Thanksgiving's origins lie somewhere between "Peanuts" -like sweetness and "Simpsons"-like nastiness. You'd have to read about 50 books and 2,000 Twitter tweets to learn what really happened during the race wars back in Plymouth Colony in the 1620s. Let us save you the trouble by leaving out the nasty bits and concentrating on the warm and fuzzy (where we can).

Thanksgiving was a religious idea before it was a family feast. The idea of a "Day of Thanksgiving" was fairly common throughout the American colonies, with several early 17th-century celebrations having been held in the Virginia colonies, including one in Jamestown in 1610. And actually the earliest claim has been made for Sept. 8, 1565, when Spanish Admiral Pedro Menedez de Aviles, founder of St. Augustine, Florida, declared a day off from genocide to give Thanksgiving. After a celebratory mass, Spanish settlers and the local Timucuan Indians enjoyed a feast together.

The famous settlers of Plymouth Colony did not hold their famous three-day feast with the Wampanoag Indians until 56 years later – Nov. 21, 1621. Practically yesterday. Oh, and they never called themselves Pilgrims, nor did anyone else call them that – until the 1870s.

(What will History call us? A good conversational aside, if your family serves the hard stuff and you're looking for an excuse to storm off till next year.)

The Plymouth Colony crowd did get all the credit for inventing Thanksgiving though, probably since so many of our early American writers and publishers were from New England. The Continental Congress proclaimed national days of Thanksgiving many times during the Revolutionary War, always as solemn days of giving thanks to God.

When folks at your family's table get to arguing about when Thanksgiving was first declared a national holiday, wait till they're flinging stuffing at one another to settle it by crowing, "Abraham Lincoln did it: October, 1863." He said it should be celebrated on the "the final Thursday" of November each year.

That's how it stood until 1939, during the Great Depression. That November had five Thursdays. The Federated Department Stores (later, Macy's) convinced FDR to move up the holiday by a week, so there'd be more time for Christmas shopping. Roosevelt agreed, as an economy booster, and called for a "fourth Thursday" holiday.

The Republicans (of course) opposed his interference with what the Founding Fathers had declared in one of the Bible's early chapters. The result: 23 states celebrated on the fourth Thursday and 22 on the final Thursday. In 1941 Congress settled the matter by declaring for the fourth.

And by the way, if you're starting to freeze out there in the carport while you pretend to be taking up smoking again, here's another fact: the earliest possible date for Thanksgiving is November 22, the latest is the 28th.

In conclusion: You're wondering probably, how do Native Americans observe Thanksgiving Day here in their native land? Some celebrate it just like us Chestnut Hill Peninsula folks: white-meat turkey breasts with a dry martini basting. Others see the "American" holiday as White America's celebration of genocide. They call it "Un-Thanksgiving Day." A number even gathers to observe a "National Day of Mourning" at Plymouth Rock. Many are said to privately cover their ears and eyes and practice Munchian screaming for twenty-four hours. Probably better not to mention that one at the table, though.

You can come back in from the carport now. Dinner is about to be served. The football game's volume is slightly muted. When there's a break in the career braggings of your siblings and cousins and in-laws, you can confidently raise your voice over theirs and tell them what you've learned here. Heck, if you haven't hit the Beaujolais nouveau 2021 too hard, you could even read it to them. No extra charge.

Hugh Gilmore is the author of "Scenes from a Bookshop" and "Malcolm's Wine," two stories based on his days operating a used book shop in Chestnut Hill. Both they and other writings by him are available through bookstores and via Amazon.com, in both paperback and ebook formats.