Parents of the Northwest: Greg and Whitney Grant

Parents of the Northwest: Greg and Whitney Grant 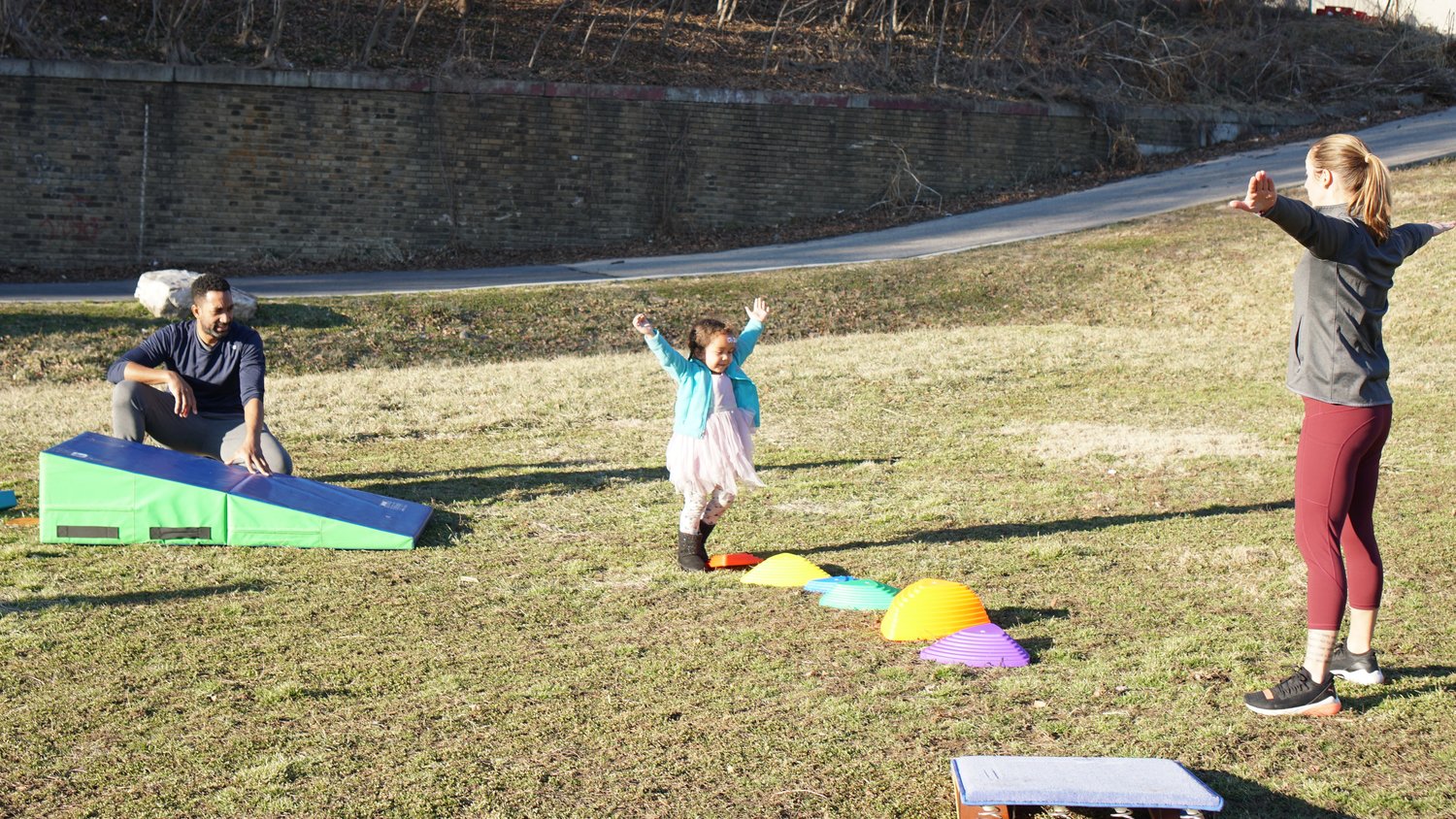 Coaches Greg and Whitney Grant, with their daughter ZZ. 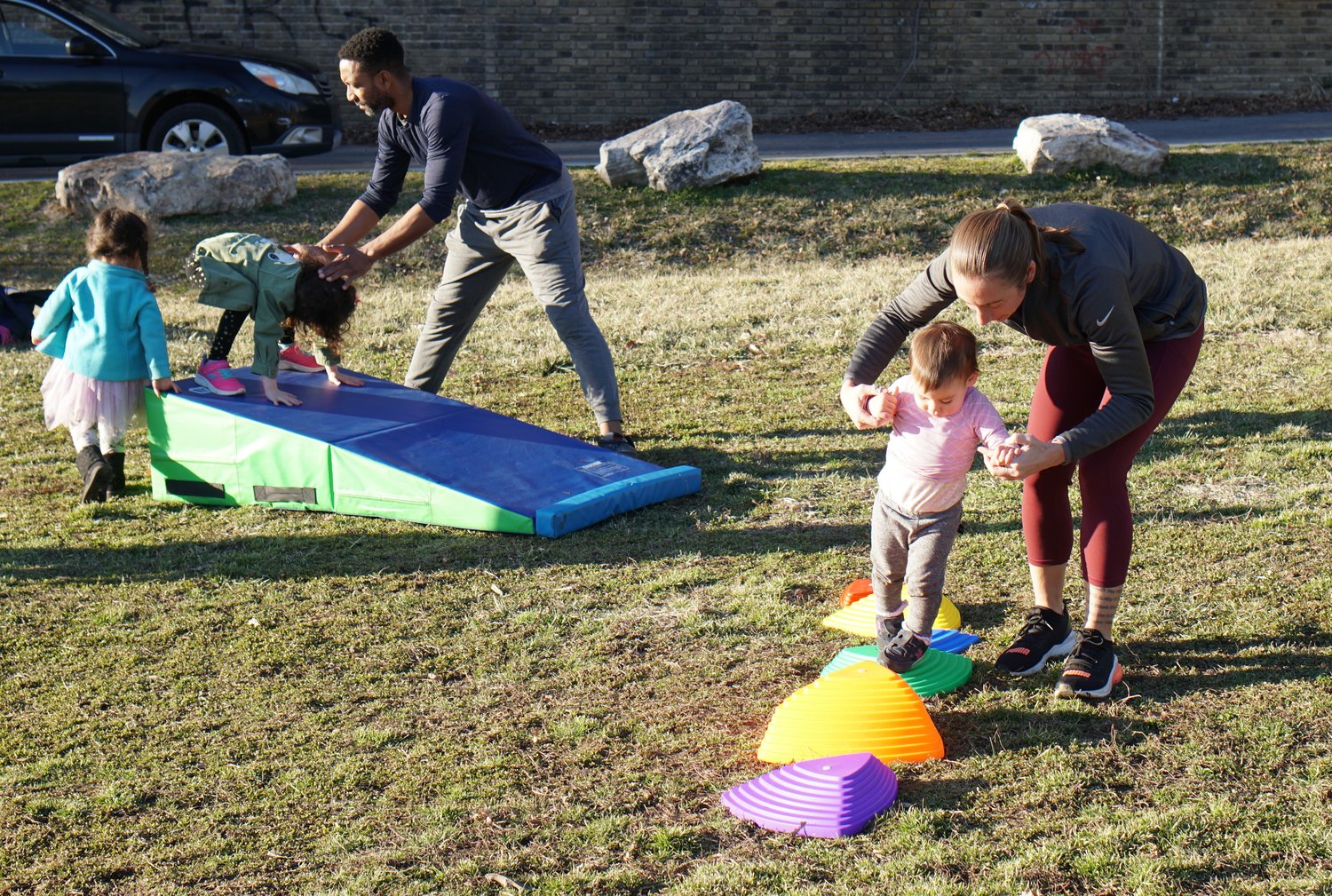 Reflex Sports offers noncompetitive sports instruction, which emphasizes the value of the activity, rather than the outcome.
Previous Next
Posted Thursday, March 17, 2022 12:00 am
by Abby Orenstein

Some people take time at home to eat ice cream and regroup when they go through a break-up.

The day Whitney Strange broke up with her boyfriend, she invited coworkers for drinks to celebrate. Coach Greg Grant was one of only two people to show up. Upstairs at the Tilted Kilt, an Irish pub in King of Prussia that has since closed, Coach Greg and Coach Whitney, employees at the same fitness organization, danced all night together. At the time, neither was sure it was the best idea to date a coworker.

But life happens. In 2011, Coach Whitney and Coach Greg rented a house in Chestnut Hill together. A year later, they bought their home in Roxborough. In 2015, they married, and in 2018 they welcomed into their lives Zuri Phoenix Grant, otherwise known as “ZZ.”

And now, ZZ is a mainstay of their business, a children’s gymnastics program that the Grants named Reflex Sports. The couple holds classes at several locations in Northwest Philadelphia, including Summit Presbyterian Church in Mt. Airy. Classes are primarily outdoors. ZZ participates.

“I don’t know, let’s try this,” was the attitude they brought to developing their project, which began in 2019 with 20 clients at North Light Community Center in Manayunk.

Then COVID forced their spring 2020 session to close. The couple decamped to South Carolina so that Whitney Grant’s family could help with ZZ while the couple made free videos. While there, they built a four-week camp that they shared with parents like themselves.

“People would notice that it was light outside in the background of the videos, which was during Z’s nap. Then they would notice it was dark. That was when we picked back up again because she was asleep for the night,” Whitney Grant said with a laugh.

By the end of that spring, Reflex had more than 100 clients. Families in the Northwest clearly needed what Reflex had to offer.

“While ZZ was discovering everything in the kitchen cabinets …we were outside creating sensory activities for kids, coloring worksheets, live videos where we would give parents or caregivers tools for talking to their kids and building self esteem,” Whitney Grant said.

This isn’t to say starting a business with your spouse while “dumped into a pandemic,” has been easy, Greg Grant said. It still isn’t, and both coaches are transparent about that. “We have different ways of thinking,” Greg Grant said.

His wife is “type A,” organized, practical and mindful of supplies while Greg Grant can be disorganized, kooky and creative in problem solving.

Still, “we are each other’s person,” Whitney Grant said. And finding ways to “share anxieties and know when to give each other space” keeps the project moving through inevitable challenges.

Together, they hope to open a Reflex Sports in its own space, somewhere in Northwest Philadelphia.

Reflex is shaped by the couple’s backgrounds in recreational therapy and psychology. Each child gets tailored attention. And while it looks like simple play, Whitney Grant has an underlying intention for each class - such as increasing a child’s confidence or building meaningful relationships.

Her husband, meanwhile, said he is seeking to break down what he calls a “culture of division.”

“Our country has been so focused on raising children in order to ship them away to college,”  he said. “This creates a feeling of separation that perpetuates a sense of individual gain.”

That’s why Reflex provides “noncompetitive” sports instruction, an idea that is core philosophy to the family as well as the program. They emphasize the value of doing the activity itself, and coming together as a collective, rather than what the end result might be for just one person.

Upon arrival, Greg Grant greets each child by name. He is warm and bubbly, but serious.The husband and wife coaching team instruct children on their yoga mats and gymnastics bars, equipment that is transported to each location daily, while parents sit on blankets in the grass. Each week is centered on a story that takes the children through a harvest, on a safari, through the human body, or back in time.

The Grants say they hope the program helps to cultivate connections with and between families of Northwest Philadelphia.

How do they stay sane while balancing starting a business with parenting?

“There is no such thing as sanity,” Greg Grant said, laughing.

What would their parenting book title be, if they had one?

“I would call it trying to stay present and grateful amongst juggling chaos and insanity,” Whitney Grant said.

Greg Grant noted that each parent getting time to work on themselves is crucial. “Your time, my time, our time,” he said. “We’re getting better at taking initiative with self-care and sanity,” Whitney Grant added. What the couple shares with regard to both business and family they say, is that “we both really care.”