On the morning of Oct. 17, weather forecasts predicted the arrival of precipitation smack in the middle of the 2022 Inter-Ac League cross country championships that afternoon. 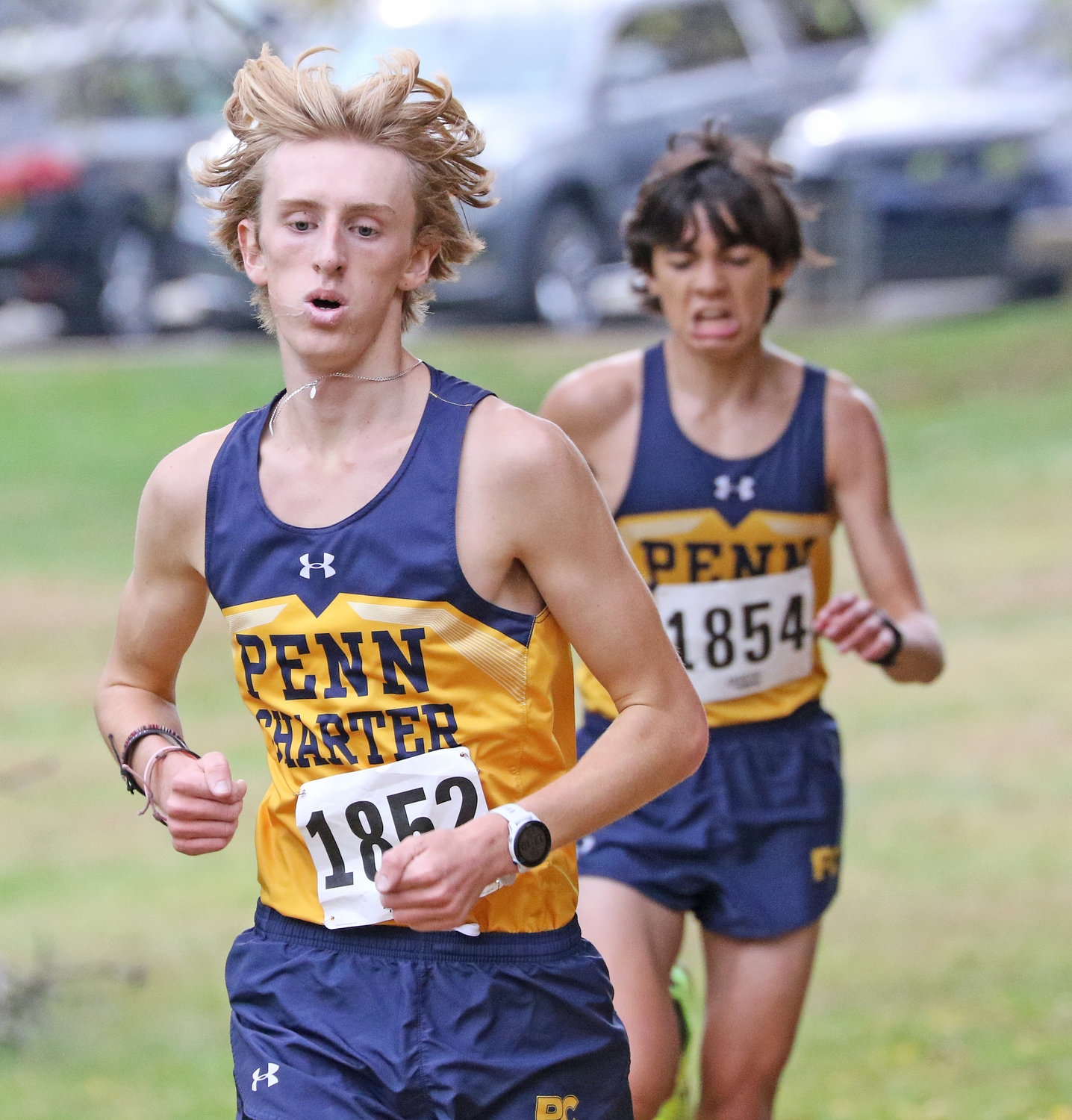 Penn Charter number one Wesley Trautwein runs just ahead of sophomore teammate T.J. Zwall near the end of the Inter-Ac race. They would place sixth and seventh, respectively.
Photo by Tom Utescher 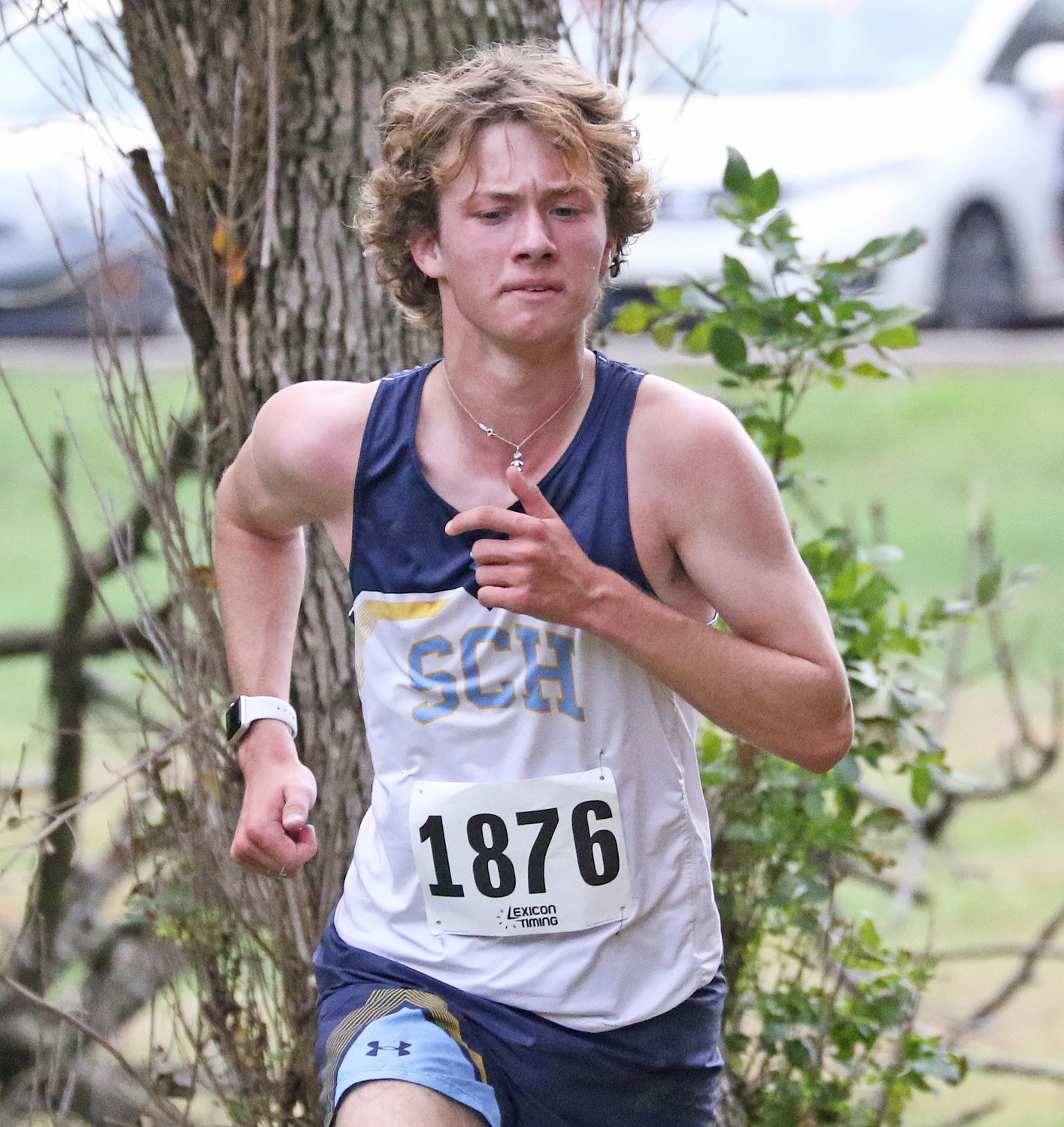 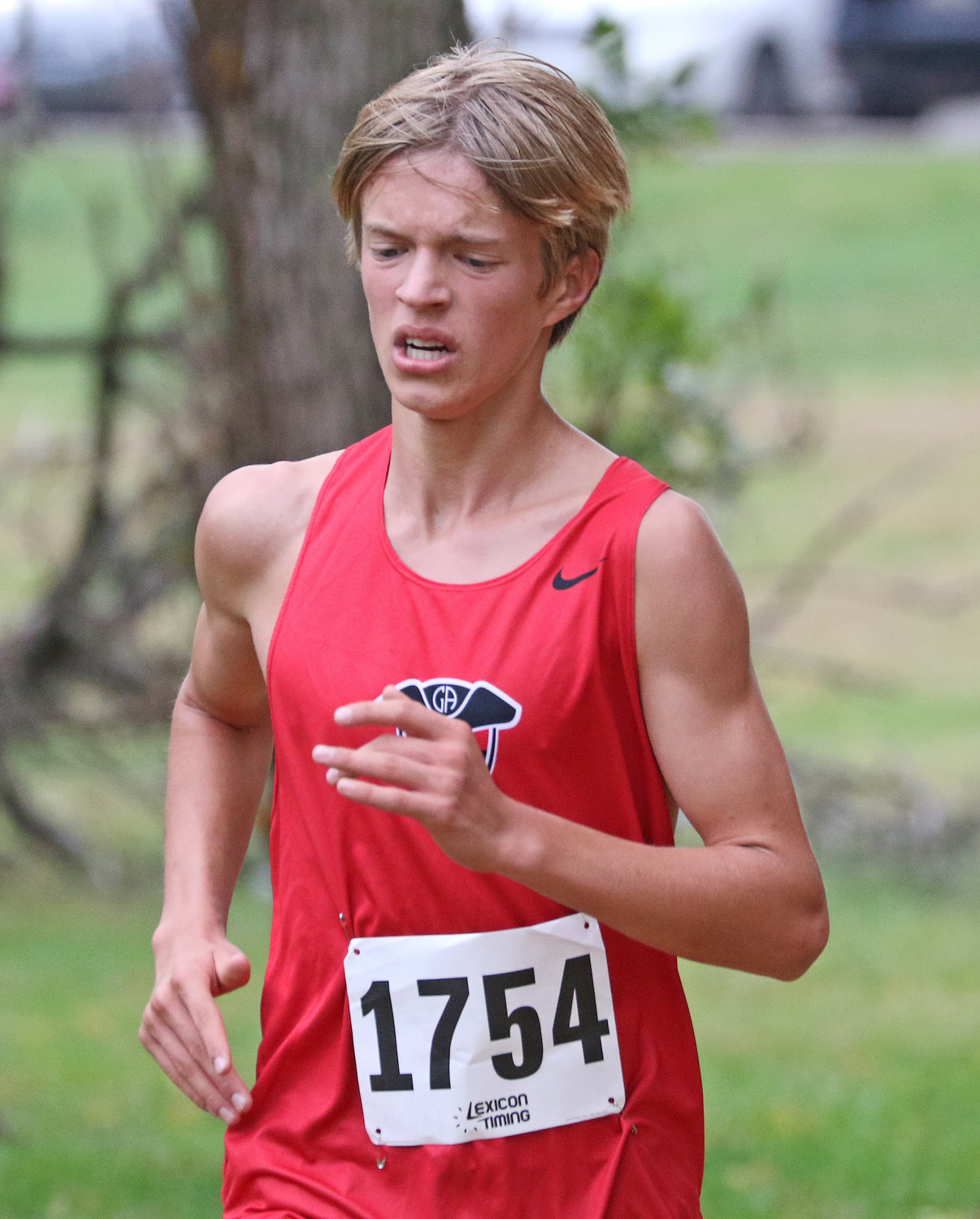 On the morning of Oct. 17, weather forecasts predicted the arrival of precipitation smack in the middle of the 2022 Inter-Ac League cross country championships that afternoon. As it turned out, the first drops began to fall about half-an-hour after the race schedule wrapped up on Belmont Plateau in Fairmount Park.

Speculation about the rain's arrival seemed less certain than expectations regarding the outcome of the varsity boys' championship race. Episcopal Academy had thoroughly dominated regular-season meets, and at the league champs last week the Churchmen put the first five runners across the line, recording a perfect score of 15 points.

Junior Michael Woolery was the overall winner in a time of 16:27.50, while his senior teammate, 2021 champ Aidan McHugh, was 15 seconds behind in the runner-up spot. McHugh's winning time a year earlier was 17:05.80.

Last season, team champion Episcopal and the other two schools from the west side of the Schuylkill had captured the top three places in the Inter-Ac team results. Penn Charter, fourth in 2021, was able to break up the Main Line triad this time around. After the Episcopal pack up front, the Quakers had senior Wesley Trautwein come in sixth in 17:31.00, sophomore T.J. Zwall secure seventh place in 17:32.40 and fellow sophomore Nate Johnson arrive eighth at the line in 17:40.20.

PC came in second in the team tally with 52 points, while Malvern Prep was third with 76 points and Haverford School was fourth, with 98. As in 2021, Germantown Academy was the-fifth place team and Springside Chestnut Hill Academy was sixth. The Patriots and Blue Devils scored 132 and 166 points, respectively.

Senior Jack Frank was Penn Charter's number four, hitting the line in the 11th position at 18:08.0, wrapping up the scoring for the second-place squad was senior James Glomb, who came in 20th at 19:27.30.

The first to arrive at the finish line for the SCH Blue Devils was senior Hans Bode, who claimed the 24th spot with a time of 19:40.60). Finishing 34th through 35 for the Devils, were sophomore Alex Meyer, junior Andrew Mahony, senior Jack Gaghan, and junior Hayden Curry, respectively.