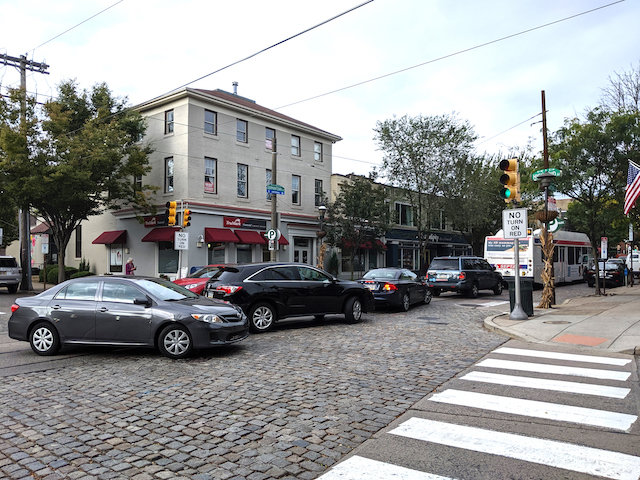 Due to recent road closures by Philadelphia Gas Works, commuters on Germantown Avenue have been dealing with high levels of traffic during their morning and afternoon commutes through the neighborhood.

The project began in June and also includes work on West Chestnut Hill Avenue and Rex Avenue. According to Melanie McCottry, PGW Director of Public Affairs, construction is expected to wrap on Seminole and Rex by the end of November, while West Chestnut Hill will go to early March at the latest, depending on the weather.

McCottry said PGW notified nearby residents who would likely be impacted before work officially began, and it also attempted to let neighbors know through the social network Nextdoor. She said there is only so much that can be done about issues like traffic in the face of a major road closure, but the organization is still looking to help make rerouted traffic less frustrating however it can.

“We definitely want to hear about traffic issues and other feedback from residents,” McCottry said. “We want to do what we can to alleviate those issues, though the work still has to get done.”

Though this project began in June, residents have only been recently feeling the strain of Seminole’s closing because PGW has gone block-to-block in its work. This has resulted in specific stretches of affected road being clear at certain points so far. Additionally, it has also set construction hours from 7 a.m. to 3 p.m. in an attempt to not disturb the evening rush hour traffic.

Despite any frustrations caused by this roadwork, PGW realizes that this is still necessary work and that having new gas lines will be beneficial to near neighbors in the long-term future.

“We recognize that this can be a real inconvenience,” McCottry said. “Once we finish a project, I tell people they won’t see us for a very long time. We have to stay on top of managing our system. Hopefully by sharing information, we can work to further alleviate the situation.”

Visit PGW's website for a detailed view of this project and other ongoing PGW constructions. Brendan Sample can be reached at brendan@chestnuthilllocal.com or 215-248-8819.