Philadelphia’s single-use plastic bag ban goes into effect for retail establishments across the city on October 1st, and the Chestnut Hill Community Association is celebrating that fact with a Reusable Tote Bag Decorating Contest open to young people 14 years old and under. 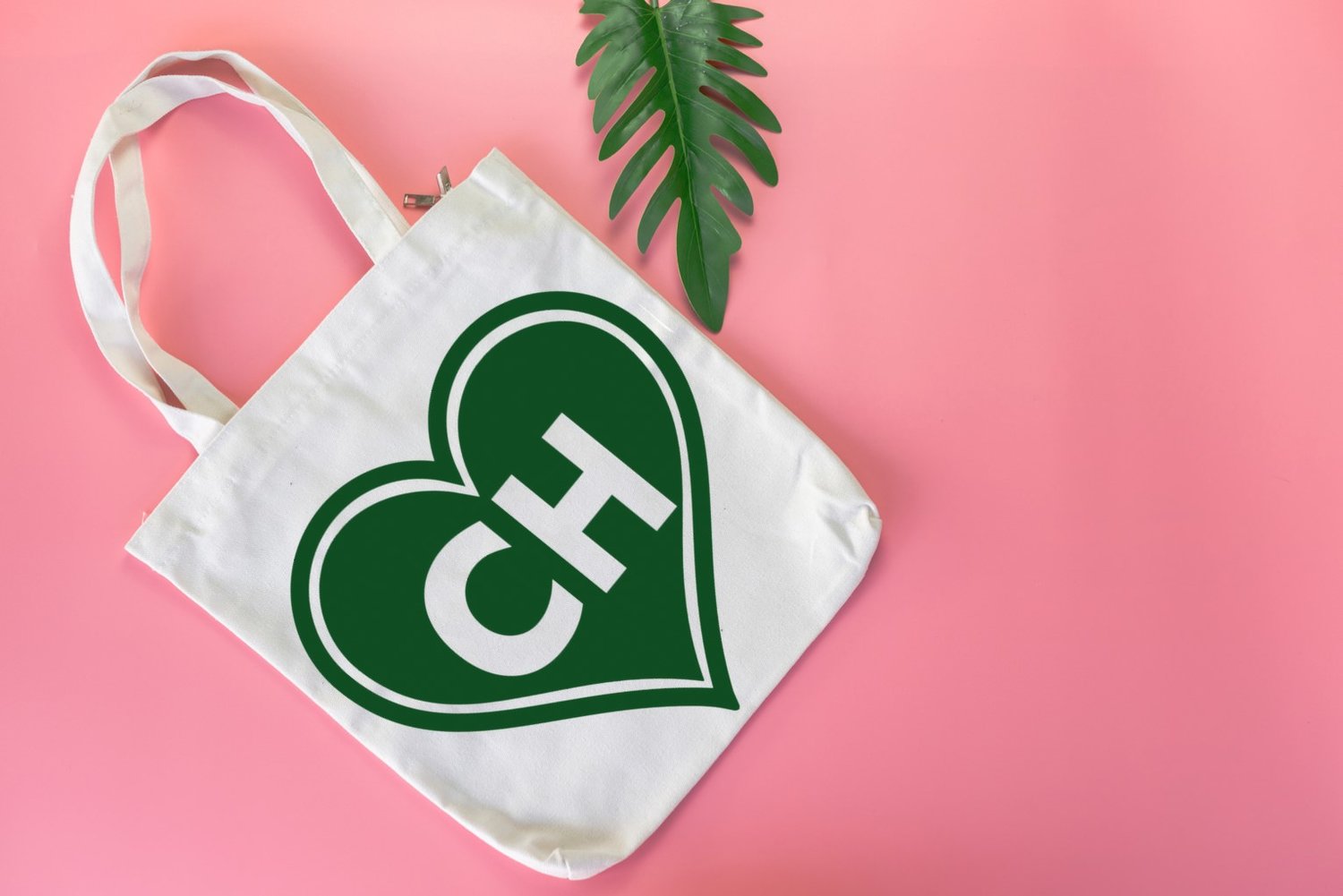 Philadelphia’s single-use plastic bag ban goes into effect for retail establishments across the city on October 1st, and the Chestnut Hill Community Association is celebrating that fact with a Reusable Tote Bag Decorating Contest open to young people 14 years old and under.

The contest, which will make its debut at this weekend’s Fall for the Arts festival, encourages entrants to incorporate environmentally conscious themes, such as Save the Earth, Love our Planet, Reduce, Reuse & Recycle, and Sustainability into their designs. The winning design will be showcased in the Chestnut Hill Local newspaper and be printed on the CHCA’s new tote bags.

The CHCA considers the contest a form of reciprocal outreach, offering young people a chance to express themselves, and to inspire those of us who do the shopping to change our habits. The new bags will be ready in time for shoppers to use at various local retailers that are making the switch, including Fresh Market, Acme, Market at the Fareway.

“We want future generations to live in a stable climate and feel empowered by their connection to the earth,” said CHCA executive director, Anne McNiff. “They are growing up in a world in which climate change is their lived reality. Their future will undoubtedly entail ongoing and massive efforts to mitigate the damage to the earth that was set into effect well before their time.”

Single-use plastic bags came into fashion in the 1970s, before it was widely understood what kind of impact they would have on our environment. The bags, which are used only once and then remain in our environment for hundreds of years, deliver a double impact. First, they use valuable energy to produce, although not as much as it takes to manufacture paper bags. Second, they wind up as litter, getting washed down sewer inlets and making their way into streams, rivers, and oceans.

As a result, an estimated 100,000 marine animals die from ingesting or becoming entangled in plastic bags and flexible plastic packaging every year. And because plastic doesn’t totally degrade, but rather breaks down into microplastics, some of this petrochemical waste product winds up in our bodies when we eat seafood.

Plastic bags have become one of the most littered items in Philadelphia, which currently spends $48 million a year to clean up litter. The city joined more than 400 cities in banning the bags in December of 2019.

Young artists and designers can get the form on page 23, or download a printout of a tote bag to decorate and the rules of the contest on the CHCA’s website at chestnuthill.org/tote_bag_decorating_contest.

They can drop off their design at the CHCA offices at 8434 Germantown Ave, Philadelphia, PA 19118. Or they can visit the CHCA’s booth at Chestnut Hill’s Fall for the Arts festival on September 26t, decorate printable tote bags with the colored markers available, and turn in their designs on the spot. 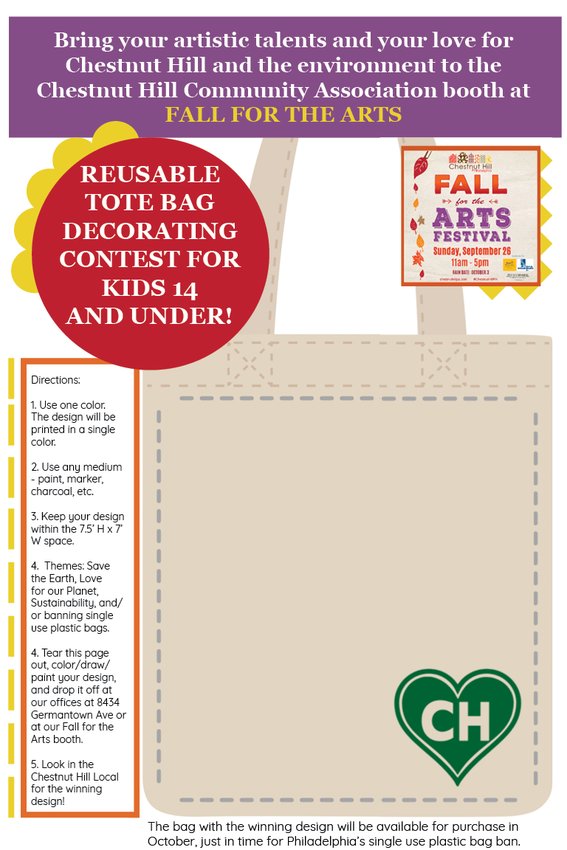