I was fortunate enough to hear and view it virtually, and I’ve come away from the opportunity enthralled and delighted by her efforts. 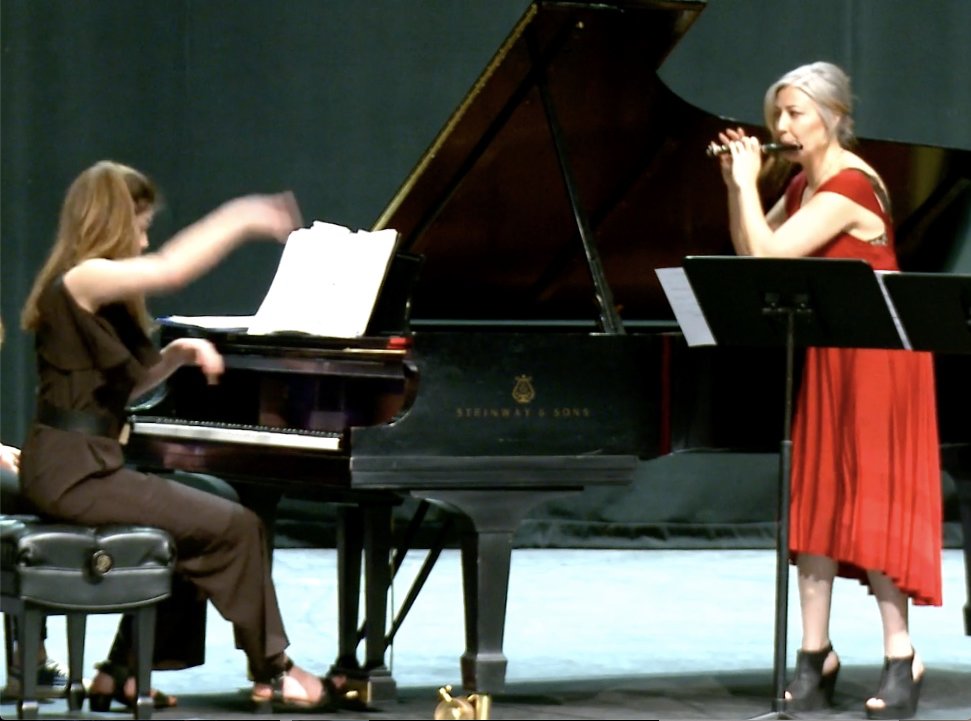 It’s an article of faith among traditional and conservative classical music lovers that there aren’t any great composers of classical music anymore. For many, it’s been a downhill disaster since no later than the first two decades of the 20th century. But I’m not quite that pessimistic.

Just in time to support my more optimistic view, Yannick Nezet-Seguin and the Philadelphia Orchestra performed the “Piccolo Concerto” of Chestnut Hill native Amanda Harberg, with piccolo player Erica Peel as soloist. I was fortunate enough to hear and view it virtually, and I’ve come away from the opportunity enthralled and delighted by her efforts. The Concerto is a seamless melding of neoclassical, post-romantic and jazz influences, concise and vibrant, focused and expressive.

Harberg describes herself as a “lifer” from Springside Chestnut Hill Academy. “I went on to earn my bachelor of music and master of music degrees at the Juilliard School in New York City, where I won the school’s Peter Mennin Prize for outstanding undergraduate accomplishment.”

Harberg lives and teaches in Glen Ridge, NJ, and also teaches at Rutgers University as well as the Interlochen Arts camp.

“In the last decade,” she continued, “I’ve written a great deal of chamber music – often involving woodwinds – as well as a ‘Viola Concerto’ and several orchestral pieces. My ‘Clarinet Concerto’ will be premiered this summer with the Reno Philharmonic and clarinetist Yao Guang Zhai.”

Harberg was recently honored by the International Clarinet Association as the ‘Composer of the Month,’ her music has won four National Flute Association New Published Music awards, and she received two New Jersey State Council on the Arts awards, a New York State Council on the Arts Award, and a Fulbright Hays Fellowship. She also earned her PhD. From Rutgers University.

“My ‘Piccolo Concerto’ was the result of a consortium of commissions,” Harberg explained. “Originally I composed my ‘Sonata for Piccolo and Piano’ in 2018 as the result of a commission from 24 piccolo players. Erica Peel later commissioned me through a GoFundMe campaign to expand the sonata into a full-blown concerto. It was originally intended to be premiered at the 2020 National Flute Association convention, but that was cancelled due to COVID-19. As one door closed, another opened: the Philadelphia Orchestra premiered the work in 2021 on its Digital Stage with Erica as soloist and Yannick Nezet-Seguin conducting.”

Harberg recalled that, as a child, she enjoyed the feeling of holding woodwind instruments in her hands. She still uses her old flute to play through all of her wind music for phrasing and dynamics. She’s also grateful that woodwind players are enthusiastic when it comes to playing new music. She’s composed for flute, piccolo, clarinet, bassoon, saxophone, English horn and wind quintet.

“The piccolo especially needs repertoire,” she said. “Historically, the instrument is used in the orchestra to add sparkle and brilliance due to its high register. However, due to that high register, its repertoire is limited. When I first started writing for the instrument, I realized how beautiful it is in its middle and lower registers.”

Harberg mentioned her “dynamic partnership” with Peel, having worked frequently with her as a piccolo/piano duo. “The ‘Piccolo Concerto’ was an incredible culmination to our work together. Erica had many suggestions for new techniques to try out, including the Jethro Tull-inspired singing while playing effect, which I used in the third movement.”

“I was able to be present during the recording session January 12, 2021, in which Nezet-Seguin led the Orchestra. He was an inspiration who communicated his profound musicality, kindness and sense of humor, all the while managing to problem-solve with incredible efficiency. And while he graciously asked for my input, I didn’t need to give any because his interpretation was already so glorious and impeccably prepared.

“I grew up attending Philadelphia Orchestra concerts with my parents,” Harberg remembered. “Hearing this great orchestra as a child is part of why I am a composer and musician today. So, for me, being present at this recording session was one of the most meaningful musical experiences of my life.”

Regarding her springtime residency at SCH Academy, she said, “The Springside Class of 1957 established an artist-in-residence program to support a performing or visual artist to work with the students in a public capacity at the school. I was honored when Ellen Fishman, composer and educator who has been the director of arts and new music at SCH for 10 years, invited me to be the artist-in-residence for 2022. I will visit SCH this May for a day of three assembly performances. Erica Peel will join me in these assemblies, where we will present and perform my ‘Piccolo Sonata’ together.”

You can contact NOTEWORTHY at Michael-caruso@comcast.net. To read more NOTEWORTHY, visit www.chestnuthilllocal.com.