During his time at the Phillies’ helm he had his two most important and respected accomplishments: getting Citizens Bank park built so that the team could put on an extraordinary five-year run from 2007 to 2011, winning their division each year and making appearances in the 2008 and 2009 World Series, winning it in 2008. 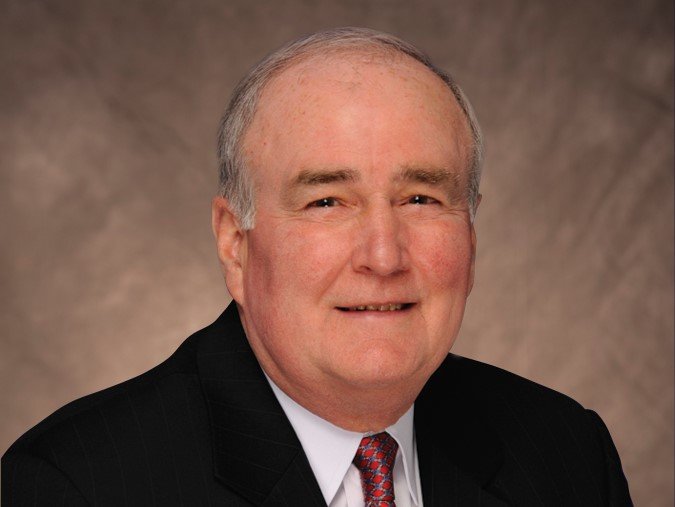 It was quite a weekend. Clearly, the baseball gods were smiling on the Philadelphia Phillies.

On Friday, August 6, the Phils honored former Wyndmoor resident David Montgomery. David (he hated being called “Mr. Montgomery”) worked for the Phillies from 1971 until his death from cancer in 2019. Working his way up from the sales office, in 1997 he was named the team’s president and general partner, a job he held for 17 years.

During his time at the Phillies’ helm he had his two most important and respected accomplishments: getting the state-of-the-art, fan friendly Citizens Bank park built so that the team also under construction could put on an extraordinary five-year run from 2007 to 2011, winning their division each year and making appearances in the 2008 and 2009 World Series, winning it in 2008.

At the July 25 ceremony at the Baseball Hall of Fame in Cooperstown, NY, David was honored as the fifth recipient of the Buck O’Neil Lifetime Achievement Award.

Presented by the Hall of Fame’s Board of Directors not more than once every three years “to honor an individual whose extraordinary efforts enhanced baseball’s positive impact on society, broadened the game’s appeal, and whose character, integrity and dignity are comparable to the qualities exhibited by O’Neil, after whom the award is named and who, in 2008, was its first recipient.”

While celebration of his honor as the O’Neil Award honoree was the focus of the evening at Citizens Bank Park, it was his personal concern for his employees, and his knowledge of their families and lives outside of baseball, that made people who worked for him feel blessed.

At the Hall of Fame ceremony Baseball Commissioner Rob Manfred said, “Dave Montgomery was truly beloved throughout our game. As the longtime leader of the Phillies Dave developed a culture that was truly like family.

“Dave’s influence in the game went far beyond the Phillies. For more than two decades Dave played a pivotal role in virtually every major league baseball initiative.”

In accepting the award for her late husband, Lyn Montgomery noted that David hated to be the center of attention. Eight months before his death, Mrs. Montgomery said, the Phillies renamed the club’s most prestigious award, the Ashburn Award, “The Richie Ashburn and David Montgomery Special Achievement Award.”

“At that time he told employees in an e-mail ‘there could be no greater honor then to be associated with an award that recognizes the dedication, loyalty, and passion of my co-workers.

‘For nearly half of a century I’ve been blessed. I’ve been fortunate enough to have worked in baseball for my hometown team with a countless number of wonderful people. It was a dream come true.’”

His love for his home town was never more obvious then on the night the Phillies won the 2008 World Series when he said “Our first name is Philadelphia.”

Perhaps the best part of a great evening was that the Phillies beat the New York Mets 4-2, moving them into first place in the National League East.

The next afternoon, the Phillies honored second baseman Manny Trillo as the 42nd inductee on the Toyota Phillies Wall of Fame.

Trillo was the starting second baseman when the Phils won the 1980 World Series. During his four years with the Phillies (1979-1982) Trillo was the MVP of the 1980 National League Championship Series win over Houston. He also played in two All-Star games, won three NL Gold Glove Awards, and two NL Silver Slugger Awards.

After his plaque was unveiled, the Phils defeated the Mets 5-3.

Sunday afternoon the Phillies retired Hall of Fame Roy “Doc” Halladay’s number 34. Halladay, who pitched for the Phillies from 2010 until his retirement in 2013, died in a plane crash in 2017 and was inducted into the Baseball Hall of Fame in 2019.

His 2010 season featured, on May 29, Major League Baseball’s 20th perfect game (only one other Phillie had pitched a perfecto, Jim Bunning on June 21, 1964). On October 6 against the Cincinnati Reds, he threw the second postseason no hitter in baseball history (the other: Don Larsen’s perfect game for the Yankees against the Brooklyn Dodgers on Oct. 8, 1956).

The Sunday game ended with Zach Wheeler throwing a 3-0, Halladay-like victory for the Phillies, increasing their lead in the NL East to two games over the Atlanta Braves. Wheeler retired 22 straight Mets. The last person to do that was Doc Halladay. The Phils have now won eight in a row, something they haven’t done in 10 years when their last eight-game winning streak was started by, you guessed it, number 34.