It is an overused expression, but if anyone ever fit the label of “Renaissance woman,” it is Charleen Stevens Watson. The Flourtown resident for the past eight years (and in Chestnut Hill … 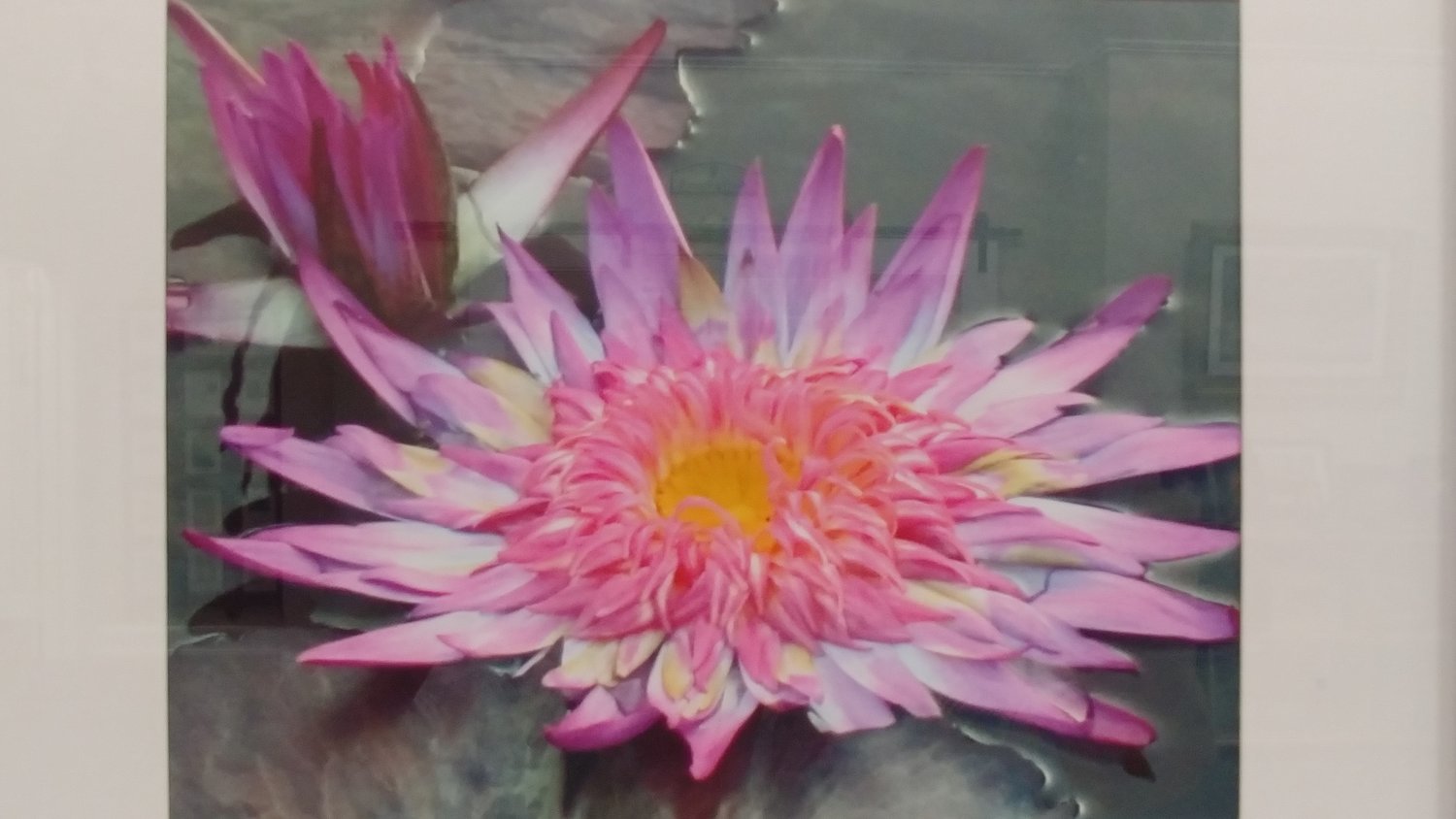 This pink waterlily photo, taken at Longwood Gardens, is in the exhibit. 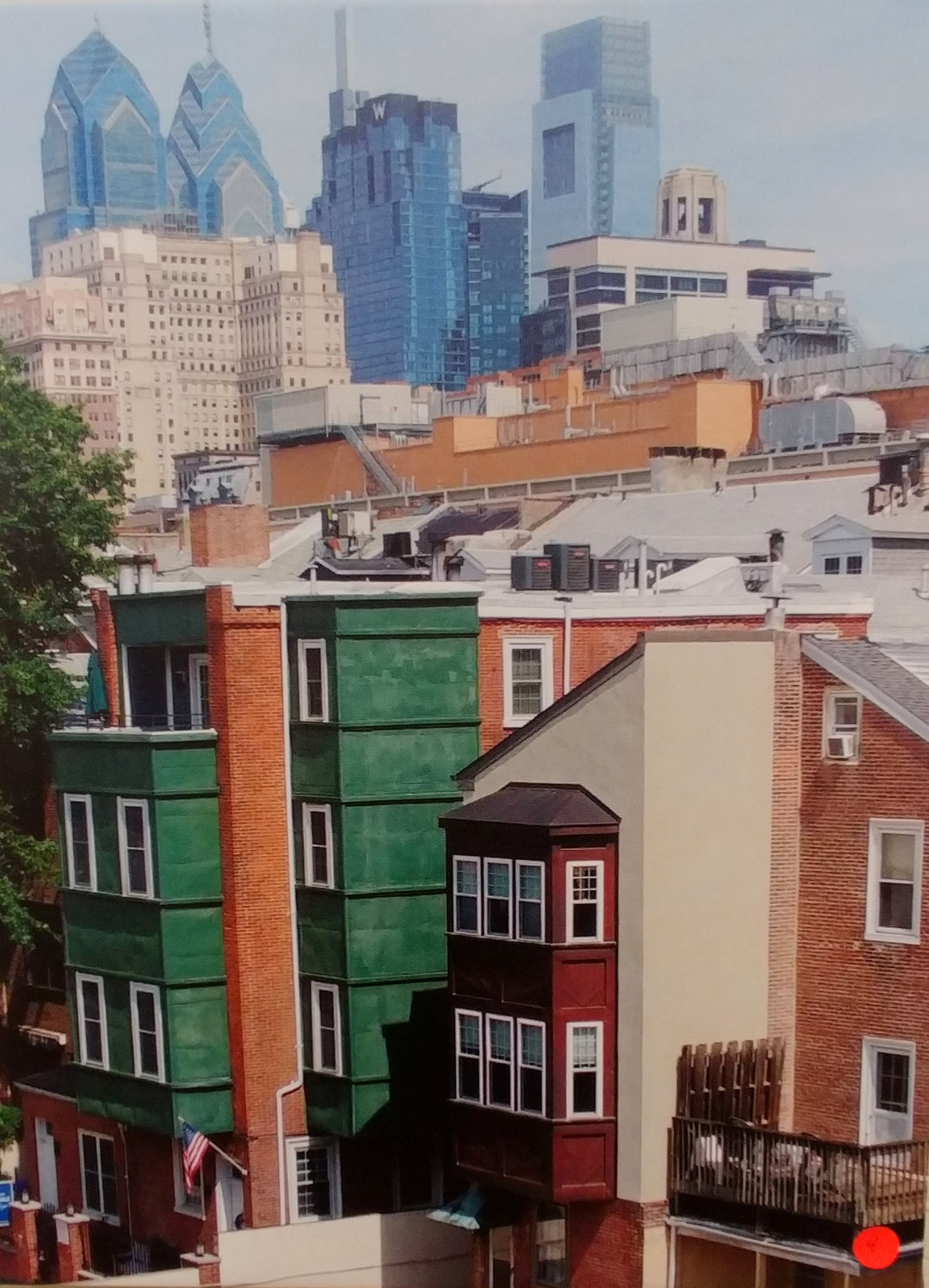 “Philadelphia, Old and New,” a canvas print, was taken from a Pennsylvania Hospital patient room. 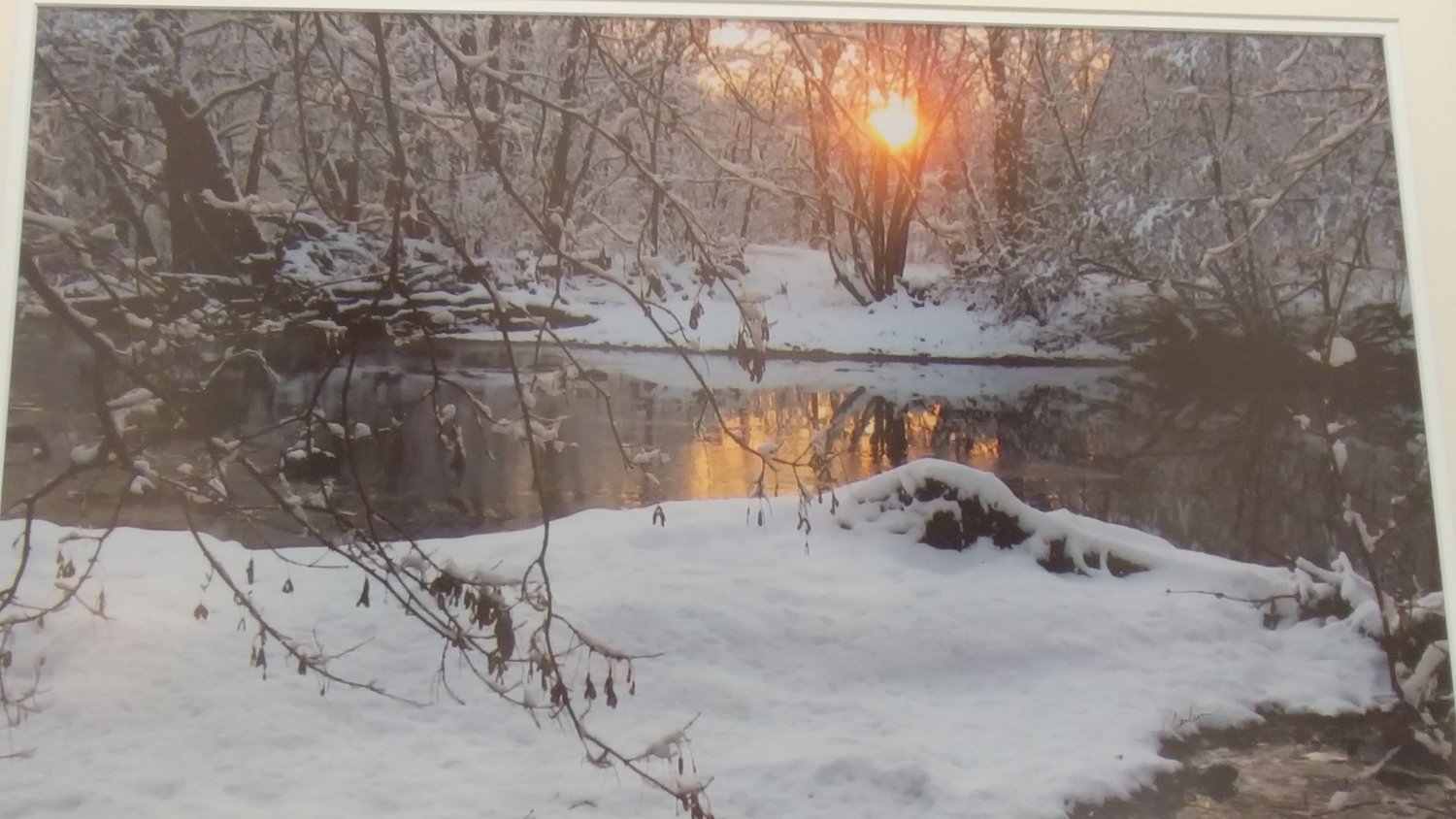 A photo by Charleen of a Wissahickon sunset.
Previous Next
Posted Wednesday, September 29, 2021 8:00 am
by Len Lear

It is an overused expression, but if anyone ever fit the label of “Renaissance woman,” it is Charleen Stevens Watson. The Flourtown resident for the past eight years (and in Chestnut Hill for 30 years before that) has performed at the highest level of excellence in classical music, Chinese silk painting, gardening, Japanese flower arranging, songwriting and painting as well as photography.

Center on the Hill and the Presbyterian Church of Chestnut Hill have previously exhibited her photos, but a new exhibit of 150 of her stunning nature photographs opened last week and will continue until Oct. 13 at the Learning Center in St. Thomas Episcopal Church at Church Road and Bethlehem Pike in Whitemarsh.

Some of the photos on display are from Charleen's travels, but most are from Wissahickon Park, lakes and oceans she has visited, water reflections, flowers, “weird abstracts,” bursts of color, etc. “I did modeling when I was younger,” said Charleen, “but now I enjoy being on the other side of the camera.”
When asked her age a while ago, Watson said, “Do you really have to publicize my age? It’s not that I don't want to get old, but I’m not done being young.” She is self-taught in art and photography, having earned degrees in music from the High School of Music and Art and Hunter College in New York City. “I had to choose,” she said. “Music involved private study and instruments, but I could always sketch people on the bus or trees in the park, and I was always photographing them, too … The world needs more devotion to beauty.
“I've been taking photos my whole life, so about five years ago I thought I have to do something with these photos. I went to the Presbyterian Church of Chestnut Hill, and they said they would be glad to exhibit them. I want to leave a body of work behind me.”
Growing up in Queens, New York, Charleen learned to play the piano. “My parents and grandparents gave me recordings of orchestral music such as Tchaikovsky’s ‘Nutcracker’ when I was 5. My mother would take me to plays and concerts in Manhattan.”
Playing the violin as well as the piano in elementary school, she auditioned for and was accepted into one of New York City’s prestigious specialized public schools. As a sophomore she won a place in the All-New York Youth Orchestra playing the violin, even performing at times in Carnegie Hall.

After graduation from college, Charleen secured a job with Harriet Wild Fabric Arts in New York because of her self-taught drawing ability and was in charge of colorings for upholstery and drapery. She then taught music in New York public schools for a few years, but she wanted to see the world, so she left teaching to become a stewardess for Capital Airways. This was during the Vietnam War, and she often flew charter flights to airbases in Hawaii and Japan.


After working in the business world, Charleen returned to art and then music, teaching piano to adults and children in the Chestnut Hill area. At age 40 she began studying Chinese brush painting with the late Phoebe Shih, who taught at the Philadelphia Museum of Art and at her home studio in Flourtown. Charleen was inspired to take a workshop in silk painting, which led her to establish a scarf-painting business. She produced original creations that were featured at the Deb Shop in Chestnut Hill and Philadelphia Art Museum Crafts Shop, but she stopped because “it was so labor-intensive.”
Charleen studied Ikebana (Japanese flower arranging) with the late Bernice Makin, a famed horticulturist, and won a blue ribbon and “Best of the Day” in the Philadelphia Flower Show with her first solo entry.
Watson, who is also a multi-award winner in Philadelphia’s City Gardens Contest, said, “I have an acre to work on ... Having a garden improves one's quality of life. I receive joy either in my garden or at the Wissahickon or Pastorius Park looking at the beautiful trees reflected in the pond. I often get a chill from wonderful music, poetry or nature. Who needs drugs?”
The polymath can be seen on YouTube videos playing classical music, and CDs of her piano music are available on Amazon.com. They include, “My Favorite Chopin,” “The German Romantics” and “Happy Birthday Variations,” classical variations composed by Charleen in the style of Mozart, Beethoven, Bizet, etc.
Charleen has exhibited her paintings at Cathedral Village, Mathers Mill, First Trust Bank, Norristown Art League and Woodmere Art Museum.
Her husband, Scott M. Watson, is the founder of SWA Lighting Design and has been a professional lighting consultant for over 30 years.