In order to address the problem of empty storefronts that has plagued Lower Germantown Avenue in Chestnut Hill, members of the Chestnut Hill Planning and Development Group are considering a possible … 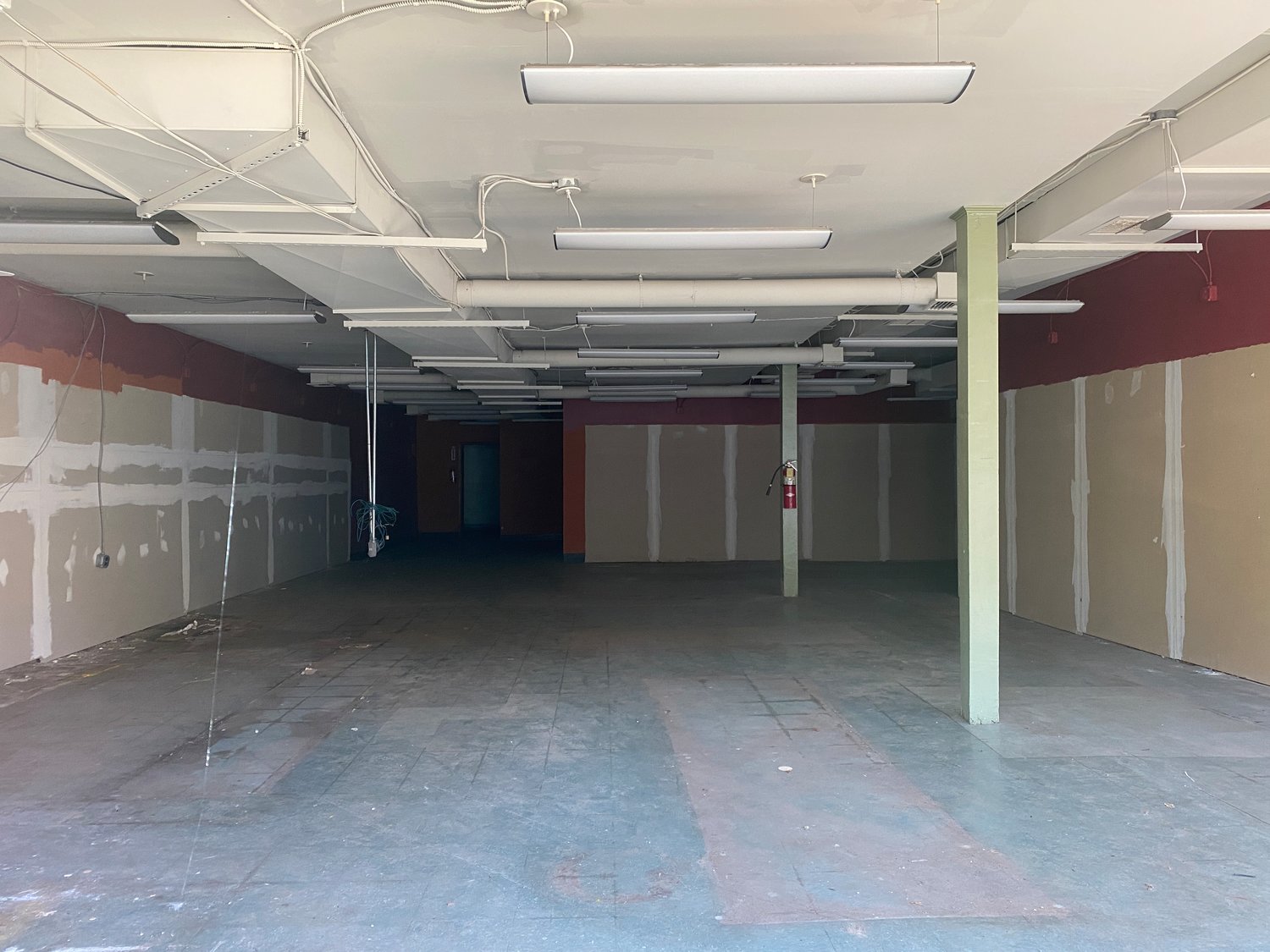 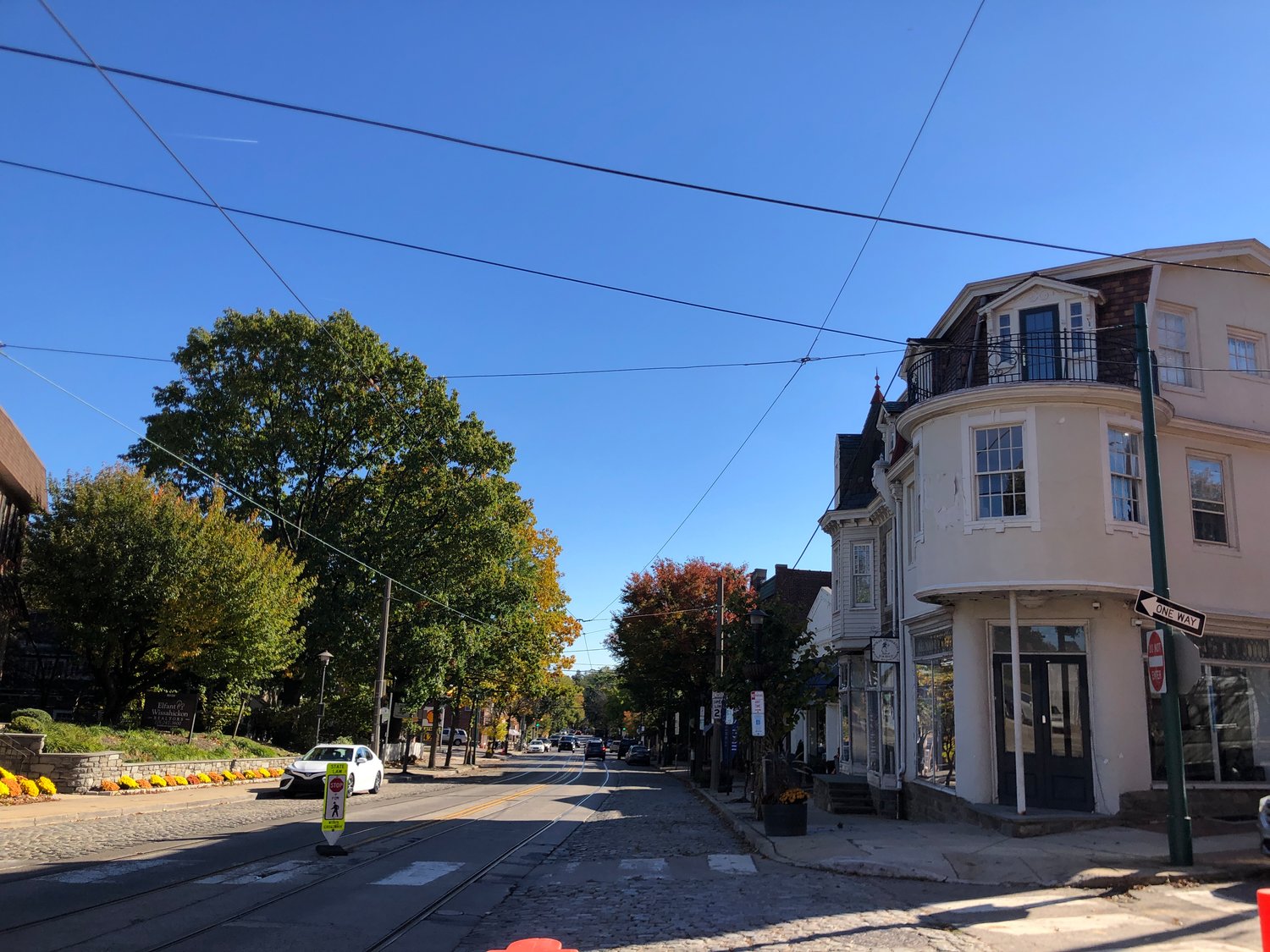 Businesses on the 7800 block of Germantown Avenue.
Carla Robinson
Previous Next
Posted Thursday, November 4, 2021 6:00 am
by Tom Beck

In order to address the problem of empty storefronts that has plagued Lower Germantown Avenue in Chestnut Hill, members of the Chestnut Hill Planning and Development Group are considering a possible solution: make it easier for property owners to rent their ground floor retail and commercial spaces for residential use.

The idea, which at this point is merely being workshopped by the Chestnut Hill Development Review Committee and is not a formal proposal, would involve the creation of a “residential special exception overlay district” along both sides of Germantown Avenue from Abington Avenue to Cresheim Valley Drive, with the exception of half of one block - the west side of Germantown Avenue between Willow Grove and Springfield. “If you're familiar with that block,” John Landis, co-chair of the DRC, said at the meeting, “it's a very nicely cohesive set of the historical buildings that creates a very nice special pedestrian district...and we don't want to do anything to...discourage retail.”

In an email to the Local, Landis said the goal of the overlay is “to make sure that Chestnut Hill property owners and businesses on Germantown Avenue have the regulatory flexibility they need to respond to changing market conditions.”

The idea is still in early stages and could change. Landis and the Chestnut Hill Planning and Development Group are still in the process of reaching out to all necessary stakeholders to ask for their input, and no formal proposal has been submitted to any city authority.

Most properties on Germantown Avenue that would be affected are zoned either CA (commercial automotive) or CMX (commercial mixed use), both of which require retail/commercial use on the ground floor. The overlay, if enacted, wouldn’t change that underlying zoning.

Currently, converting a ground floor commercial space to residential requires a variance by the Zoning Board of Adjustment. If the overlay were created, property owners would only need a special exception from the ZBA, a process which is typically easier for developers. Both the variance and the exception require both a civic and zoning review process, so residents would retain the opportunity to provide feedback.

When granting a special exception, the ZBA judges a proposal on something Landis called “performance criteria.” These criteria focus on how the use change will affect measurable things like traffic, parking, school enrollment, and whether it would affect the amount of light and air that gets to adjacent properties. As long as a proposed use change doesn’t negatively impact those criteria, the ZBA usually grants the special exception.

“A special exception is focused on the actual physical and neighborhood impact of the project,” Landis said.

What people are saying

Phil Dawson, executive director of the Chestnut Hill Business Association, said that portion of Germantown Avenue has “traditionally had a higher vacancy rate” than the business district at the top of the hill.

At the moment, Dawson said, the business association doesn’t have an official stance for or against the overlay since it's still in the process of soliciting feedback from its board and other stakeholders.

Richard Snowden, who owns three properties in the potential district, has “mixed views” on the creation of the overlay, although he’s more in favor than he is opposed. He’s particularly concerned about breaking up the continuous block of businesses along the strip. “The remaining retail users that are surrounded by [a retail space that is converted to residential] end up being hurt because you don’t have continuous retail in a block,” he said.

Nevertheless, Snowden is “supportive of this kind of policy,” he said. “But it has to be very carefully executed so as not to damage the business district by removing storefronts. Portions of first floor buildings that are not storefront and are appropriate should be used.”

Two of the three commercial spaces Snowden owns in the potential overlay are currently vacant.

According to Paul Chrystie, a spokesperson for the city, the underperforming retail market is hurting other commercial corridors in the city and the issue is “not unique to Chestnut Hill.” Chrystie said there’s no hard data to document trends of retail vacancy in the city, but said “the continued expansion of e-commerce and the effects of the COVID pandemic” are having an impact.

“That said, it is generally the preference of the Planning Commission to change base zoning rather than use an overlay, in part because base zoning could be applied equitably to similar commercial districts around the city,” explained Chrystie in an email to the Local. “However, no zoning changes for this purpose have yet been made.”

A draft proposal for the overlay, written by Landis, highlights several reasons for Lower Germantown Avenue’s “persistent commercial and retail vacancy problem that isn’t getting better.” The growth of online shopping is one. Of course, the COVID-19 pandemic is another. Others include “the limited attractiveness to tenants of the narrow-but-deep ground floor configuration of many Chestnut Hill retail spaces” and “the desires of some landlords to charge a higher rent than some prospective tenants are currently willing to pay.”

Snowden doesn’t quite agree with that last reason.

“The other myth is that the rents are too high in Chestnut Hill,” he said. “When I have had conversations with people and showed them what the rents are, they are surprised.”

Some of Snowden’s vacancies occur not necessarily out of a lack of demand, he says, but rather because he is choosy about what sorts of businesses he rents to.

“You can’t put things in this business district that you can get anywhere,” he told the Local. “It has to be special. Because anyone can order something and get it from Amazon.”

Art galleries, for instance, are “a segment we want to be promoting,” he said.

Why not the upper part of Germantown Avenue?

The reason why the potential district stops at Abington Avenue, Landis explained at a civic association meeting last week, is because Lower Germantown Avenue differs from the upper portion in the sense that the upper portion is more of “a pedestrian zone.”

While the overlay wouldn’t change the underlying zoning of the parcels, it's quite possible that zoning could eventually be changed as part of the Philadelphia2035 plan, which is the city’s attempt to gradually remap every neighborhood in the city by 2035. That process for the Upper Northwest district of the plan, which includes Chestnut Hill, is likely to start next year.

“Rather than wait for the City’s remapping process to get underway,” Landis said in an email to the Local, “we want to get out ahead of changes in the residential and retail environment in Chestnut Hill, but to do so in a way that incorporates the input of all Chestnut Hill residents, businesses, and stakeholder groups.”