Larry Benjamin just had his third novel, “The Sun, the Earth and the Moon,” published on Nov. 15 by a traditional publisher. (He has also published a collection of short stories and an … 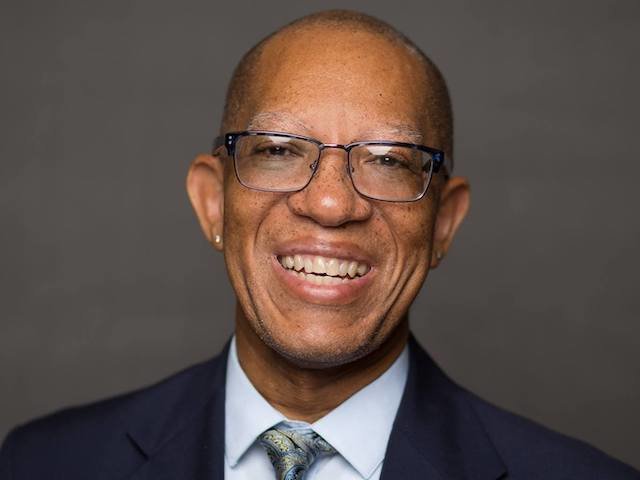 Larry Benjamin just had his third novel, “The Sun, the Earth and the Moon,” published on Nov. 15 by a traditional publisher. (He has also published a collection of short stories and an allegorical novella.)[/caption]

I told my mother first in my sophomore year of college. I didn't come out exactly; it was a more 'You know, of course, I'm gay, right?'

I mean how could they NOT know? I was sort of the classic 'sissy' as a kid. And once I went to college, I was always hauling home some boy or other. Anyway, my mother admitted that I was always 'different from your brothers.' She assured me she loved me and then startled me by swearing she'd take my secret to her grave. I mean the whole point of telling her was because it WASN'T a secret. I had no interest in being in the closet.

My dad found out for sure one weekend when they were visiting, and my mother asked who the guy was that I was always with. I think I said something dramatic like 'He's my lover.' Hilariously, everyone was shocked. Not that I was gay but that I'd said it so casually and that everyone knew, but they each thought the others didn't. (My dad had caught me and the aforementioned boyfriend messing around in the bathroom that same weekend.)

I think the only one who didn't know was my younger brother, but he's always been a bit oblivious. The weekend ended abruptly, and they went back to New York, but my mother made sure she left dinner on the stove for us. She called a week later to say she and my dad had talked, and he said he wasn't about to lose his son over this.

East Falls author Larry Benjamin, 60, who writes candidly in the above blog post, just had his third novel, “The Sun, the Earth and the Moon,” published on Nov. 15 by a traditional publisher. (He has also published a collection of short stories and an allegorical novella.) It’s 1977 when the novel begins. ThomasEdward, 17, is a freshman at the University of Pennsylvania when he meets the charismatic Dondi, whose personality is as outsized as his wealth. The two begin a passionate love affair, but when it ends abruptly, Thomas is devastated.

You might say the novel is based very loosely on Benjamin's real-life experiences. The Bronx native attended the University of Pennsylvania from 1977 to 1981, majoring in urban studies. When he was just 12 in the seventh grade, a classmate named Jose smiled at him, after which Benjamin “pined for him for 20 years.”

Benjamin was always curious about what happened to Jose, who was straight, and not long ago he found him on Facebook.

“We are really good friends now,” he said. “Until I met him, I thought I would wind up with a wife and kids, chickens and dogs. We now talk every day. You never know how these things will go.”

After college, Benjamin had many different jobs in a variety of fields. He was a retail manager for TJ Maxx for four years, and he worked for the one in Princeton for a year, when he drove 90 minutes each way to and from his home in West Philly. He worked for the KB Toy Store in Northeast Philly for a year (“I loved kids but hated toys.”) and was then a secretary for a pediatric neurologist at St. Christopher's Hospital for four years. He worked for Xerox for eight years and for Trinsio in Devon, a global manufacturer of latex plastic synthetic rubber, for four years.

Benjamin finally found his comfortable niche a few years ago as the communications director for the Mazzoni Center in center city, the region's largest comprehensive health/wellness service provider for LGBTQ patients.

“We have over 4,000 patients,” he said, “and I'm very proud of the fact that we have an 89% viral suppression rate (for HIV/AIDS patients). The citywide rate is 51%. Forty percent of our patients are trans/non-binary, and 30% of our staff are trans/non-binary.”

Benjamin’s first book, “What Binds Us,” was written 24 years ago. He was inspired to write it by the widely acclaimed 1993 movie, “Philadelphia.” Tom Hanks won a Best Actor Oscar for his portrayal of a gay Philadelphia lawyer who has AIDS, but Benjamin hated the movie because “there was no intimacy in the relationship between the Hanks character and Antonio Banderas.

“I lost a bunch of friends from AIDS, and I can tell you that movie was not realistic,” he said. “Someone replied to a letter to the editor I wrote about it and said, ‘So you think you could do better?’ I said, ‘Yes,’ and wrote the book as my answer. I sent it to publishers and received 10 or 12 rejections. Self-publishing did not exist at the time.”

In the 2008 recession, however, when Benjamin and his partner of 23 years, freelance designer Stanley Willauer, were both laid off from their jobs, Benjamin resumed his quest to get his book published, achieving success this time with Carina Press, an imprint of Harlequin Romance novels, which published it in 2012. Since then he has also written “Damaged Angels,” “Unbroken” (2014 Lambda Literary Award finalist, 2014 IPPY Gold Medal Award winner and Rainbow Award finalist for gay contemporary fiction), “Vampire Rising,” “In His Eyes” and the just-released “The Sun, The Earth & The Moon,” which is basically “What Binds Us” with a new title. Benjamin and Willauer were married in June of 2014.

For more information, visit AuthorLarryBenjamin.Blogspot.com or Benjamin's Facebook page. Len Lear can be reached at lenlear@chestnuthilllocal.com