Print Shop owner Don Cresswell is planning to retire. by Brendan Sample Many Chestnut Hill residents were surprised to see a “For Sale” sign on the Philadelphia Print Shop, which has been in … 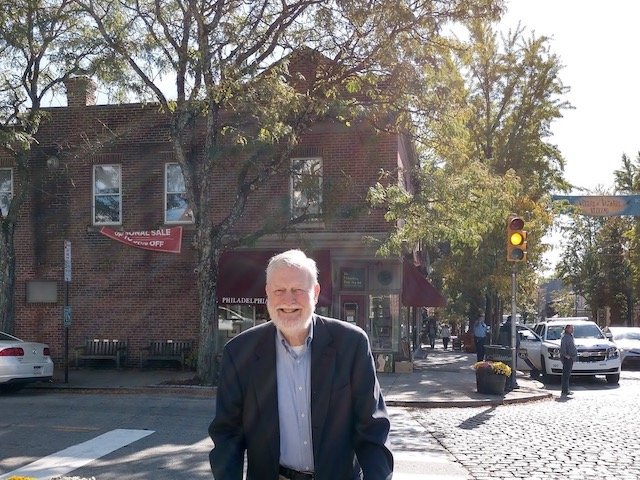 Many Chestnut Hill residents were surprised to see a “For Sale” sign on the Philadelphia Print Shop, which has been in Chestnut Hill since 1982. The owner, Donald Cresswell, 78, is selling his business because he is looking to retire.

As the sale is still ongoing with no confirmed buyer, Cresswell, who operates the store with his wife, Nancy Nitzberg, is unsure if the Print Shop will continue in any capacity. He remains hopeful that it will, and that the location will ultimately continue to house “a business or organization that benefits the community culturally and educationally” regardless of whatever changes may come.

A former Mt. Airy and Elkins Park resident, Cresswell currently lives in a retirement community in Montgomery County. Though he says that making the decision to retire from the business was the most difficult part of his 35-plus years running the Print Shop, he felt that he was at a point in his life where he ultimately needed to hang it up. While he will no longer be running the business, he does hope to continue pursuing some of his other interests.

“I would like to stay active promoting libraries and museums,” Cresswell said of his post-retirement plans.

Cresswell initially opened the Print Shop with his business partner, Chris Lane, as they both shared an interest in antique prints and maps. The two took their business around the country to showcase their pieces in various antiques shows and have even been featured as appraisers on PBS’ “Antiques Roadshow.” They amicably separated their partnership in 2015 after Lane moved to Denver, where he operates Philadelphia Print Shop West, which began as a connected branch in 2010.

Though it will not be easy for Cresswell to leave the Print Shop behind after several decades, he certainly has plenty of positive memories to fall back on as he moves forward with the next chapter of his life.

“My favorite thing has been conversing with the intelligent people who shop here,” Cresswell said. “I have also had the wonderful experience of having many fine, hardworking and loyal staff members over the years.”

Visit PhilaPrintShop.com for more information. Brendan Sample can be reached at brendan@chestnuthilllocal.com or 215-248-8819.