Quintessence’s Camille is a fresh take on an old story

Quintessence’s Camille is a fresh take on an old story 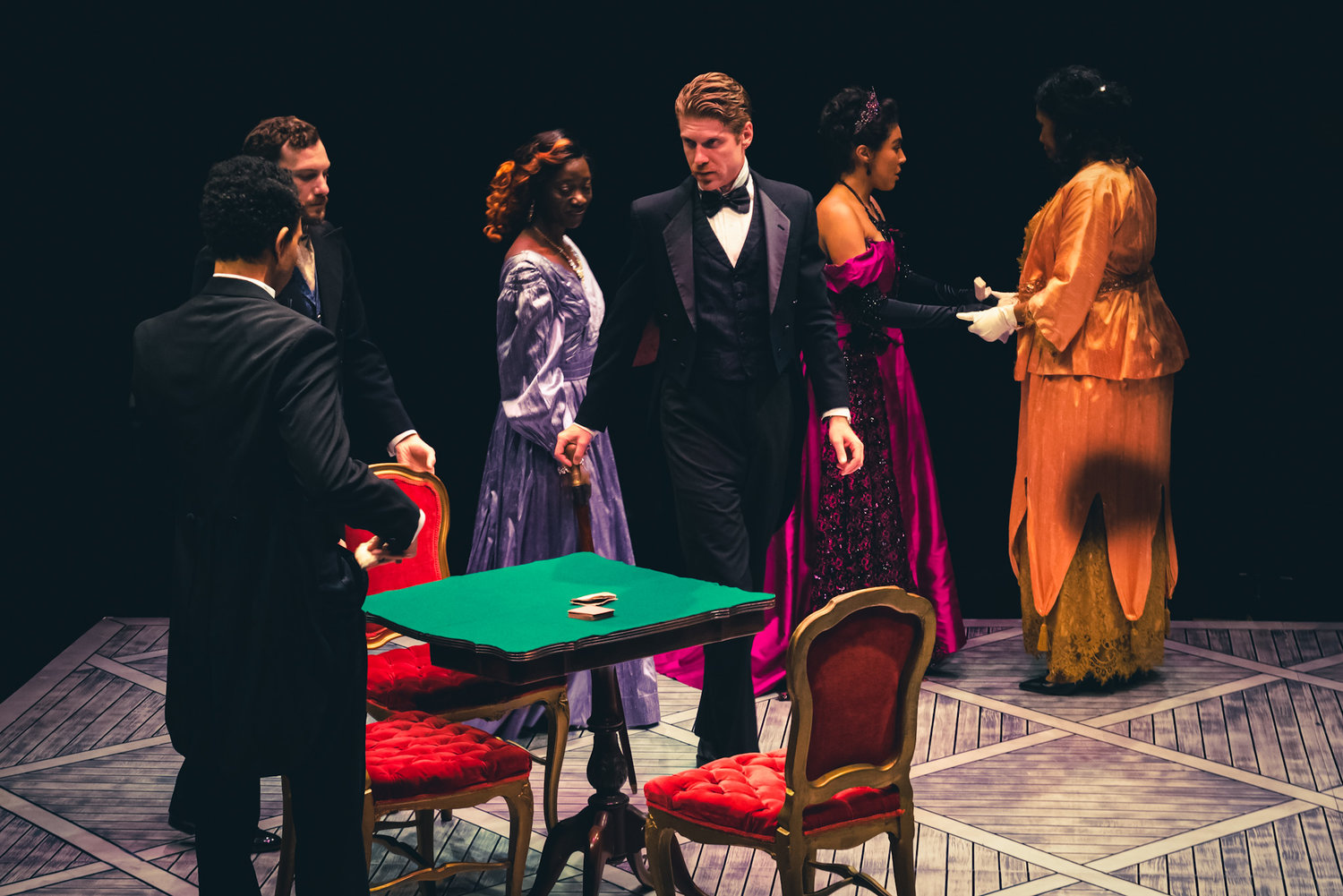 Quintessence Theatre opened the second play of its Reclamation Repertory, "Camille" (1852), by Alexandre Dumas Fils'.  The story has roots in an affair Dumas Fils' had with Marie Duplessis, a well-known Parisian courtesan, who used to wear either red or white camellias in her hair to inform the demimonde of her availability, (red camellias, four days a month).

Billie Wyatt has the trim figure and young, handsome looks the star role demands. Her Camille is persistently winsome, with flashes of joy, fear, despair and an occasional touch of insolence. Camille's emotional froth all but demands a lot of stage movement, which Wyatt delivers without hand-wringing histrionics.

Billie Wyatt's performance is fortunate, because a bad Camille would really get on your nerves. The entire second act is a bedside death scene, surefire grist for parody. But Quintessence is committed to reviving a sense of theater's history and "Camille" was influential ---- the basis for Verdi's "La Traviata" and the flagship for the 19th century romantic trope in which a sensitive, too-good-for-this-world youth dies of consumption.

Director Steven Anthony Wright opens with a dance sequence where elegantly dressed actors perform a miniature ballet to sum up the story, (Costumes, Anna Sorrentino).  Wright uses dramatic stills and lights (Brian Sidney Bembridge) to change scenes in silence, but uses the sound design of Tom Carman to underscore dramatic high points, much as music is used in movies.

Wright cannot tone down the melodrama of "Camille" without sapping the play of its distinctive energy: No melodrama, no "Camille". All characters encircle the heroine like planets around a sun. They constitute the demimonde  --- Dumas Fils' invented the term ---  to whom Camille is sacrificed, and the undertones of the play line up with an emerging scorn for class privilege in 19th century France.

Dax Richardson plays Armand Duval, innocent in his love passions but prone to rage. Lee Thomas Cortopassi stands out as the other suitor, Count De Varville. His Varville is so rigidly precise in physical movement and so disdainful that you instinctively understand why sensitive Camille prefers Armand to him.

Everyone is affected by Camille's allure. Gaston (Liam Mulshine) and Olimpe (Deanna S. Wright) are an unhappy married couple. Gaston's tenderness towards Camille helps to explain why. In contrast, newlyweds Gustave (Kahlil A. Wyatt) and Nichette (Maya Smoot) are in love. Nichette is Camille's best friend.

Phillip Brown plays Duval Sr.  He is furious, fearing Armand's liaison with Camille will drag down the family and make it impossible for his daughter to marry well. Camille bends to his demands, but in the end the father melts. He comes to realize too late that it is Camille who has true nobility.

Camille's maid Nanine (Julia Sims) is tearful in her gratitude because only Camille treats the lowly servant with kindness. Prudence (Zuhairah "Z" McGill), seems to stand apart. Director Wright plays her for comic relief, a seamstress and procuress who fleeces Camille at every turn. And yet, in her final adieu the torn-up look in McGill's face catches you by surprise. In the end, Camille even captures Prudence into her orbit.

"Camille" launched the career of Alexander Dumas Fils'. He was the illegitimate son of the famous author of "The Three Musketeers", and his great-grandmother was a Haitian slave.  As a teenager, Dumas acknowledged his son and introduced him into high society.  But, judging by "Camille", it is reasonable to think that Dumas Fils' felt a lingering class resentment that informed his writing.

Quintessence is located at 7137 Germantown Ave. "Camille" will run in rotating repertory with "Flyin' West" through 26 June. Tickets available at 215-987-4450 or at quintessencetheatre.org