It's their year. Members of Springside Chestnut Hill Academy's Class of 2023 first began to appear on the varsity roster as eighth graders. Now they are seniors. 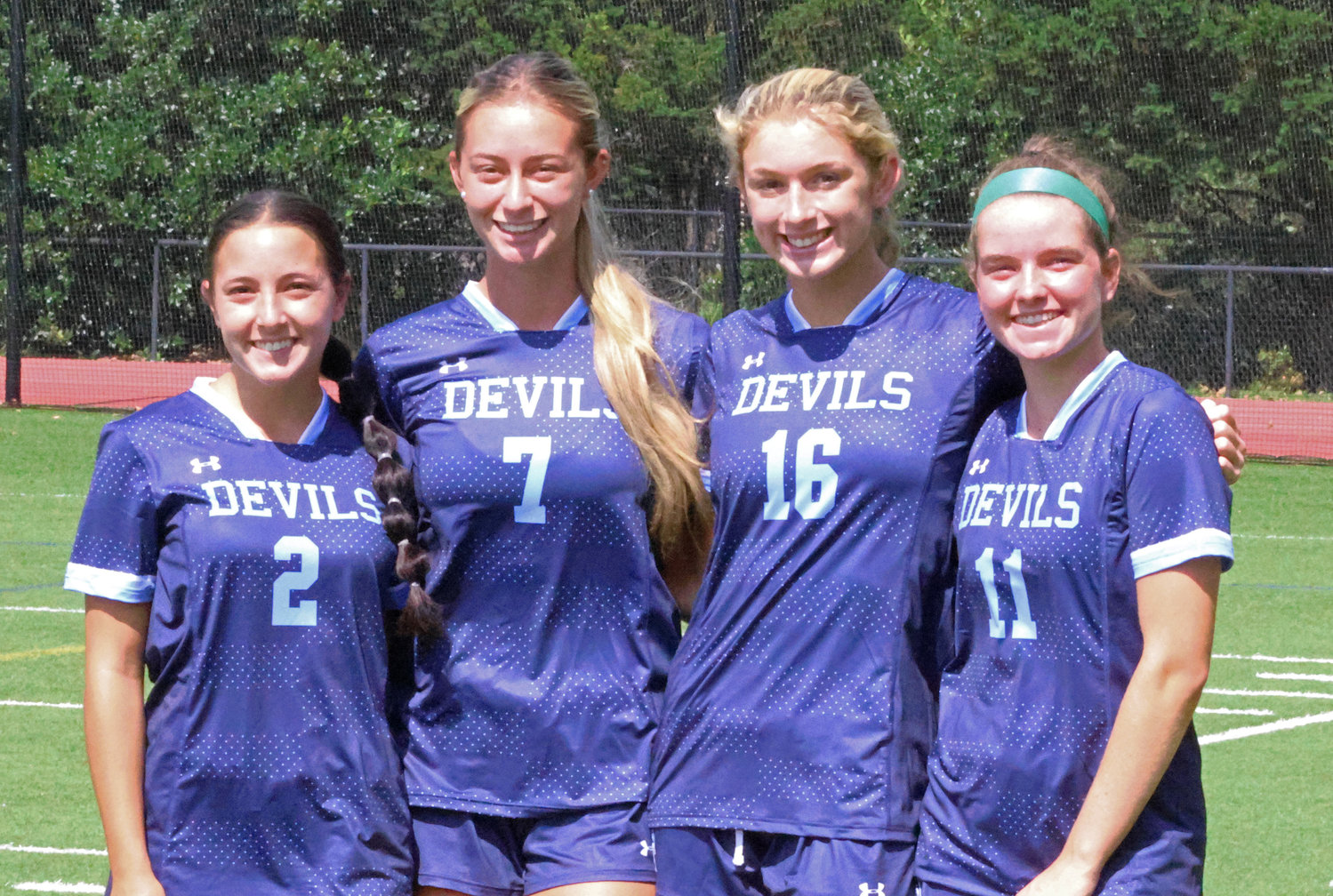 It's their year. Members of Springside Chestnut Hill Academy's Class of 2023 first began to appear on the varsity roster as eighth graders. The number grew over the following years, and now they are seniors. There are 13 of them on the team this fall, more than half of the varsity line-up.

Most of them belonged to the 2021 team that became undefeated Inter-Ac League champions and then won the Pa. Independent Schools crown, to boot.

Their coach, Maria Kosmin, was named Southeastern Pa. Coach of the Year.

From last year's senior class, Maya McDermott has moved on to play for Syracuse University, while Olivia Myers has joined the program at West Chester University and Virginia Perry and Lauren Sullivan are both playing at Chestnut Hill College.

There is plenty of talent returning for the Blue Devils, though, enough that they have been ranked sixth in the nation in the Prep Soccer preseason poll. Coach Kosmin is back for her seventh season at SCH, and Namit Deshpande will assist her for a second season at the varsity level.

The four senior captains for the squad this season are Abby Fitzmaurice, Lisa McIntyre, Julia Thomson, and Mary Trudeau. McIntyre has committed to the University of Maryland, Thomson to the University of Illinois Chicago, and Trudeau to Morehead State in Kentucky. As of now, a fourth senior will also sign with an NCAA Division I school; Bella Brown is headed to New York's Binghamton University.

All five seniors mentioned above started in last Tuesday's scrimmage against Lansdale Catholic High School, in which SCH outscored the Crusaders, 3-0. Returning in goal was senior Ellie Stratz, with sophomore Gracyn Lee-Torchiana in reserve.

All were on last year's varsity roster, as were seniors Abby Kenkelen, Madison Major and Amanda McNesby, and junior Alex Reilly. Reilly is also a lacrosse standout for SCH. Leah Schnee, an 11th-grader, has earned a varsity spot after dealing with an injury in 2021.

Five new additions to the first team all were students at Springside Chestnut Hill last year; sophomores Zarin DeVeaux, Lida Golveyko, Jolie Kaoma, and Kenna Quinn, and freshman Jillian Major (sister of Madison). A new arrival on campus is the other freshman on the varsity rolls, Saoirse Glennon. She comes from St. Luke's School in Glenside.