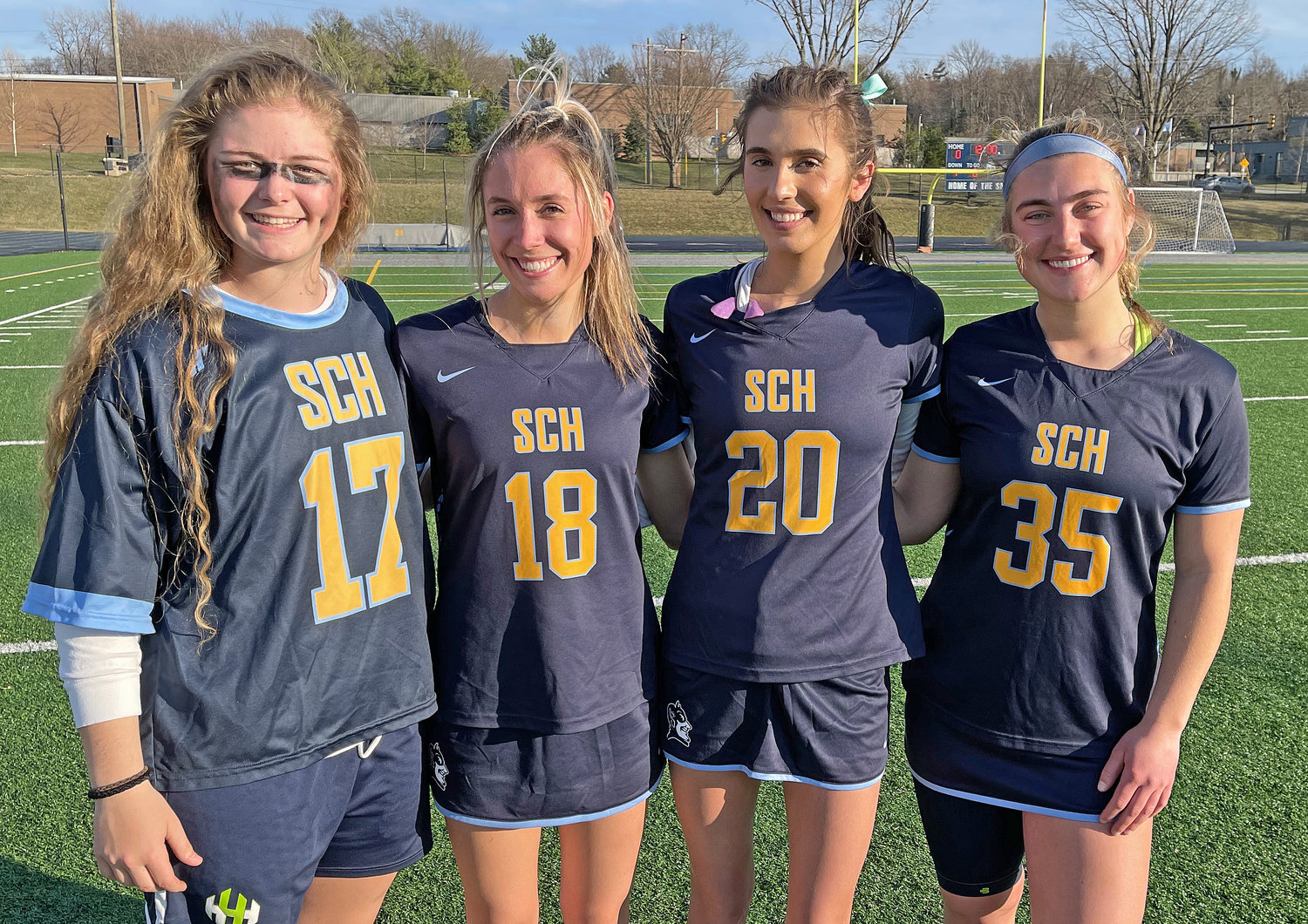 The girls of Springside Chestnut Hill Academy saw their first interscholastic lacrosse action last Tuesday in a scrimmage at Springfield High School. The session was organized into five 15-minute periods, so fourth-year SCH coach Noelle Powell was able to rotate in all of her athletes.

The Blue Devils' four senior captains all have their college plans in place. Goalie Lucy Pearson will be playing lacrosse at Stanford, while midfielder Brooke Gyllenhaal and attacker Cece Reilly will be wielding their sticks at Sacred Heart and Louisville, respectively. Defender Ava Schreiber will be playing soccer at the University of Maryland, Baltimore County.

In 2021, Coach Powell pointed out, "We were a young team. We were relying on some girls who not only had no varsity playing experience, but no high school experience."

The Blue Devils finished in the middle of the pack in the Inter-Ac League, emerging with a 5-7 record. In their second game against Penn Charter they lost by a single goal, and the Quakers were nationally-ranked for much of the season.

This spring Powell says, "We're heavy on the defensive end; that's where most of our upperclassmen are. The offense is a younger group."

Cece Reilly is one of only a handful of players listed on the roster as a primary attacker, and at Springfield sophomore Maddy Caliendo was the first player to sub in on attack.

"From last year, we basically have to fill two holes on offense and one on defense," Powell said. "In these early scrimmages, we're rotating different people into those spots for each period to see what the best combinations are. We're having Madison Freeman take on more of an offensive role, since we need people who can put the ball in the net."

The SCH skipper said that two freshmen who show promise as offensively-oriented midfielders are Maille Colin and Veronica Goettner.

Powell remarked that she had a solid and seasoned group of mids in Bradbury, Neverosky, Alex Reilly, and Scollin. She said Neverosky has more of a defensive bent as a midfielder, as do senior Amanda Cooney and junior Fallon George, who Powell praised as a versatile utility player.

The SCH coach knows she's got a blue-chip keeper in the cage in Pearson, and she pointed out that junior Shay Romero is a very talented goalie in her own right.

On the sideline, Powell will be joined by three returning assistant coaches, Veronica Baez, Steve Maszczak and Bridget Meade.

The first official game on Springside Chestnut Hill's schedule was against Maryland's Holton Arms School, then SCH was slated to start league competition on Tuesday, March 22 with a trip to Inter-Ac powerhouse Agnes Irwin.