A family fantasy from Scorsese?  What's going on here? 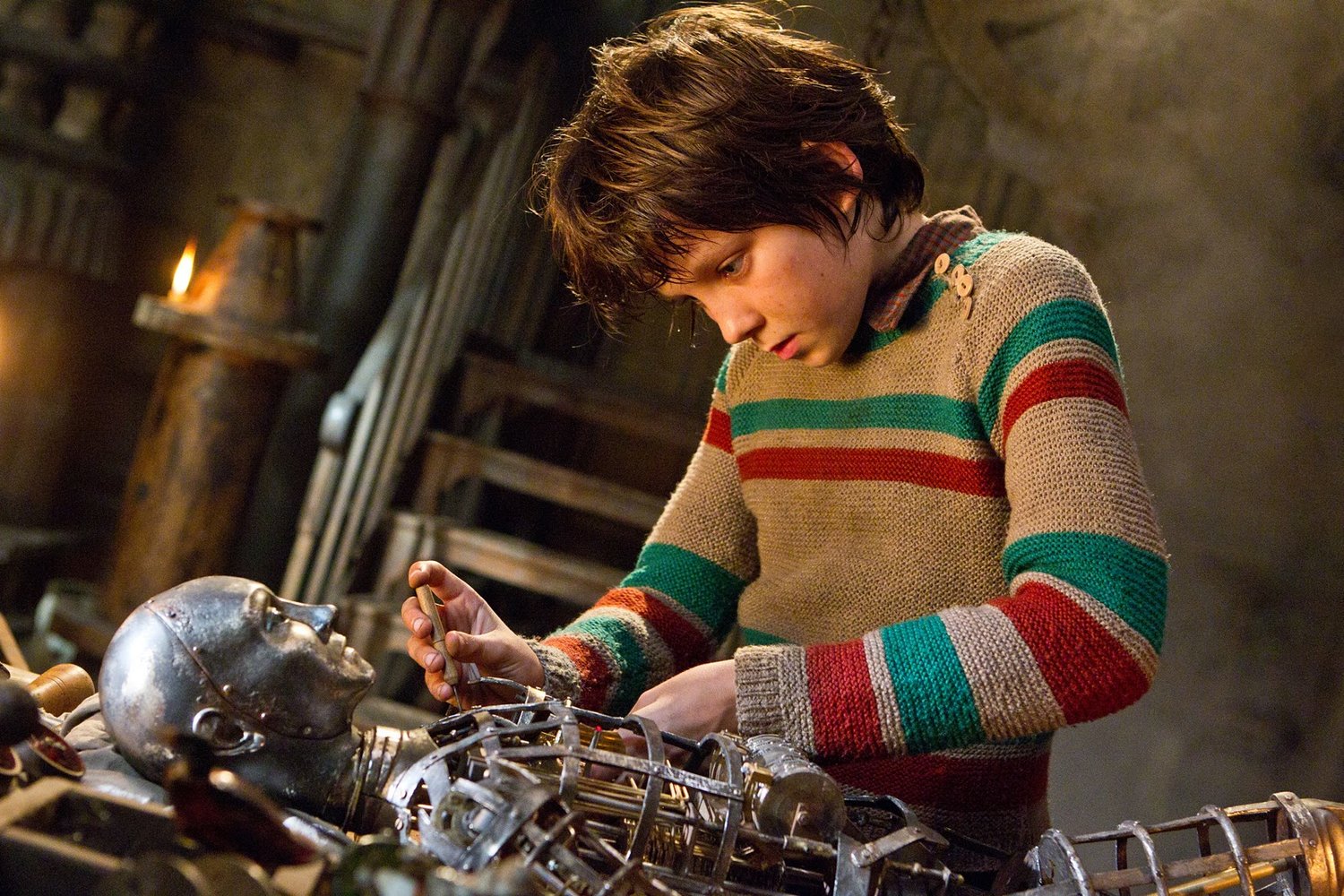 A family fantasy from Scorsese?  What's going on here?

Yep, director Martin Scorsese, for so long associated with dark crime dramas, delivers an ingenious and enchanting adventure about the early days of the movies.  Not only is “Hugo,” ostensibly a kidflick, visually mesmerizing, it's also an enthralling and moving tribute to film artists of an earlier era who worked in a kind of obscurity that modern major moviemakers like Scorsese have long since left behind.

Hey, kid shmid: No movie buff can afford to miss this one.  If this is a children's movie, then we really all are children at heart.

The plot: A young orphan named Hugo Cabret, played by Asa Butterfield, lives in the walls of a train station in Paris in 1931, stealing food and scurrying around throughout the station, trying to survive by staying one step ahead of the relentless station inspector played by Sacha Baron Cohen, in early-silent-comedy mode.  And Hugo is aided by the inspector's distracting crush on a florist played by Emily Mortimer.

Hugo also operates as the official timekeeper of the many clocks in the station, a job passed down to him by his drunken uncle, played by Ray Winstone.  He's also befriended by a better-off orphan, Isabelle, played by Chloe Grace Moretz, who introduces Hugo to the station's book lender (Christopher Lee) and accompanies him on her first trip to the movies.

Then Hugo finds a link between his late father, a clockmaker played by Jude Law, from whom he has inherited a broken automaton, and the stern toymaker played by Ben Kingsley, Isabella's godfather.

It's the mystery of Hugo's automaton, as the compelling robot eventually reveals itself, that holds the key to the film's ultimate meaning and power.

Based on the 2007 illustrated children's novel, The Invention of Hugo Cabret, by Brian Selznick, the screenplay by John Logan is slyly educational, offering plenty of real-life lore that emerges from the fondly recalled early days of cinema.  This may be a children's movie on the surface, but the older you are, the more directly will this thrust of “Hugo” speak to you.

As for suddenly-family-friendly Scorsese, he gives us a storybook vision of a period Paris that is nothing less than spellbinding.

Scorsese, using “Hugo” — nominated for eleven Oscars and the winner of five in technical categories — as an excuse to indulge his interest in cinema history and commitment to film preservation, also parallels the kind of pioneer work that early film artists like George Melies exhibited with their primitive but literally astonishing visual effects.

And Scorsese makes sure to remind us, just as early filmmakers did, of the dream-like quality of movies in this deeply personal project in which his fierce, abiding love of movies bursts through every frame.

His cast is fine, but this isn't so much an actor's movie as a director's vision.  The performers are necessary hands on the clock, but the clockwork here belongs to the clockmaker — Scorsese, who awards himself a fleeting cameo appearance, and why shouldn't he?

Movie maestro Martin Scorsese's wonderful and whimsical, magical mystery-adventure fable is for children of all ages — and I mean all ages, including mine.  So you go, girls.  To “Hugo.”  You boys too.  It's a marvel.