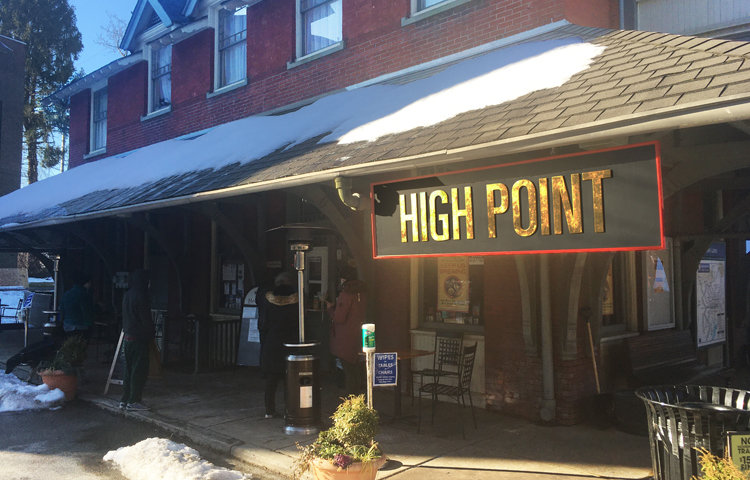 There has been a coffee shop In the Allens Lane Station for over twenty years. The apartment on the second floor has been vacant for three days over that time. 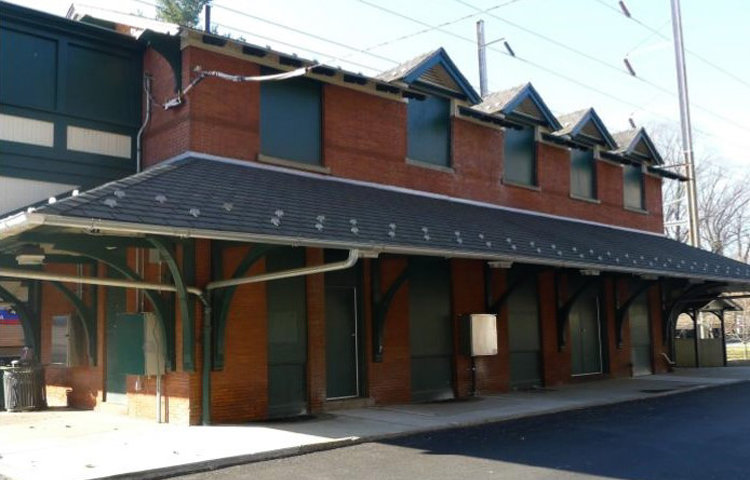 The Tulpehocken Station, on Tulpehocken Street just west of Wayne Avenue in Germantown, has a similar floorplan to the Allens Lane Station, but would need substantial renovations.
Previous Next
Posted Thursday, March 4, 2021 10:35 am
by Walt Maguire

Meg Hagele opened her second High Point Coffee location at Allens Lane Station in 2009. Even with the pandemic, the Chestnut Hill West shut down for almost a year and the Allens Lane bridge closed, it’s still a successful location. Now, with service on the Chestnut Hill West returning March 8, there is a renewed focus on getting more retail use out of other regional rail stations.

Ken Weinstein, president of Philly Office Retail, leases Allens Lane Station from SEPTA and then sub-leases to the High Point Café. He points to the location of the station at Allens Lane and Cresheim Road, surrounded by houses and apartments within easy walking distance and the route between Lincoln Drive and Germantown Avenue, and how this makes it a great retail location—the same reason the regional rail has a station there.

“Most [prospective tenants] don’t want long-term leases, but we’re mission-oriented, aiming for adaptive reuse, specifically historic buildings,” said Weinstein. He considers it a “win-win-win” because it provides a positive cash flow for SEPTA, makes maximum use of a community-centered building, and serves both commuters and locals. “If you only depend on ridership, you won’t make it as a café,” he added.

Philly Office Retail handles the leases for three stations. Weinstein got involved in station leasing when Whitemarsh Township approached him to assist in negotiations on a 20-year lease for the old Fort Washington station, abandoned by SEPTA after they moved to a newer facility.

The three stations leases he now manages  – Fort Washington, Allens Lane and Ardsley – all required an initial investment to refurbish the buildings, but have been so successful that Weinstein and his partners are looking into eight more: Upsal, Tulpehocken, Carpenter Lane on the Chestnut Hill West line; Gravers Lane and Mt. Airy on Chestnut Hill East; and Penllyn, on the Lansdale/Doylestown line. He then sub-leases the properties.

“The eight additional stations we have targeted are all in communities and, if renovated and reused, would benefit, not just by ridership but also by the immediate community, where people could walk or drive over to the station,” he said.

Currently, there are approximately 35 regional rail stations occupied for retail, residence, or local services such as a post office or community space, including the concourse at Suburban Station. Yet many stations sit empty. From SEPTA’s perspective, part of the issue is that many of the buildings require substantial structural improvements, and the cost is prohibitive for short-term renters.

“We love the idea of taking deteriorating properties and bringing them back to life,” said Weinstein. “These stations fit right into that mission.” Renovations on the Allens Lane Station approached $60,000, but it’s been occupied now for more than 20 years.

When the High Point opened almost 12 years ago It replaced an earlier coffee shop that had operated out of the station for three years. Almost immediately after opening, train service was disrupted for a year while the platform and pedestrian overpass were refurbished. Customers still came.

Even now in winter, customers order at the window and hang out on the benches and chairs outside. It’s still a neighborhood destination. (The pandemic is affecting the High Point, like many other businesses; between being shut for several months last Spring and the loss of inside service, they’ve been depending on PPP loans. Hagele emphasized that the train service shutdown was not a major factor in the recent downturn.)

In addition to the retail/restaurant space, Allens Lane Station also has a second-floor, two-bedroom apartment. Weinstein says that, in 20 years, it has only been without a renter for three days.

“Even if the line never came up again, these stations would still be viable business locations,” said Weinstein. “They should not be a blight on the community.”

Negotiations with SEPTA can be slow. Some of Weinstein’s bids have been under review for years. The transit service declined to be interviewed, but in a statement said “SEPTA follows both state and federal guidelines for station leases. SEPTA will continue to consider all possible options for station leases moving forward.”