Due to medical reasons, SCH would have to play without its regular number one and number two players, sisters Whitney (a senior) and Nathalie (a junior) Taylor. 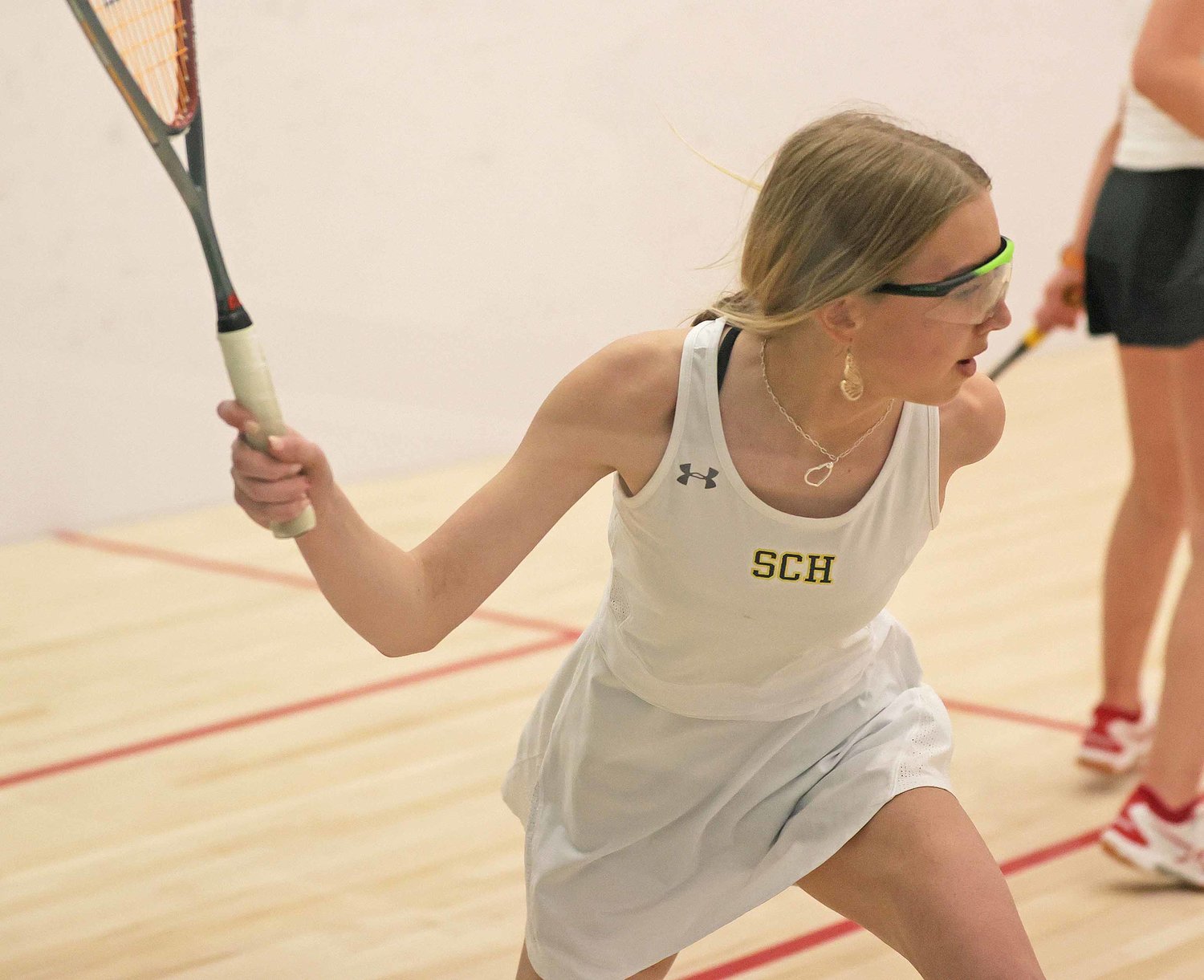 Junior Isabella DeCesare played in the number for spot in both of the Blue Devils' matches last week. Photo by Tom Utescher 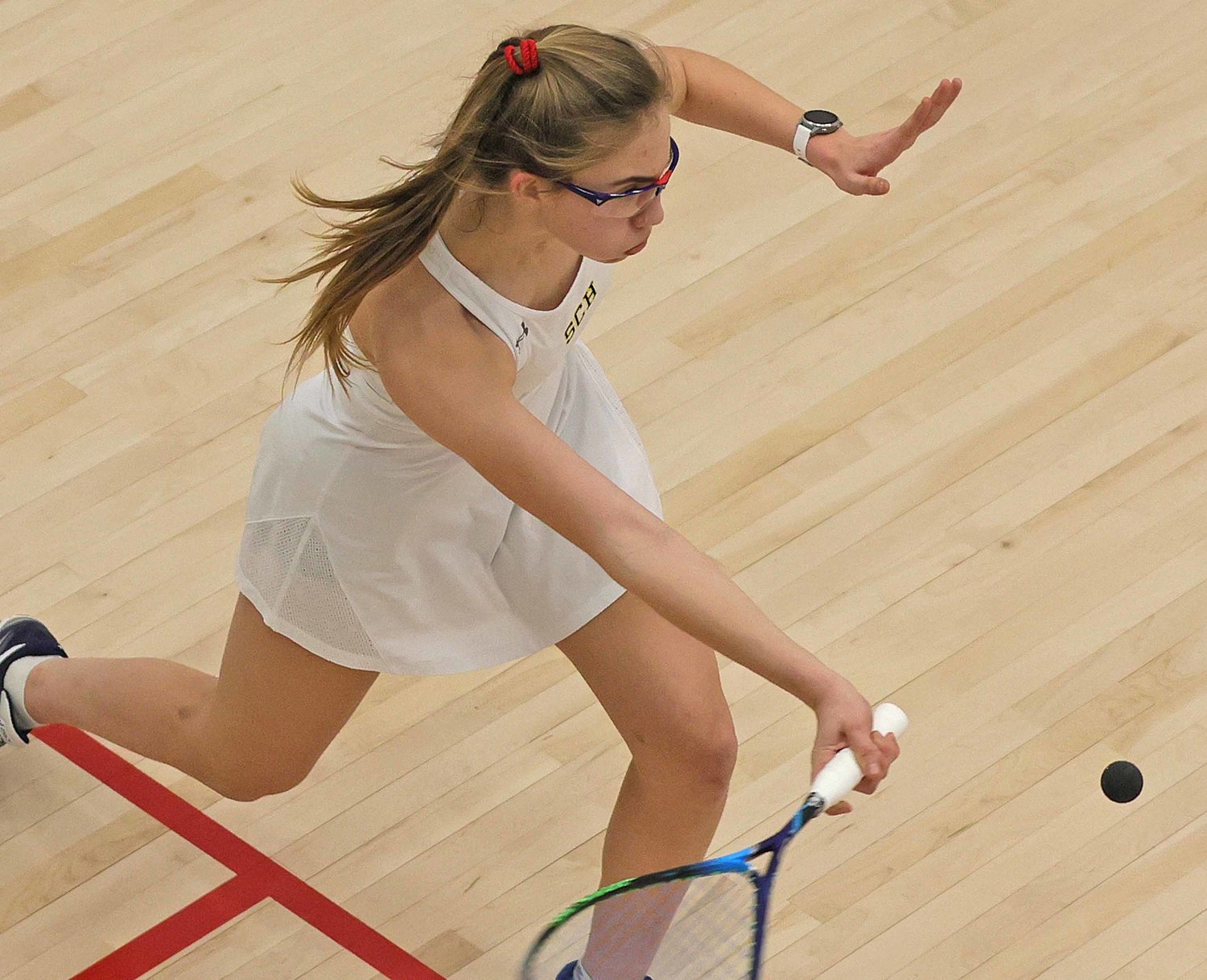 Heading into the final two regular-season squash matches of the winter last week, the girls of Springside Chestnut Hill Academy had to fill major gaps in their line-up. Due to medical reasons, SCH would have to play without its regular number one and number two players, sisters Whitney (a senior) and Nathalie (a junior) Taylor.

That meant that all of the other Blue Devils would have to bump up two rungs on the team ladder, with regular number three Allie Stoddard (a sophomore) performing as the number one, and so on.

That didn't matter so much for Tuesday's tilt against a Friends Central side which plays a mixed varsity and junior varsity schedule (SCH won 9-0). It would definitely hurt SCH the following afternoon when it took on the Lawrenceville School, which normally would've been more of an even match for the Blue Devils.

Both the Blue Devils and the Big Red had lost to powerful Agnes Irwin by 2-7 scores. They'd also lost to Episcopal Academy, but the Devils succumbed by a 1-8 score while the Lady Larries were edged by EA, 4-5. On Wednesday Lawrenceville overcame host SCH, 8-1, with sophomore Lexi Levin's win at number six for the Blue Devils preventing a sweep by the visitors.

When Lawrenceville arrived on Wednesday, the matches in all but the top two flights were decided in three straight games. One of these was the only bout the Blue Devils won, the number six contest. Here, Levin overcame visiting senior Karoline Majewska, 11-5, 12-10, 13-11.

The Big Red were missing a few players from the middle of their line-up, but their team depth meant there wasn't much of a drop-off. In the seventh spot, visiting senior Tiffany Yueng won, 12-10, 11-5, 11-1 over her host, Mazzarelli.

Lawrenceville sophomore Maddie Widener won in the eighth position against SCH senior Kayla Stephan, 11-5, 11-3, 11-5. In the ninth flight, the Lady Larries had junior Sara Chiang post an 11-4, 11-2, 11-3 win over Newbold of the Blue Devils.

Lawrenceville's number one and number two, junior Lindsey Lee and sophomore Maryann Mian, each had to go five games to clinch their matches. Mian opened with an 11-5 win, then SCH's Pearson came back to win the second game, 11-6. Pearson took the lead in the contest with an 11-7 decision in the third game, but then Mian rallied to carry the day, 11-5, 11-1.