Singing his way into a world record

Ralph Tudisco, a Mt. Airy native and Chestnut Hill College graduate, is determined that his love of opera will get him into the Guinness Book of World Records.

Singing his way into a world record 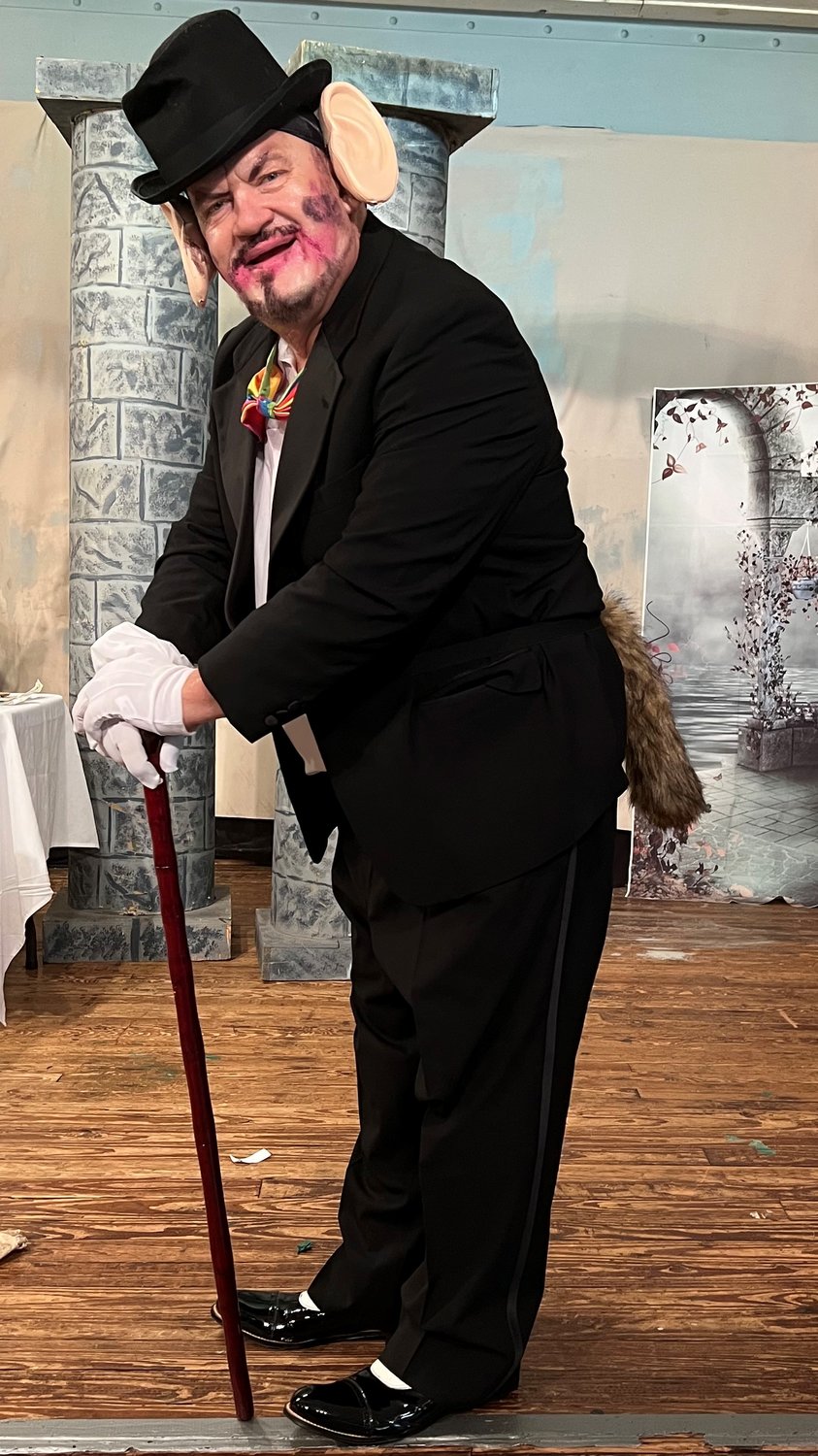 Tudisco performs the role of Signor Ipsilonne in “Belfagor” by Ottorino Respighi recently at the Redeemer United Methodist Church in Northeast Philadelphia, the first staging in the U.S. of the opera. It was Tudisco's 398th operatic role.
Photo by Carol Fox 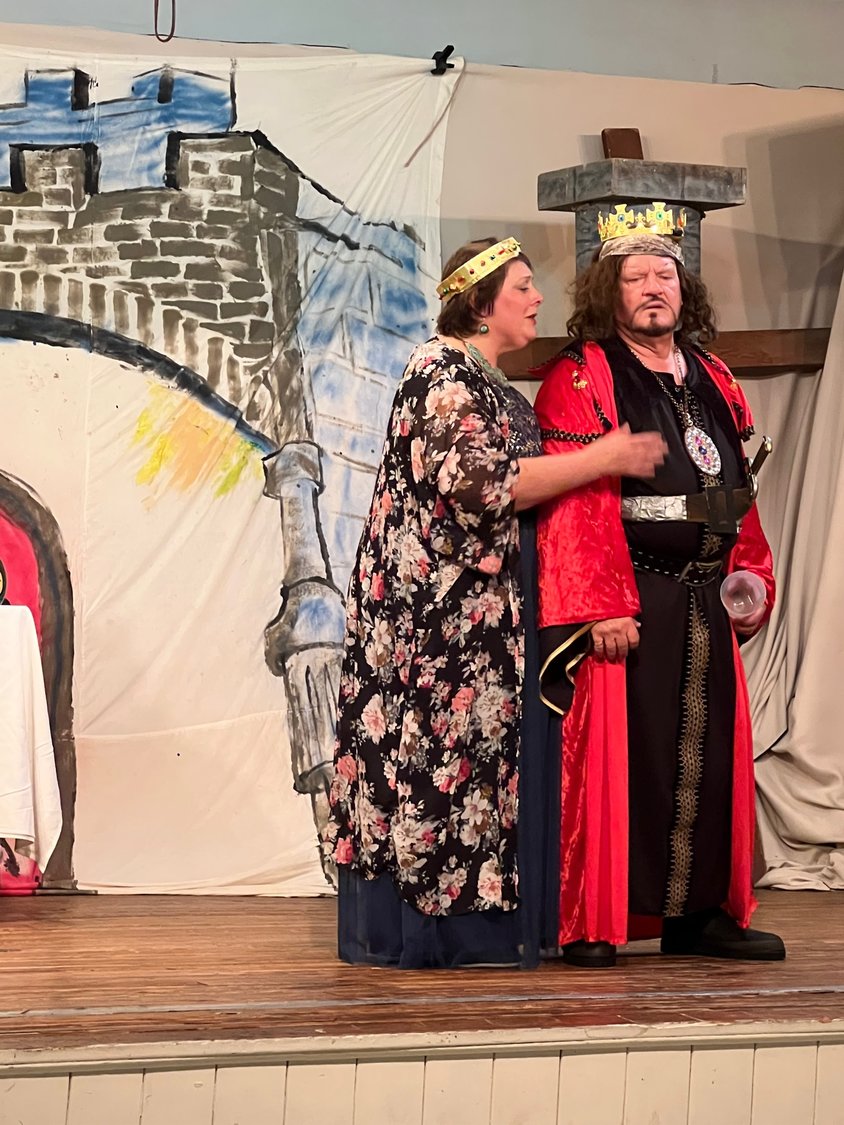 Acclaimed soprano Michelle Schulman starred with Tudisco this June in “Macbeth,” by Giuseppe Verdi. It was the 40th time Tudisco has staged “Macbeth.”
Photo by Carol Fox 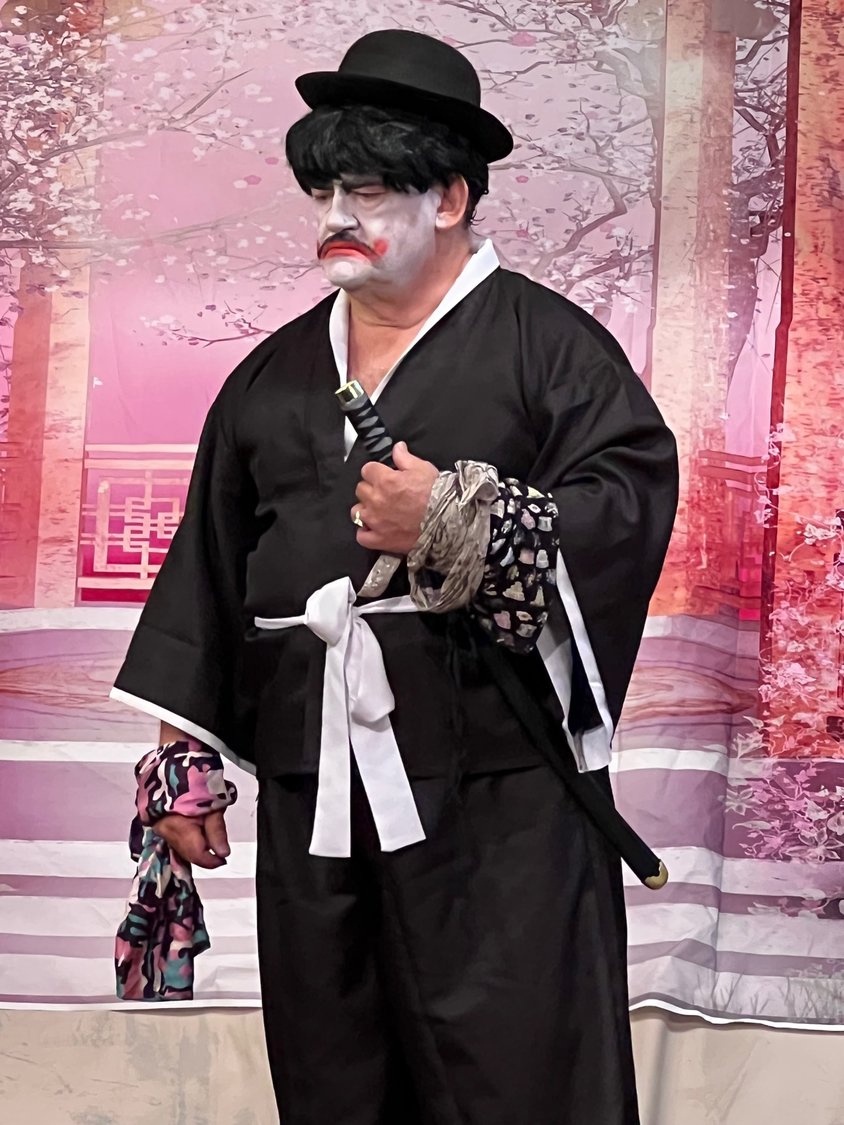 Tudisco played his 399th different role on Oct. 1 in “Iris,” by Pietro Mascagni at the Redeemer United Methodist Church in Northeast Philadelphia.
Photo by Carol Fox 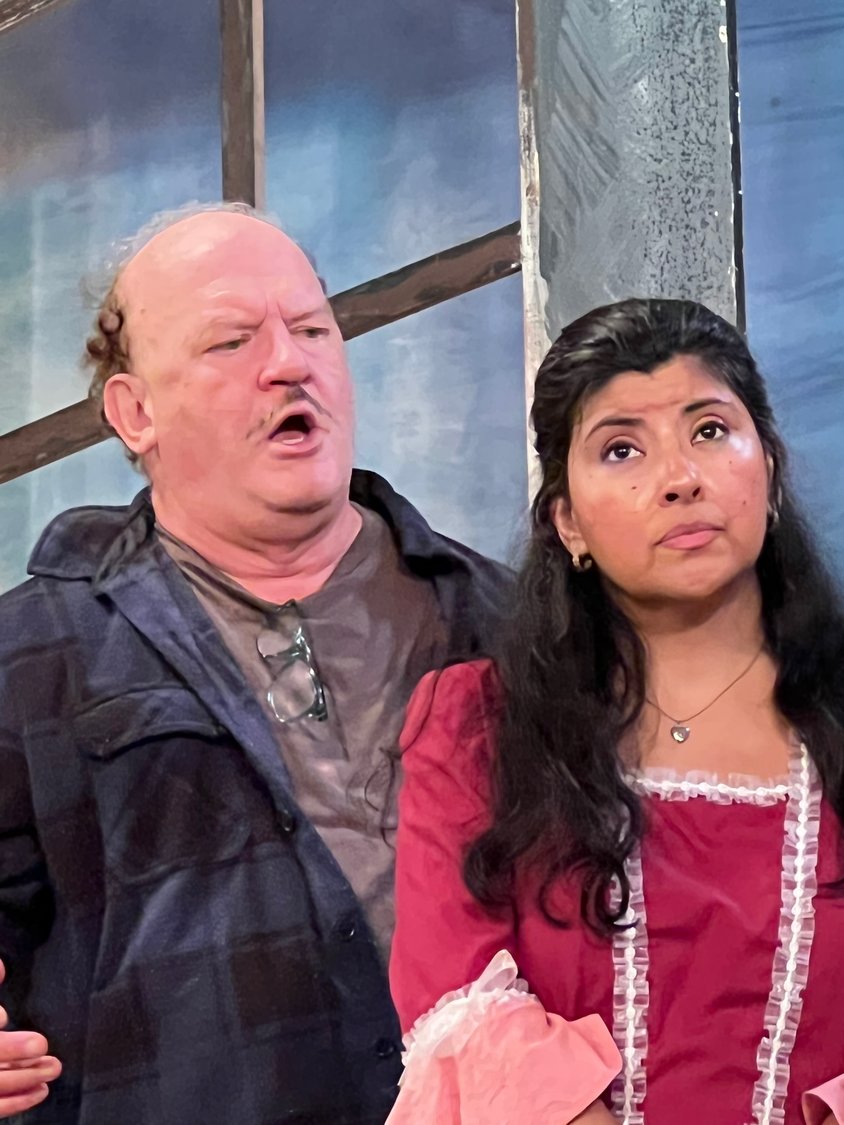 Tudisco is seen with Marcella Adame in a recent production of “Louise,” by Gustave Charpentier.
Photo by Carol Fox
Previous Next
Posted Thursday, October 13, 2022 12:00 am
by Len Lear

Ralph Tudisco, a Mt. Airy native and Chestnut Hill College graduate, is determined that his love of opera will get him into the Guinness Book of World Records.

And on Saturday, Oct. 15, starting at 4 p.m., he will be performing his 401st operatic role in the opera “I Mori di Valenza,” by Amilcare Ponchielli (1834-1886), at the Redeemer United Methodist Church in the Burholme section of Northeast Philadelphia.

As soon as he’s finished, he intends to apply to the Guinness Book of World Records for having sung more roles than any other operatic tenor.

“To me opera is like food. It’s on my mind 24 hours a day,” he said. “I watch opera DVDs when I’m having breakfast. I’m still as excited about it as I ever was, maybe more so.”

Operatic roles are physically, mentally, and psychologically challenging, so most famous opera singers learn no more than about 50 throughout their career.

According to Opera News magazine, the famed Spanish operatic tenor Placido Domingo has now sung more different roles than any other famous singer, performing 151 during his 63-year career.

Tudisco, however – who started singing as a toddler in his family's Ardleigh Street home, which was once the house of Connie Mack, owner and manager of the Philadelphia A’s baseball team before it moved to Oakland – said he is 18 years younger than Domingo but has sung more than twice as many roles.

Many of those performances have been with the Amici Opera Company, which Tudisco founded 23 years ago. Doris Coleman of Chestnut Hill, played piano for Amici's operas for 12 of those years, but she is now retired.

It all started when the family moved out of the Connie Mack house and into a new home on Rugby Street, and his mother gave him a 45 RPM record player.

“I’d listen to tenor arias and sing opera at the top of my lungs on a rocking horse or on the front steps,” he said. “People would stop their cars and listen.”

Tudisco’s father, also named Ralph, once ran a 3,500-seat opera house in Brooklyn, and eventually began asking him to sing for strangers – which often resulted in tips.

It was the start of what would become a lifetime obsession.

“At Show & Tell in school, other kids would bring in dolls or toy cars – I’d bring in opera records and sing,” he said. “I’d go home after school every day and listen to a few operas. My dad would say, ‘Ralphie, go to bed.’ But I always had operatic music running through my head.”

For many years, he took expensive voice lessons with retired opera singers in New York, driving up and back every week at least once. And whenever he takes a vacation, he always goes to Italy, where he finds retired opera stars to sit and talk with.

He performs several operas a month at churches, restaurants and other venues, mostly in the Philadelphia area.

Obviously, his motive is not money, because it’s all he can do just to pay expenses. “Money is green. That’s all I know about it,” he said.

He particularly loves rare operas. “I Mori di Valenza,” for instance, was first performed in 1917 in Italy. And according to Tudisco, this is the first time it will have been performed in the U.S.

“I have always had the desire to do rare operas, and there are still so many more I want to do,” he said. “The music is so beautiful, and Ponchielli is so unappreciated in this country.”

The only other thing in life which claims Ralph’s attention and time is cooking Italian food. “I cook every day. Any pasta or soup, gravy, clams, etc. I come up with my own recipes,” he said.

In addition to living on the edge financially, which is a perennial struggle for him, Tudisco said his biggest problem in life is finding talented singers who will show up and actually perform, since opera singers at this level rarely get paid.

And of course, the pandemic made matters even worse, with both singers and Amici's usual venues backing out.

“The Redeemer Church allowed us to keep performing, though,” Tudisco said, “We did the spraying and the masking and the spacing, and we have never had a singer test positive.”

Redeemer United Methodist Church is at 1128 Cottman Ave. For more information about upcoming operas, call 215-224-0257. Len Lear can be reached at lenlear@chestnuthilllocal.com