The COVID pandemic may have resulted in some of the most stressful, isolated moments in many of our lives, but it was good for at least one thing. It brought us the city’s favorite brass band, Snacktime, which is scheduled to play the second concert in this year’s Chestnut Hill Community Association’s Pastorius Park summer concert series on June 22 at 7:30 p.m. 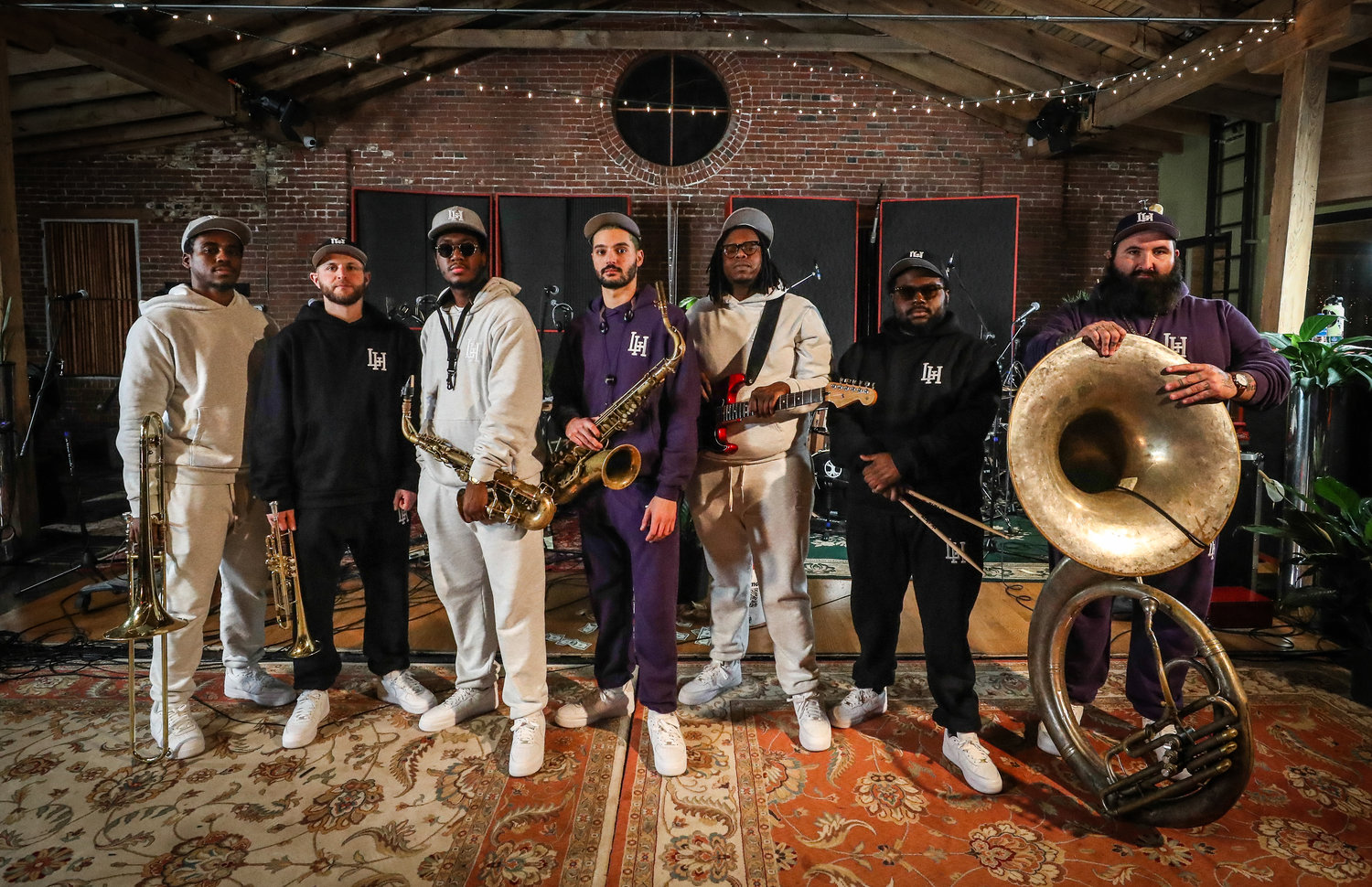 The COVID pandemic may have resulted in some of the most stressful, isolated moments in many of our lives, but it was good for at least one thing. It brought us the city’s favorite brass band, Snacktime, which is scheduled to play the second concert in this year’s Chestnut Hill Community Association’s Pastorius Park summer concert series on June 22 at 7:30 p.m. The series is sponsored by Chestnut Hill Hospital and attendance is free.

Snacktime’s founder, Sam Gellerstein, was recruited by Juana Tamale chef Jennifer Zavala to put together a band for an outdoor event she was hosting outside Underground Arts entertainment venue in August 2020. For Gellerstein, a multi-instrumentalist who has lots of friends in the city’s music scene, that wasn’t too difficult.

“I was like ‘What’s better than a brass band?’” Gellerstein explained. “I called up some friends and we played out in front of Underground Arts in front of an audience.”

The band jibed so well that they kept playing outdoor concerts amid the pandemic.

“The next weekend we were playing in Rittenhouse Park,” Gellerstein said. “It was right when outdoor dining opened back up.”

Since that time, Snacktime has played Sixers games, the Firefly Music Festival in Dover, Del., Hammonton, N.J.’s Beardfest, and various Philadelphia venues including Union Transfer and World Cafe Live. The band even played the first show at Brooklyn Bowl, the city’s newest venue in Fishtown. The band’s concerts are more like parties than musical performances.

Monroe characterized the atmosphere of a Snacktime show simply as “all fun.”

It’s about love, respect and fun,” he said. “The best parties are the ones filled with love, fun and happiness.”

At any given show, Snacktime plays a healthy mix of covers and originals. The band, which had focused on the experience of its live shows, is scheduled to release its debut album, “Sounds From the Street Live,” on July 15. With the exception of a cover of Prince’s “Purple Rain,” the album will consist entirely of original material, most of which was created during live performance improvisations.

Gellerstein said that “90% of the time we’re improvising on the go.”

“We make the sets up as we go,” he continued. “We don’t do setlists. You never know what you’re going to hear.”

And that improvisational style made its way onto the new album.

“Everything you’re hearing on the record was created on the street,” Gellerstein said. “One song was composed using sheet music, but everything else was first played at a gig where someone plays a lick and the band runs with it.”

Monroe, however, says that the word “improvise” is a “huge understatement.”

“It’s more so us communicating without words,” he said. “We’re always a step ahead. We feel like this group of people has mastered the art of having a conversation through music.”

Snacktime has a bit of a rotating cast of musicians. There’s somewhere between 20-25 performers who are a part of Snacktime, but there’s seven main members. Those seven will be on stage at the band’s June 22 performance.

The goal of the performance, like every Snacktime set, will be to get people dancing.

“Our whole goal is to make the crowd dance and to tell you the truth, we haven’t done a gig where we haven’t made people dance,” Monroe said. “One, two or three people will get up to dance, and before you know it, 20 people get up and start dancing. Then 100.”