Maggie King, who appeared on the surface to “have it all,” now says she was keeping yet another explosive secret. Starting at age 16, she began drinking vodka heavily, to the point where she realized she was an alcoholic. 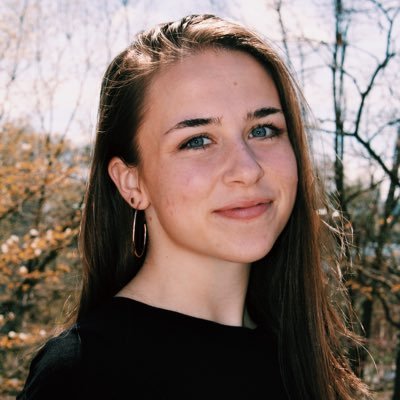 Author Maggie King writes about her “double life” as a teenager, succeeding in academics, sports and other extracurricular activities while drinking vodka to the point of blacking out on weekends.
Posted Friday, December 10, 2021 6:00 am
by Len Lear

The late oilman John Paul Getty was once asked by a reporter if he had any advice for young people seeking fame and fortune. “I have three simple rules that will guarantee success to anyone who follows them,” he replied. “The first is to get up early every morning. The second is to work very hard for long hours every day at something you love doing. The third is to be sure to strike oil.”

Well, Chestnut Hill native and former Springside Chestnut Hill Academy lifer Maggie King was never able to follow the third rule, but she definitely mastered the first two. A multi-tasking overachiever, King was an excellent student at SCH as well as captain of the field hockey team, a member of the lacrosse team and an actress in school plays. “And my mother was dealing with cancer, which was also stressful. There was also the stress of being a closeted lesbian,” she said last week. “I did not 'come out' until I was in college.”

And King, who appeared on the surface to “have it all,” now says she was keeping yet another explosive secret. Starting at age 16, she began drinking vodka heavily, to the point where she realized she was an alcoholic. While a freshman at Wellesley College in Massachusetts in 2017, she entered a 12-step recovery program, and in September 2018 the 19-year-old began writing a semi-memoir, "Pregame: Alcohol, Addition & Recovery Through The Eyes of a College Student," which was published in July 2019 by New Degree Press, a publishing house in Potomac, MD. It is an emotionally charged book that takes you through her personal story, the stories of others in recovery, and addiction policy issues in the United States. 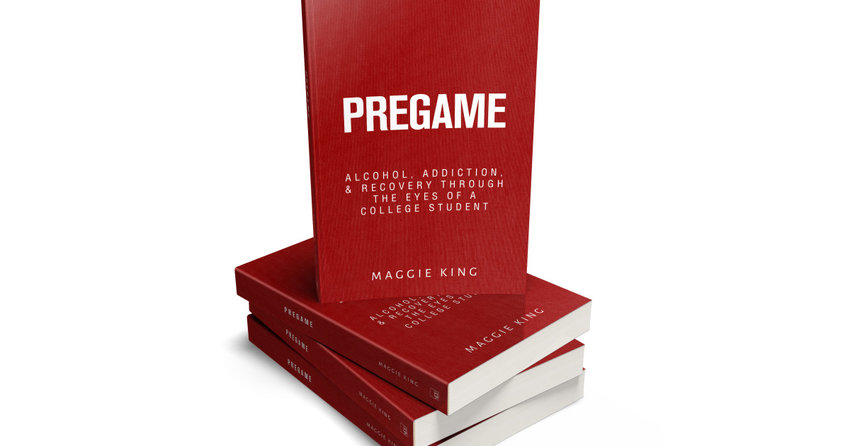 "Pregame: Alcohol, Addition & Recovery Through The Eyes of a College Student" has garnered excellent reviews on the nation's largest book review …

When it comes to the most economically privileged college kids, you might say they are not all in the same boat -- some are in a raft, and some are in a yacht. But they are all in the same storm. “Binge drinking is endemic on college campuses all over the United States,” King said. “Like me, many kids from affluent communities who go to private schools are under enormous pressure to succeed and get into the top colleges. I did not think that I deserved good things. Alcoholism is a coping mechanism, a survival tool that I used to deal with anxiety and depression. The stigma kept me from seeking help for a long time. This is a book for parents, teachers who want to get through to kids, law enforcement and the medical community.”

There are 16 reader reviews of “Pregame” on GoodReads.com, the nation's largest book review website. The average rating is 4.31 out of 5. A typical review from Cira Mancuso, author of “Skin,” reads: “Few people exhibit bravery like Maggie King in 'Pregame.' Addiction is a silent killer, an epidemic overshadowed by the normalization of drinking and drug use today, particularly on college campuses. King's book highlights the fundamental need for change in policy and conversation.”

King graduated from Wellesley in June of this year with a B.A. in political science. In September she began her graduate studies at the University of Pennsylvania School of Social Policy and Practice, pursuing an M.S. in social policy. She also has a full-time day job with Children First (formerly Public Citizens for Children and Youth), a 40-year-old nonprofit founded by King's grandmother, Margaret Estey, and for which King's mother also worked.

The nonprofit does public policy work, advocating for vulnerable youth, wards of the state like those in foster care, issues relating to pre-kindergarten, child care, and juvenile justice. “I am now working on a lead paint poisoning campaign,” King said.

“I have a much more balanced life now. We alcoholics are all or nothing. Many are high achievers. I felt a strong desire to be exceptional. That is Springside. I put so much pressure on myself to succeed. It's detrimental to your self-esteem. I would put on a mask every day, like 'look how perfect I am and see how many things I can do.' And yet I would black out on vodka, and I was so lonely. Many of my classmates did not enjoy hanging out with me. I was leading a double life.”

King’s professional and personal goals focus on empowering everyday Americans through community organizing and legislative advocacy. When she is not in class or working at her job, King may be crocheting, binge-watching Netflix or playing with her dog, Lucky.