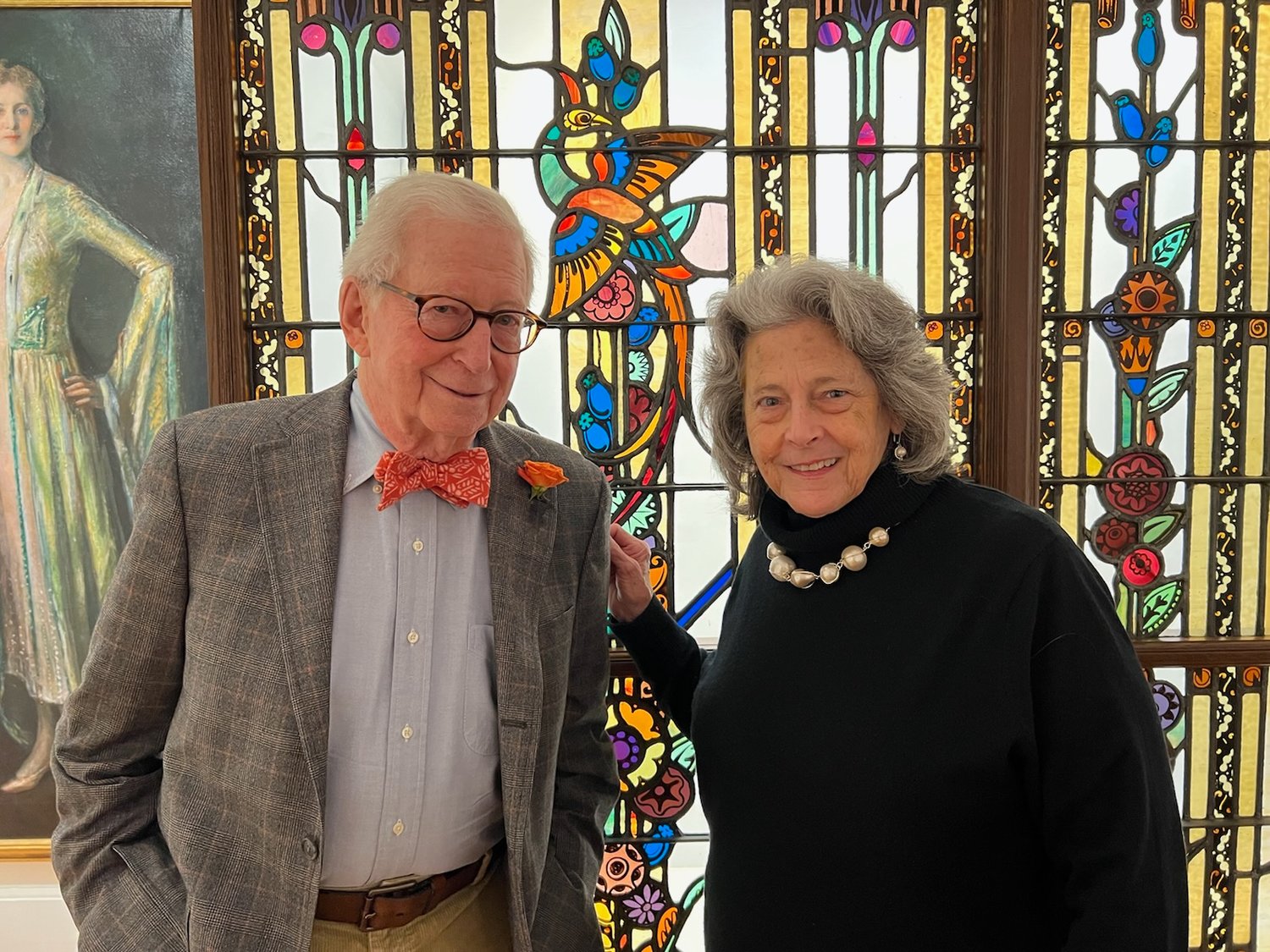 Founding members of the Chestnut Hill Film Group Ralph Hirshorn (left) and Martha Repman (right) meet at Woodmere Art Museum to reflect on the past 50 years of Tuesday Nights at the Movies.
Posted Thursday, February 10, 2022 12:00 am
by Daniella Snyder

Once there were hundreds of repertory movie theaters throughout the United States. Now, all but a few survive. One of them, the Chestnut Hill Film Group’s Tuesday Night movie program, is celebrating its 50th anniversary this year with a series of classics that include “Singin’ In the Rain,” “In the Heat of the Night,” and “Love Me Tonight.”

When the program first began, the film group offered two showings each Tuesday night, often of experimental and cutting-edge films and the response was astounding. More than 100 people would show up each week. Five decades later, with streaming video services that make it possible for people to view many film classics on demand, demand for such screenings has changed.

But for people who really love film, there’s nothing like watching a movie as it was meant to be seen - on a big screen, in a hushed and darkened room, amid a sea of people who are just as enthralled as you are.

And that’s why the series that got its start in the community room of the Chestnut Hill Library is still popular, and can now be found at the Woodmere Art Museum, where it attracts a loyal following of movie lovers to the spacious Kuch Gallery, home to a variety of art as well as Chestnut Hill’s largest screen.

Ralph Hirshorn and Martha Repman, two of the film group’s founding members, have been active since the days when Repman handpicked a small group to help her launch the series, including Hirshorn, David Mallery, the group’s original leader.

“We did some really interesting things,” Hirshorn remembers, recalling their showing of Andy Warhol’s “Empire,” a 485-minute silent film in which the camera is fixed on the Empire State Building. “The movie ends when the very last lit window becomes dark, and honest to God… we had an audience there! It’s one light going out in this great big building, and there was an audible sigh in the audience,” Hirshorn said with a laugh.

Repman fondly remembers the group’s decision to show her favorite film, “Brigadoon,” on her birthday. “The rest of the group didn’t really hold the film in high regard, '' Repman said with a smile, “but it was my birthday present.”

Hirshorn, the de-facto current leader of the group, attributes much of its continued success to Bill Valerio, Woodmere’s director and CEO. In 2010, Valerio, having just come from the Philadelphia Museum of Art, was looking for opportunities to attract new audiences to the museum and expand Woodmere’s programming to include film. By 2012, he offered the series a home at Woodmere. “He really understands the value of film,” Hirshorn said.

You can see the full season’s schedule on Woodmere’s website at www.woodmereartmuseum.org.