According to the National Institute of Mental Health, approximately one in five adults in the U.S. suffers from some form of mental illness. 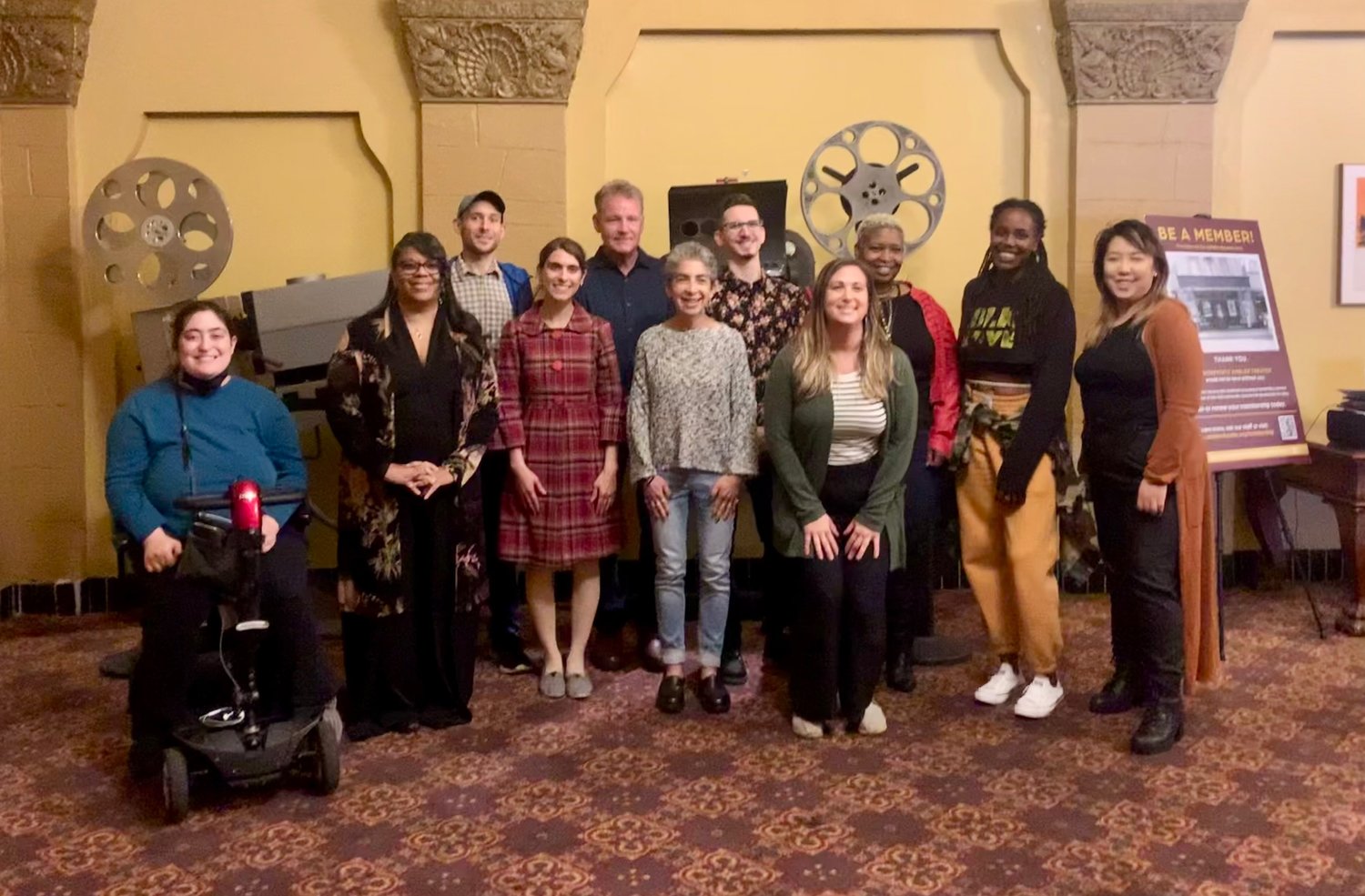 Local residents who will talk about their struggles with mental illness in “This is My Brave” are (from left, front row) Evan Linden (in wheelchair), Andrea Landry, Jenny Lynn Smith, Anndee Hochman and Rachel Haimovich and (from left, back row) Chip Bagnall, Frank Fitzpatrick, Owen Stecca, Joanne Washington, Khaliah Pitts and Elaina Yu. Jenny Smith (not seen here), one of four producers, will also be a storyteller.
Photo by Denita Stevens 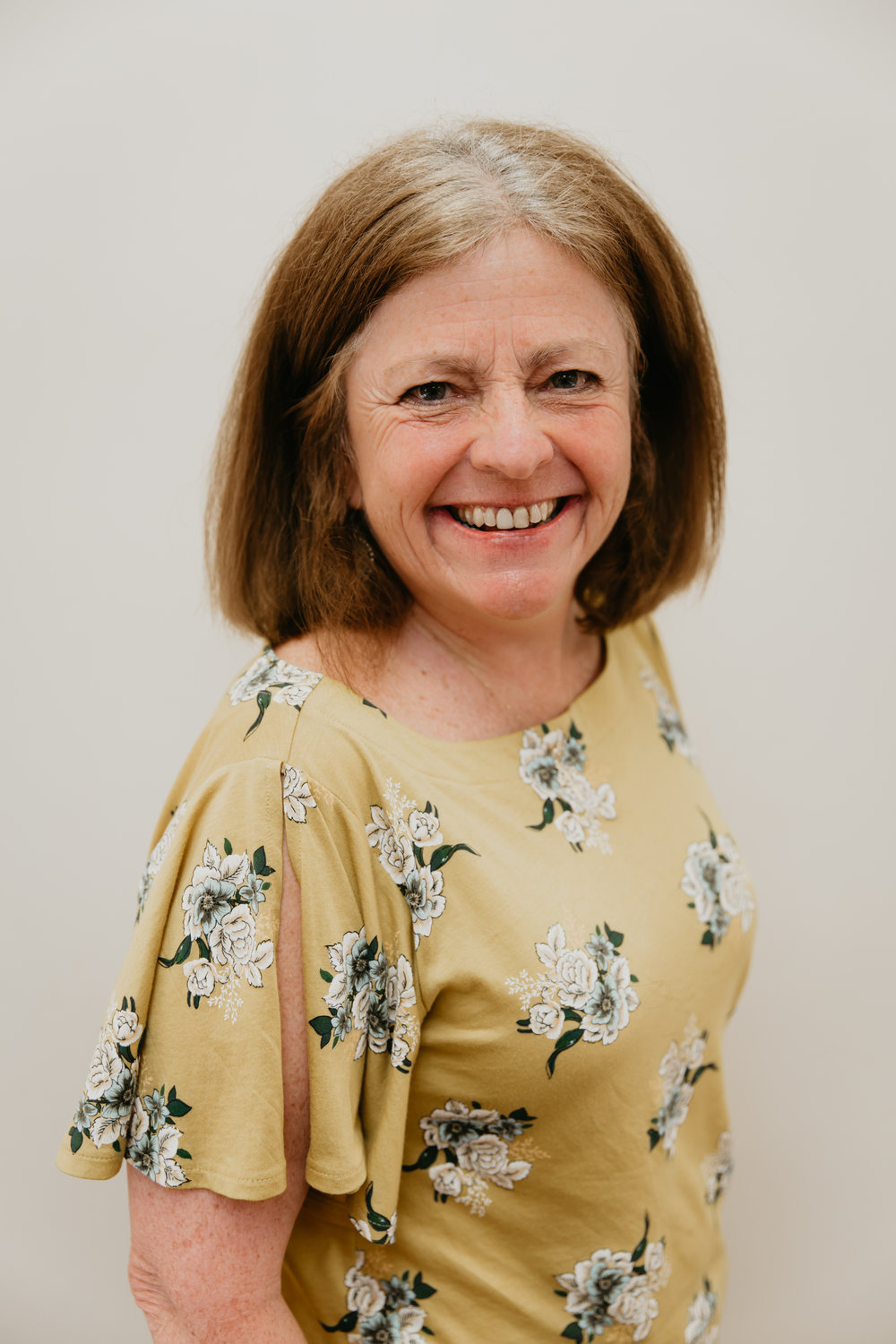 Elise Seyfried, an Oreland resident, former columnist for the Local and author of four books, is one of the four producers of the upcoming Sunday performance of “This is My Brave Philly” at the Ambler Theater.
Previous Next
Posted Thursday, October 6, 2022 12:00 am
by Len Lear

According to the National Institute of Mental Health, approximately one in five adults in the U.S. suffers from some form of mental illness. Yet, for many years there has been a stigma associated with mental illness in this country, even though we now know, from exhaustive medical research, that many such illnesses are caused by a chemical imbalance in the brain.

However, that public perception has been changing for the better, thanks in large part to courageous people with mental illness who are willing to bare their souls in public. For example, 12 area residents will be telling their deeply personal and painful stories as part of “This is My Brave,” a stage presentation at the Ambler Theater, 108 E. Butler Ave., on Sunday, Oct. 9, at 5 p.m.

Four producers — Jenny Smith, Denita Stevens, Lauren Flynn and Elise Seyfried — have assembled a cast of 11 local men and women with a history of mental illness who will tell personal stories and perform in a way that is intended to both entertain and enlighten the audience. One of the producers, Jenny Smith of Mt. Airy, will also perform, as will Anndee Hochman, a Mt. Airy writing teacher and columnist for the Philadelphia Inquirer.

Elise Seyfried, another producer, recently retired after 20 years as director of spiritual formation at Christ’s Lutheran Church in Oreland. She is also an actress, mother of five, author of four books of essays (currently working on a fifth), former columnist for the Local and co-author (with husband, Steve) of 15 plays for children.

“The best chance to beat the stigma of mental illness,” said Seyfried, who for years has taken medication to treat her bi-polar disorder, “is to talk openly and honestly about it. It has been hidden in shame for so long. I am very proud of all these people for speaking out like this. And everyone has a different presentation. We have a singer, a dancer, a comedian, a poet and other talents all with the same goal: to live proudly and defeat the stigma of mental illness. If you don't laugh about it, you're going to cry.”

Khaliah Pitts, a poet and lifelong resident of Mt. Airy, will be one of the performers Sunday. Pitts, whose food essays, interviews and poems can be found at awedandhungry.com, will present a poetic essay entitled "Take it to the Trees; Roots Sing Sweet Songs." The piece tells the story of how after years of engaging in traditional therapies to deal with a chronic and overwhelming anxious-depressive cycle, she found the best "therapy" in being outdoors.

“That's actually why it's so hard for me to move from Mt. Airy,” she told us. “The woods and parks here are the safe spaces I grew up in. When I return to those places as an adult, I feel rooted … Trees are resilient and celebratory, proud and humble, quiet and flamboyant. We can learn a lot from basking in their presence.”

Chip Bagnall, an improvisational and sketch comedy actor from Manayunk, told us, “I'll be narrating a life with Tourette's Syndrome from age seven to present day (I'm 38 now), highlighting the exhaustion, absurdity and even friendship I have with this peculiar neurological disorder. I really want to emphasize the catharsis that performance can provide for someone like myself, dealing with any form of mental health issue. There is much more of a gravity and severity to the attendant anxiety and depression that tends to color my life.”

“This is My Brave” is not just a local phenomenon. Since its first production in 2014 in Arlington, Va., it has been produced more than 80 times in cities around the U.S. and Australia, with more than 900 performers telling their stories.

When “This is My Brave” was produced at The Painted Bride in Center City before the pandemic, the presentation sold out. They are hoping to sell out the Ambler Theater this Sunday and have had a brisk advance sale. Tickets will be available at the door, and the performance will also be live-streamed.

For more information, visit thisismybrave.org/event/philadelphia. You can reach Len Lear at lenlear@chestnuthilllocal.com