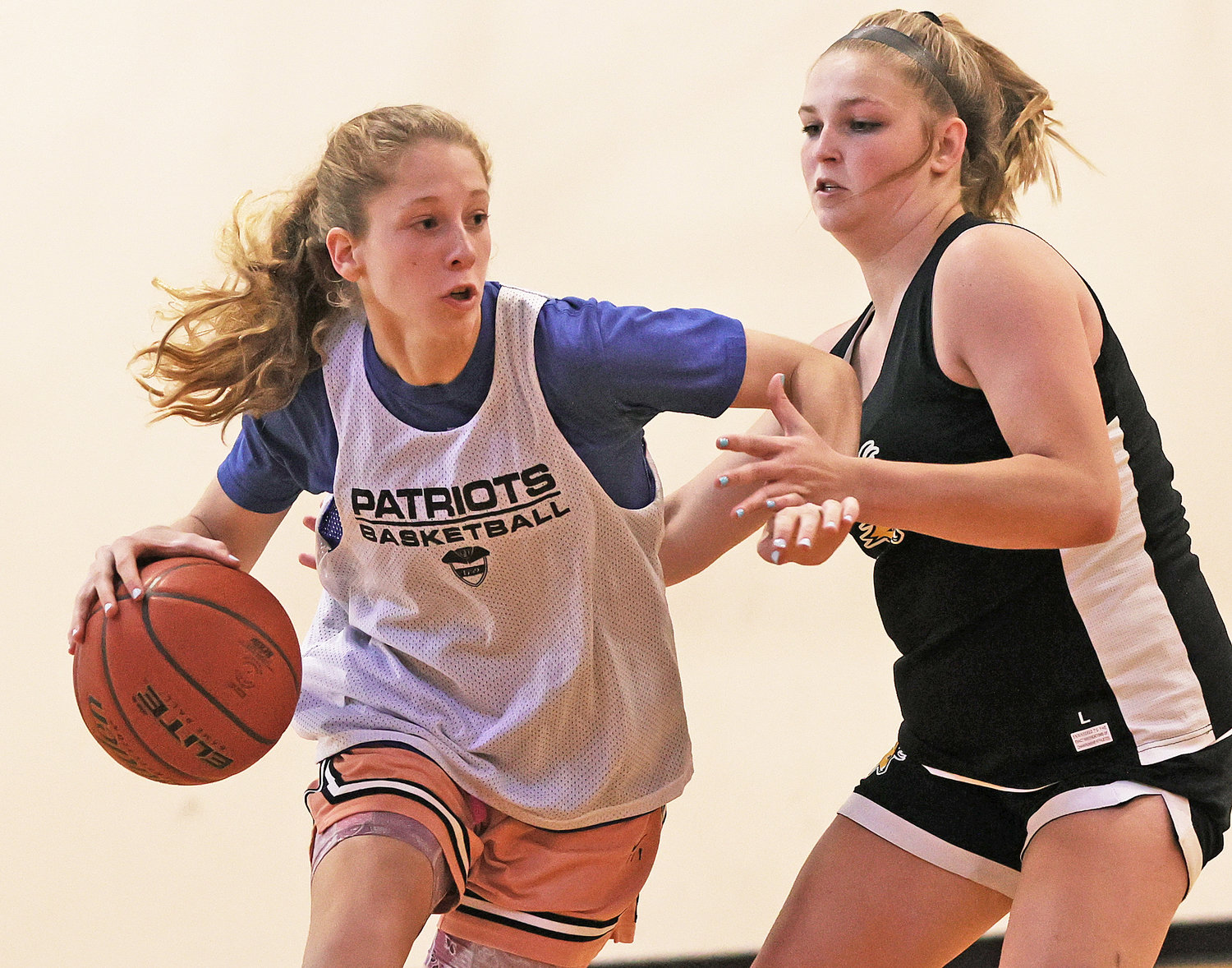 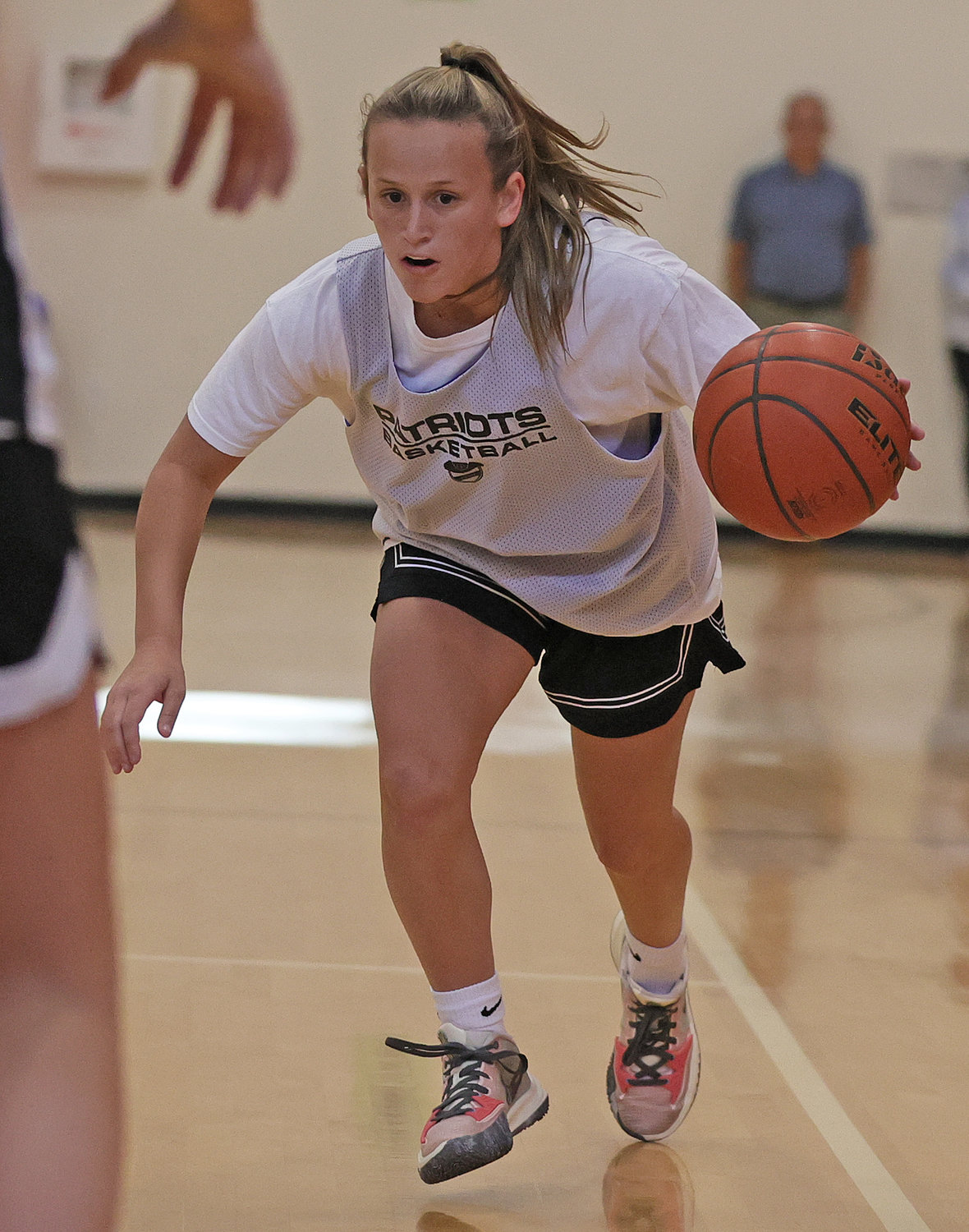 Summer league basketball action got underway on Monday, June 13, with the Germantown Academy Patriots playing host to a number of Suburban One League girls' teams, as well as St. Hubert's from Northeast Philadelphia.

In the past, games in this relatively new high school league were staged at several locations, but this summer all the action is taking place at GA, in the main gym and in the fieldhouse annex.

For the Patriots' own debut in summer ball, head coach Sherri Retif was joined by longtime assistant Andre Strothers. A new addition to the staff is veteran coach Jim Roynan, who headed the program at Mount St. Joseph Academy from 2017 to 2019. He spent the last three seasons as head coach at Council Rock North High School prior to turning the team over to his primary assistant.

GA has many of last winter's impact players returning, including the members of a strong rising junior class. A key senior, center Kendall Bennett, will split time between the GA summer team and her AAU ball club, which is short-staffed. The other 12th grader is guard Abby Marino.

A freshman coming up from GA's middle school, guard Jennifer Fox, is the cousin of Hannah Fox, Penn Charter's all-time leading scorer. Another ninth-grader, tall guard Addie Levensten, is a new student at the school.

On the first night of summer ball the Patriots opened up against Central Bucks West High School, leading from the get-go as Jenna Aponik hit a lay-up and a three-pointer back-to-back. Her sister Jessica soon got in on the scoring, along with Casey, and GA led 11-5 when a time-out was called with 10:11 remaining in the first of the 18-minute halves.

Most of the Patriots had gotten into the scoring column by halftime, when they led 28-12. The Bucks hit the first two baskets of the second half, then Bowes bagged a three-pointer for GA to launch a 9-0 run, and the outcome wasn't in doubt after that. Jessica Aponik paced the winners with 16 points, while Casey added 11 and Bowes scored eight.

In the next game on the same court CB West and Upper Dublin High School looked evenly matched, and after that it was GA's turn to take on Upper Dublin. The Cardinals quickly jumped ahead of the Pats, going up 7-2.

About six minutes in, GA went ahead 13-12 when Jessica Aponik scored off of a rebound. She then netted a trey, and sister Jenna put in a lay-up to reinforce the Germantown lead.

It was still a close contest at the break, with GA up 27-20, but the Patriots steadily widened the gap as the second period progressed. About midway through, the tally was 47-32, and the final was 64-41. Jessica Aponik once again led the Patriots scorers with 17 points, just one ahead of Wade. Jenna Aponik and Kolcecki scored eight points apiece.