Carl Drake has teamed up with Rob and Vanessa Mullen, owners of Campbell's Place, to open Mimi's Café at 184 E. Evergreen Ave., which had been vacant since The Top of the Hill Market and Café closed. 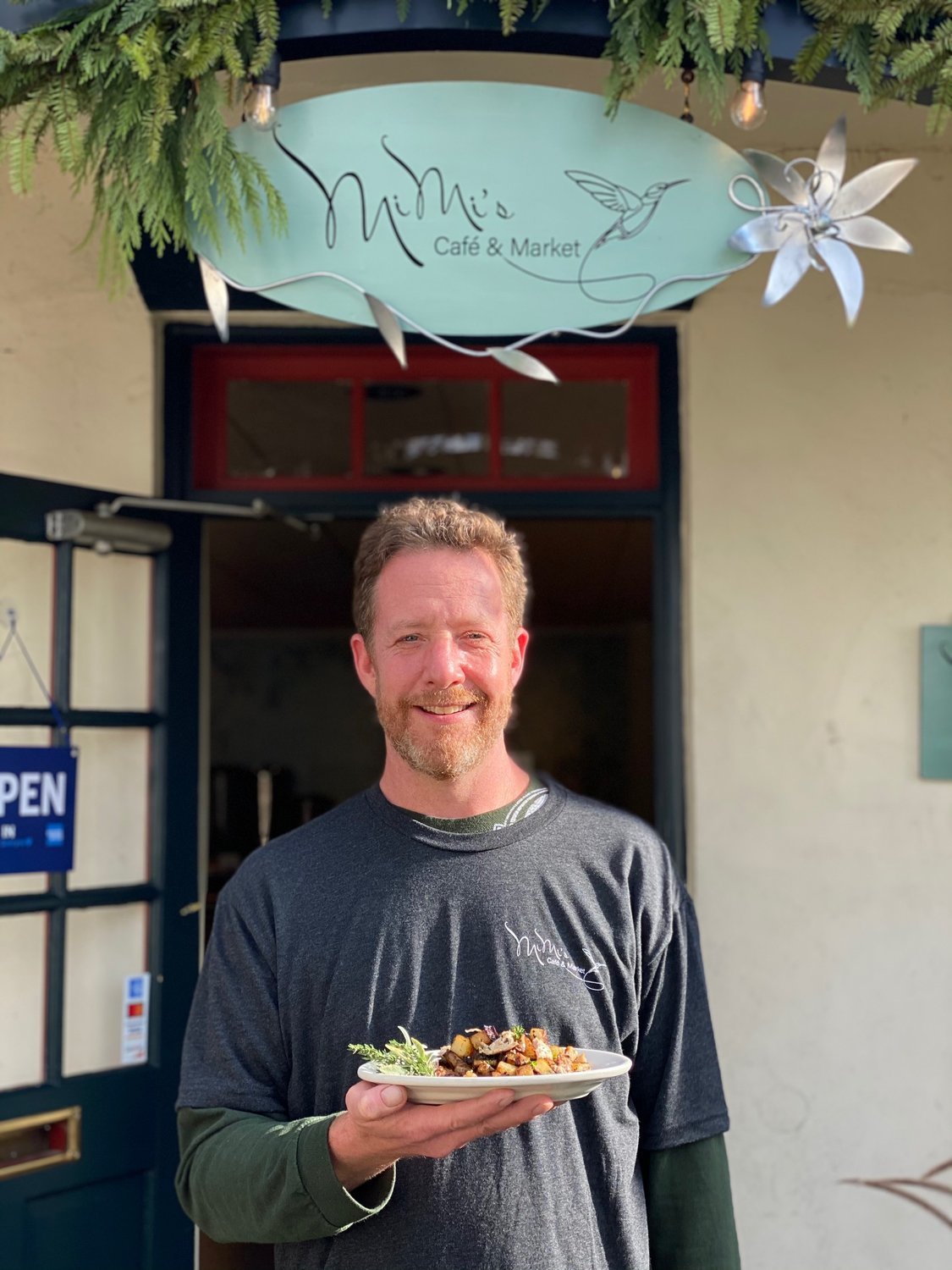 Carl Drake has been a fixture in the Chestnut Hill area and one of the region's most highly regarded chefs since graduating from Chestnut Hill Academy in 1991 and then the Culinary Institute of America (CIA), “The Harvard of Culinary Schools,” in 1997.

Now Carl, 48, has teamed up with Rob and Vanessa Mullen, owners of Campbell's Place, to open Mimi's Café at 184 E. Evergreen Ave., which had been vacant since The Top of the Hill Market and Café, owned by Challie Gangloff, closed there in August of 2019. It was known for seasonal vegetables, fruits and flowers from local farms since opening in 1970. The market is still vacant, but Drake said there are plans to reopen the market as soon as it is feasible, selling prepared foods and possibly barbecued dishes. (The name “Mimi,” by the way, is Vanessa mother's nickname.)

Why on earth would someone open an outdoor café (there will also be indoor seating when the governor's restrictions are loosened) just before winter during a pandemic? “We originally hoped to open in December of 2019,” said Drake, “but the plans were postponed for various reasons. We obviously have to adapt to circumstances. For example, we are offering dinners-to-go, and that has been going well.

(This intrepid soul had lunch outdoors at Mimi's last week in 48-degree weather, and it was quite pleasant. I just kept thinking about the billions of people who have been eating outdoors in all kinds of weather for countless centuries. I would highly recommend the roasted veggie wrap, which was very delicious.)

After graduating from the Culinary Institute of America, Carl worked at fine-dining restaurants such as Le Bec Fin, La Terrasse and Opus 251 and was the executive chef at Bacchus Market & Catering (owned by Tracey Wolfson, another Chestnut Hiller). What was it like to work for Georges Perrier, famed owner of Le Bec Fin, who has a reputation in the industry as a virtual Marine drill sergeant?

“It is true that he was a crazy guy,” said Drake, “but he also had a great sense of humor. Working for Georges was very intense, but I learned more there in six months than in my whole time at the CIA. After many years in this business, I now totally get what Georges was doing.”

Drake did not always have his mind set on becoming a chef. He was studying to be a teacher at the University of Denver when he realized something: he didn’t like any of his professors. So in 1993 he came back to Chestnut Hill and found work at Pollo Rosso, a restaurant in the Chestnut Hill Hotel, whose head chef was Amy Edelman, now the owner of The Night Kitchen Bakery.

“After working there for a year and a half, she said, ‘Carl, you should really look into going to culinary school. If you get a formal culinary background, you could do a lot more.’ So I went to look at the Culinary Institute of America (CIA) and fell in love with it right away,”

In 2003 Carl opened Drake’s Gourmet Food and Catering. He catered intimate dinners for 20, casual hors d’oeuvres parties for 50 and larger parties for up to 200 guests. He also had a stand at the Flourtown Farmers Market from 2003 to 2006, then moved his operation to the community center at 8419 Germantown Ave. until 2015.

“This pandemic has been so tough on the whole restaurant community,” said Drake. “I have heard of places that built a whole outdoor seating area from scratch, and now they can hardly use it. I am glad that Mimi's lets me keep my two full-time people in the kitchen working as well as two part-time dishwashers and four or five out front.”

Drake and his wife, Claire, moved from Chestnut Hill to Erdenheim in 2003 and then to Springhouse in 2014. Claire is a well-known actress in the area and music teacher at several area schools. They have three children — Natalie, Lucas and Nicholas. In fact, Natalie, 18, is the baker at Mimi's, and she will be attending the CIA next year.

Mimi's is open seven days a week for breakfast and lunch, 8 a.m. to 4 p.m., and for takeout dinners. More information at mimischestnuthill.com. Len Lear can be reached at lenlear@chestnuthilllocal.com