On November 1st, tenants at half the units in the historic Wood Norton apartments were surprised by a letter announcing their buildings will be demolished so a new, six story apartment building with more than 50 units can be built. 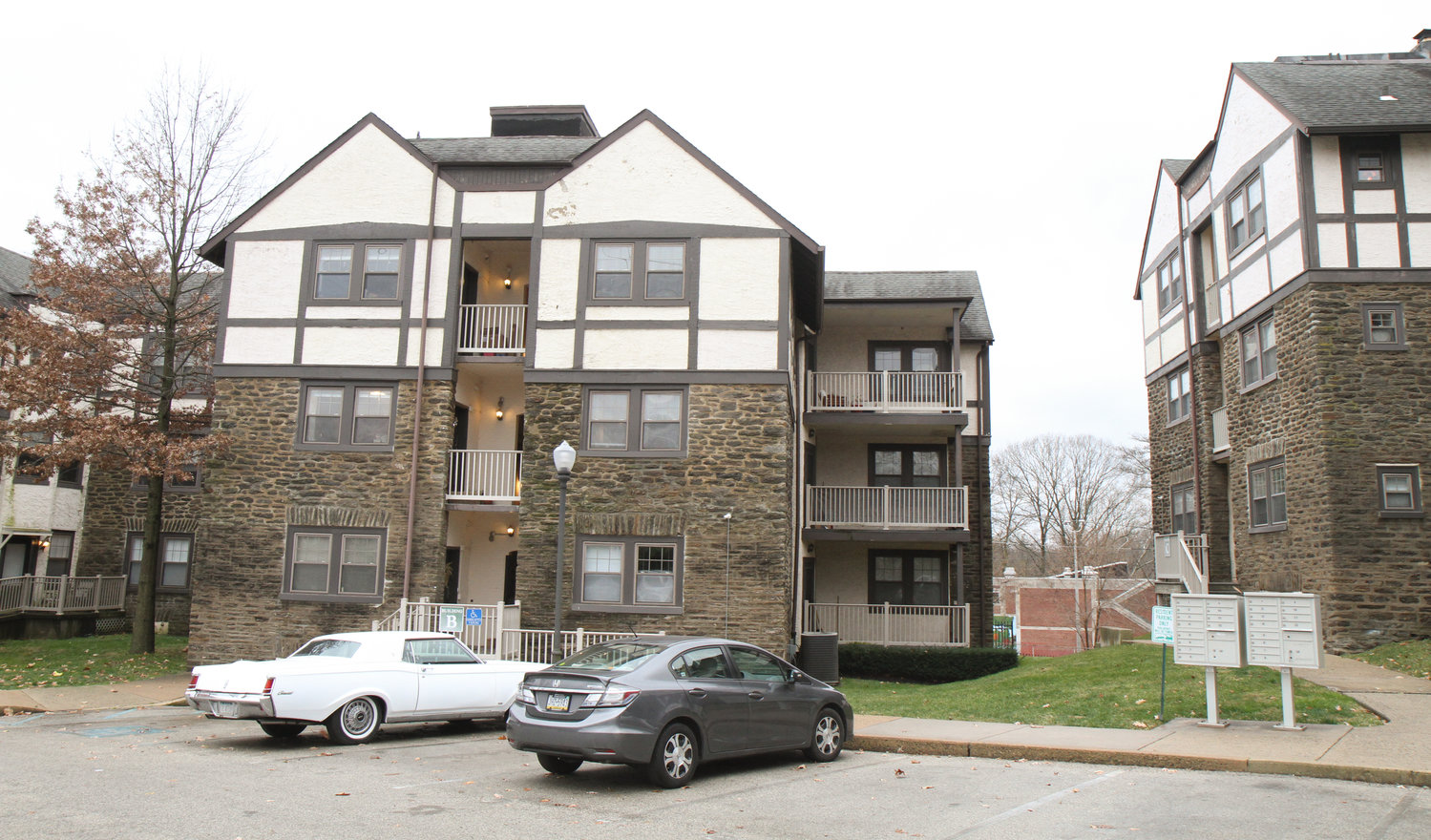 Buildings A and B os the 4-building Wood Norton apartment complex are slated for demolition early next year. They are being replaced by a 50-unit mid-rise building. Photo by DB Fromm
Posted Thursday, December 30, 2021 12:40 pm
by DB Fromm

On November 1st, tenants at half the units in the historic Wood Norton apartments were surprised by a letter announcing their buildings will be demolished so a new, six story apartment building with more than 50 units can be built. They had to leave their homes by the end of January, the notice read, over the holidays and in the dead of winter.

The news hit residents hard, and not just because they have to leave their homes during the holidays. The apartments, with their modest size - each building has six units - foster a strong sense of community amongst residents, one they say they hate to leave.

“Since the time we moved, we actually got to know the other residents in our building and the buildings next to us. It’s a small community within a neighborhood,” said Kenny Jemmott, who lives in Wood Norton with his wife Melodye. “It's only been two short years, but we definitely fell in love with the place.”

The modest complex sits in an enclave called Morton, on a triangle of land bound by Wayne Avenue and West Johnson Street with the Chestnut Hill West regional rail tracks forming a hypotenuse to the rear. Surrounded by grass and a black cast iron fence, its four three-story buildings were built in 1911 in the local architectural style, Wissahickon schist on the bottom two floors with Tudor style stucco third floors. The interiors feature the generous proportions, molding, and hardwood floors typical of the pre-War era.

They were extensively renovated in 2009 by the previous owners, Nolen Properties. The plumbing, wiring, and windows were replaced. Radiators were removed and central air was added. Kitchens and bathrooms were upgraded. The floors were refinished. According to residents and a visual inspection, the buildings are in great shape inside and out.

Nonetheless, in August of 2020, a zoning permit was issued for the demolition of two of the four buildings and a commercial building permit was issued in February 2021 for a six-story structure on the site, with fifty units and parking on the first floor. The demolition permit was posted on Oct. 31. The next day, residents of the A and B buildings received a “75-day” notice to vacate with a deadline at noon on January 31st.

Like many others of its kind throughout Northwest Philadelphia, the Wood Norton buildings are not listed on the Philadelphia Register of Historic Places. Since the parcel is zoned for multifamily use, the new plans are by-right and do not require a zoning variance.

Residents whose leases are ending said they feel the handling of the transition lacks compassion. They regret the loss of the historic apartments, with their good condition, great layouts, and a strong community, but most say they understand the owners have a right to make changes.

What they don’t appreciate is getting such short notice to make a big life change. The time of year is bad for moving in terms of available alternatives, the weather, and the expense, not to mention the ongoing pandemic. “We get it, we just wish we had more time,” said Jemmott.

Some residents are retired, elderly, on fixed incomes or in poor health. Flavia Stovall is retired and managing a cancer diagnosis. Between exhausting chemotherapy treatments, her family has been helping move her and two small dogs.

The complex is owned by Johnson Street Holdings, LLC. The names of corporate officers are not listed on the State website, but the LLC is registered to the same residential Villanova address as the LLC that obtained the demolition permit, Babylon Resource Management. Wick Capital Capital Partners, a Philadelphia investment advisory firm, is registered to virtually the same address, apparently part of the same parcel. The home at the address is owned by Christopher Topolewski, Wick’s managing partner.

The Local submitted questions to the management company, MGMT Residential, and got the following response: “Ownership can confirm that adequate notice was provided to the 12 apartments affected by the planned development. No plans are under consideration for the remaining structure and will continue to operate as a multifamily residential building.”

The notice to vacate stated that the lease agreements were being terminated for “good cause.” It also stated that “we understand moving can be very stressful, so please let us know if there is any way we can assist you in this process.”

The demolition plans have also shaken residents in the two remaining buildings. They say they mourn the loss of their neighbors, don’t trust that a similarly ill-timed notice won’t be delivered to them, and wonder about living directly adjacent to a major construction site for an extended period.

In response, residents have gotten organized, reaching out to Councilwoman Cindy Bass for help. Bass’ office said she hopes to identify the building's owners and help negotiate more time for the move-out.