The life - and death - that inspired an artist’s new book

One of the many joys of Christmas in Chestnut Hill is the return of award-winning artist Eddie Flotte.

The life - and death - that inspired an artist’s new book 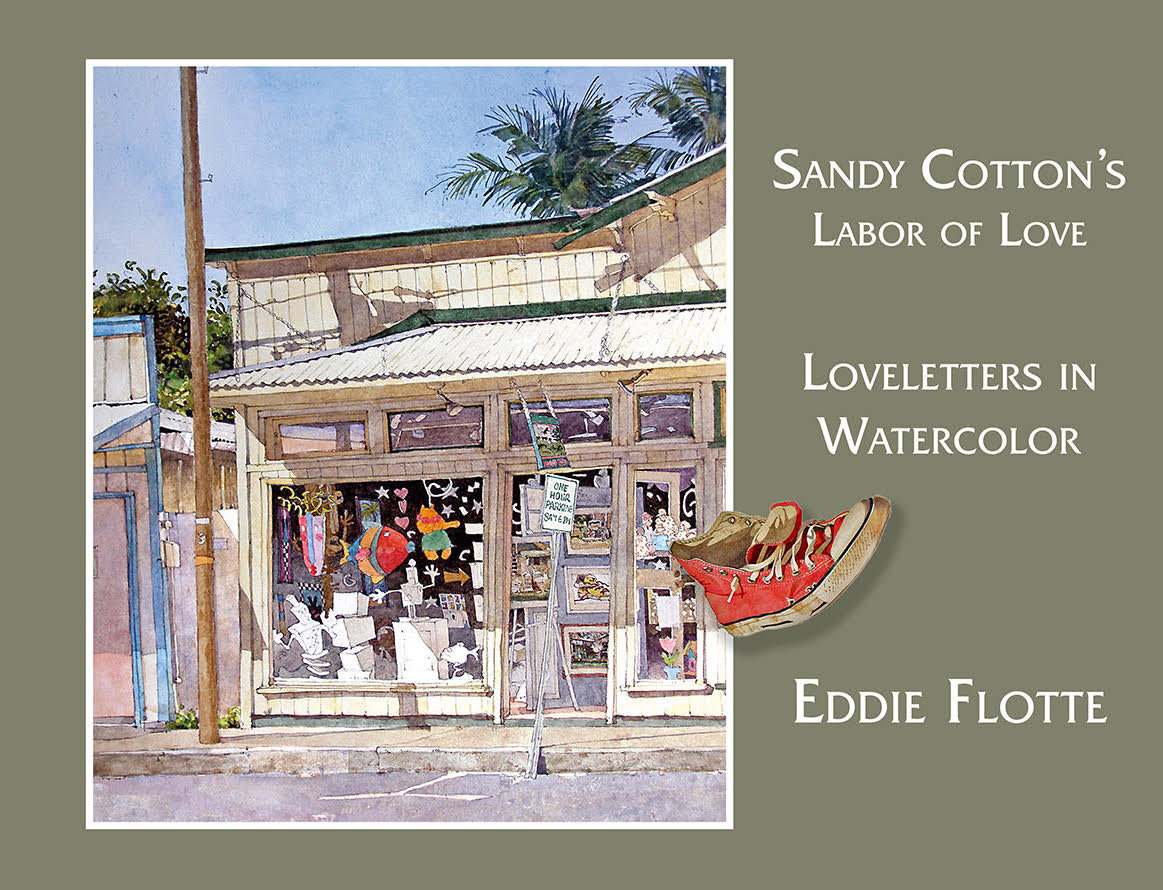 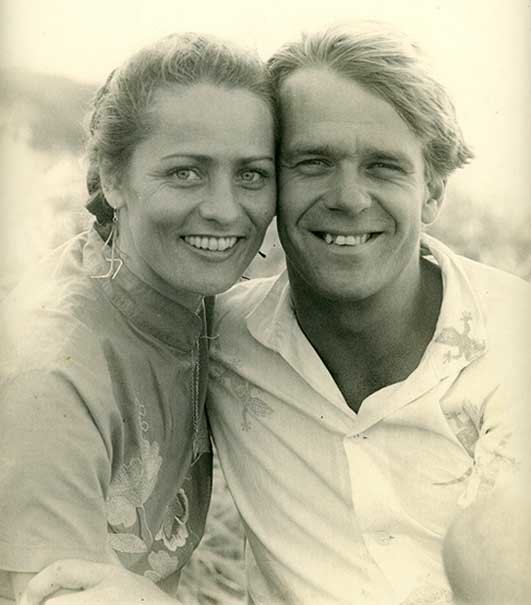 Artist Eddie Flotte married Sandy Cotten, his partner of 35 years, just weeks before her death in 2018.
Previous Next
Posted Thursday, December 8, 2022 12:00 am
by Stacia Friedman

One of the many joys of Christmas in Chestnut Hill is the return of award-winning artist Eddie Flotte. This year, instead of displaying his original watercolors and prints, Flotte will be offering signed copies of his newly published, limited edition book "Love Letters in Watercolor," Wednesday, Dec. 14, at the Chestnut Hill Welcome Center.

Flotte's book, which includes 76 original watercolors, is both a love story and a Christmas story. In both words and illustrations, it tells the tale of Flotte's 35-year relationship with his wife, Sandy Cotton, who died on Christmas night in 2018.

Everyone has their own way of mourning. For Flotte, who credits his wife with his success, the only way to deal with his loss was to honor his wife's memory in words and pictures.

"Sandy devoted her life to helping me live my dreams, to develop as far as I possibly could as a watercolor painter and artist," Flotte said.

Combining the realism of Andrew Wyeth with the wit and whimsy of Normal Rockwell, Flotte's art has captured life in Chestnut Hill, Chadds Ford, Ambler, which is where he grew up, and the wetlands of South Jersey. But most of the book reflects Flotte's life on the island of Maui – which is where he met Cotton.

"We met soon after I arrived in Maui in 1985. I was 29 and trading drawings for sandwiches," Flotte said of their first encounter. "Maui was a hippie and surfer paradise then.”

It happened when one of the owners of a small gallery, Artisans of Hawaii, commissioned him to do a watercolor of someone's home.

“When I showed up at the gallery with the finished piece, Sandy, who was a co-owner, asked to see the other small paintings I had with me,” he said. “She asked me to leave them with her, and when I returned a few days later, she gave me a big smile. Every painting had sold."

At the time, Flotte didn't have a roof over his head. So Cotton asked if he’d be interested in renting a room in her mother's home.

"I didn't follow up on her suggestion until she cornered me one day on the street and drove me to her mother's house,” he said. “As soon as I stepped inside, I felt at home."

However, in a scene straight out of a romantic comedy, there was one thing Sandy had neglected to tell him about her mother's house. She lived there too.

And for the next 35 years, Flotte and Sandy were inseparable. Besides a love of art, Cotton shared Flotte's love of music. When he's not writing or painting, Flotte is jamming on his guitar, playing in rock bands and composing songs. "I've written and recorded a long catalog of original songs," he said.

And then she got cancer.

"She hid it from me at first, because she was concerned it would prevent me from caring for my mother,” he said, referring to the fact that at the time he had been commuting from Hawaii to Somers Point, NJ., to help care for his 89-year-old mother, Betty. “She was right. Had I known, I never would've left Sandy's side," Flotte said.

Then, when doctors said in November 2018 that her time was short, Flotte, then 62, did the one thing that had never seemed necessary until that moment.

"I had asked Sandy to marry me many times before. That night, she finally rolled her eyes and said 'okay.',” he said “I arranged for an officiant to come to our home."

By Christmas, she was gone.

"I am so glad we married because I love being able to call her my wife," said Flotte, who also refers to Cotton as his "angel."

Following Cotton’s death, Flotte relocated to Somers Point, N.J., where he still lives, helping his sisters care for his mother.

"I’ve been here for two and a half years now,” he said. “It fills my life with something meaningful to do and helps me get back on my feet. I try to treat my mom the way Sandy treated me."

Flotte's work sold quickly in Maui for the same reason it has sold in places as diverse as  his childhood home in Ambler and metropolitan cities throughout Europe. It doesn't conform to expectations or trends. Instead, he paints scenes of everyday life  – people working on Maui plantations, shopping at an outdoor market, or playing guitar.

The way he puts it, he wasn’t aiming for a tourist market. He just painted for himself. As a result, his reputation grew. And now his paintings and reproductions hang in private collections all over the world, including five in the collection of the Hawaii State Foundation on Culture and the Arts.

Next March, Flotte will be the featured artist at a month-long retrospective at the Hui No'eau Art Center in Maui.

"That show contains well over 100 paintings I have done over the last 38 years along with the stories of how I was drawn to the places and people in those paintings," he said. "It was also the impetus for completing my book."