One of the pleasures of doing this column comes when readers send book suggestions. 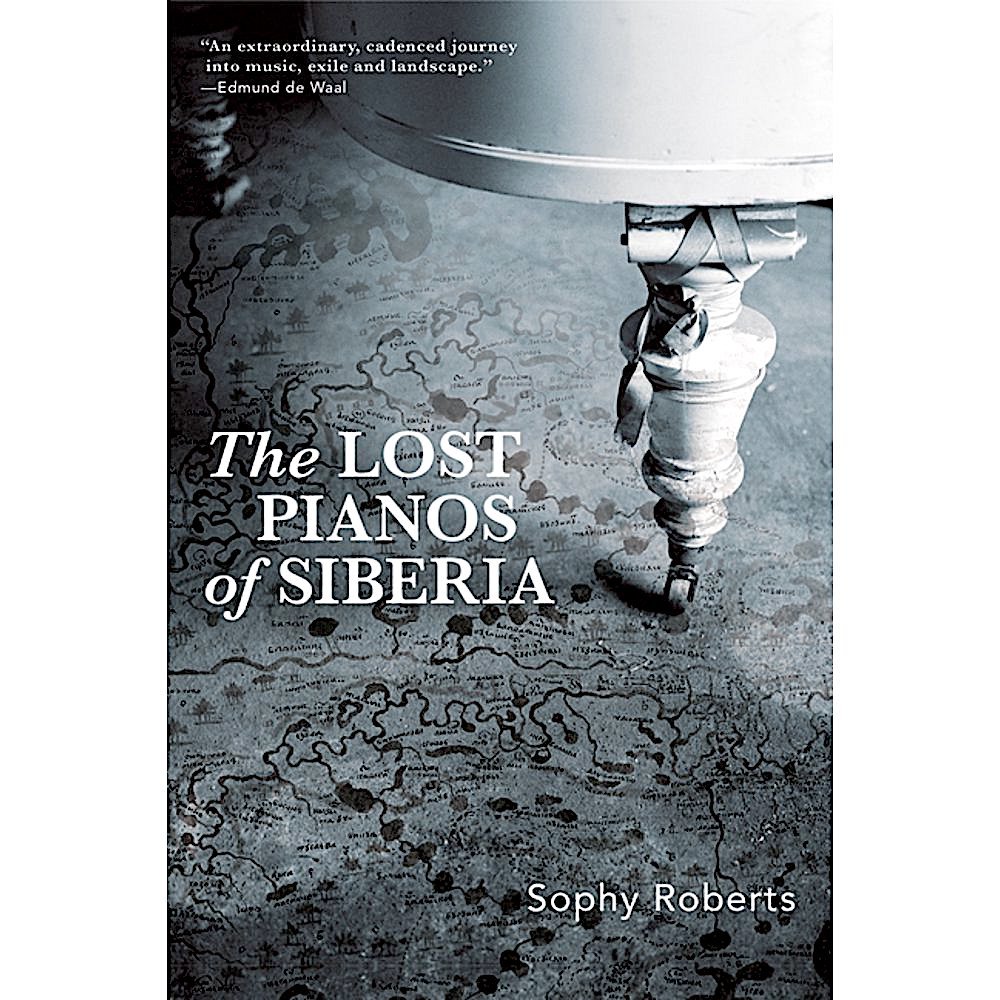 One of the pleasures of doing this column comes when readers send book suggestions. Patricia Ohlemiller, of Wyndmoor, wrote recently, "I prefer reading nonfiction and get my recommendations from the NPR interviews.  I've just finished “The Lost Pianos of Siberia,” a fascinating and edifying story about the Gulag, the Soviet educational (cultural, music) program, and 19th century authors and composers. You might be interested, especially if you enjoy history."

Read it, I did, just finishing last Thursday night. I liked nearly everything about it and also enjoyed learning some things about its first-time British author, Sophy Roberts. In a recent interview with Penguin, UK, she regrets now, in her late forties, having done day to day journalism for 20 years. "It's all I want to do now: write more books."

At 18 she journeyed to India for eight months, on her own, following her inclinations. She told MarshwoodVale Magazine that "It was in India I became addicted to the sensation of travel." She returned with a strong desire to work overseas. She dreamt of becoming a foreign correspondent in a war zone. But she needed a job, and a new magazine, Condé Nast Traveller, hired her and catapulted her into its sophisticated world. Her travel writing then focused on comparing the luxuries of the grand tourist hotels she was paid to visit and sample. Those jobs, instead of exhilarating her, made her lonely.

She began freelancing and took assignments in remote places such as Chad, New Guinea and Mongolia.  Over the last 20 years, her articles on travel and conservation have been widely published in the Financial Times and Wall Street Journal, among others. She's also worked as a travel editor for the Economist's 1843 magazine.

The idea for "The Lost Pianos of Siberia" arose while she was visiting Mongolia. Long driven by stories about nature and ecology, and the need to preserve exotic endangered species, she was visiting there in hopes of finding, and perhaps studying for a while, the wild Siberian tiger. She formed a friendship in the summer of 2015 with a young Mongolian woman called Odgerel Sampilnorov, a brilliant pianist, dwelling in an unexpected place.

Odgerel and the author were both staying with a German friend, Franz-Christoph Giercke, in Mongolia’s Orkhon Valley, close to the site of the historic capital of Genghis Khan’s empire, not far from the border with Siberia. Giercke, who had acquired wealth through cashmere cultivation, greatly admired Odgerel's playing and took to being her sponsor.

One night, as she played on her reconstituted Yamaha during a hillside concert that held everyone, peasants and residents alike, enthralled, Giercke suggested to Sophy Roberts that she should go get Odgerel a better, more fitting instrument. In fact, she should undertake a search for one of "the lost pianos of Siberia' and bring one back for his protege. He, Giercke, would help pay for such a search. After some hesitation, Sophy Roberts agreed.

Guided by a prodigious bibliography, a field guide to Russian piano manufacturers, a large supportive network of experts in music, pianos, Russian and Siberian history, and her own inexhaustive enthusiasm and drive, Roberts made several visits over the next three years. It is doubtful that anyone has inhaled as much Siberian air, traveled from the Arctic Circle to Lake Baikal, or from the Urals to the Pacific, in the same short three years.

One of the necessities of her quest was to gain an understanding of "the story of pianos in Russian culture and how and why these instruments had travelled east in the first place." Siberia is such a vast place, though, where should she begin? She decided "to home in on Siberia's old trade routes, including the Trans-Siberian Railway towns." She would also try to get the news media interested in her mission. Of even greater potential value, she'd need Siberia's piano tuners on her side – they're the people who know where the instruments are – or were.

The places she went to were many and varied. The people and their stories were even more so, and Roberts, who seems to have a natural gift for talking with strangers and eliciting stories, retells her adventures, some of them poignant, others funny, some even tragic, with great skill and ease.

At this point, however, something on the edge of fustiness must be said. I half-expected this book to read as a travel narrative, but it does not. Or, let's say, the story is paused constantly for long and detailed excursions into Russian history. These historical notes are offered so that the piano's role in Russian/Siberian culture can be understood. In fact, they're essential. But their length at times, though the information is fascinating, overwhelms the sense that one is reading a travel story. The idea of the book is more lively than the actual execution of the book.

Sophy Robert's writing does grow freer, however, as she goes farther into the continent. Her stores become more personal, wistful, philosophical, and eloquent as the end of the road nears. There's some absolutely lovely writing here.

The conclusion is rather anticlimactic, however. Just about at the time her last travel visa is expired, a piano that was found about halfway through her sojourn has been deemed acceptable, been refurbished, and finally transported to Mongolia, where a lovely concert is held. Samples of Odgerel Sampilnorov's playing can be found on recordings and on YouTube. There are also several wonderful interviews with the author and the photographer who accompanied her near the end – on YouTube also.

A very pleasurable and enlightening book, all told.