A Look Back at “The Other Boleyn Girl”

A fictionalized historical drama about Anne and Mary Boleyn, sisters driven by their ambitious father and uncle to advance their family's status by courting the affections of the mercurial 16th century King of England, Henry VIII.

A Look Back at “The Other Boleyn Girl” 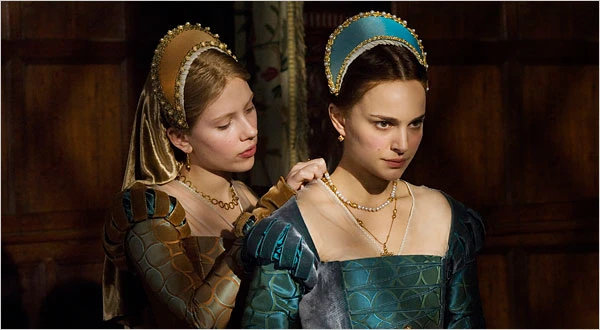 “The Other Boleyn Girl” (2008) is a fictionalized historical drama about Anne and Mary Boleyn, sisters driven by their ambitious father and uncle to advance their family's status by courting the affections of the mercurial 16th century King of England, Henry VIII.

Both would end up in the king's bed, but only one would ascend to the throne.  Thus is their sisterly bond sorely tested and played out with life-or-death implications.

With no son as yet, the Tudors' patriarchal hold on the throne is in jeopardy.  King Henry, played by Eric Bana, has a daughter but no son, so he desperately seeks a male heir.  That's why Thomas Boleyn (Mark Rylance) and his brother, the Duke of Norfolk (David Morrissey), consumed with ambition and anxious to secure their fortunes, conspire to have one of Thomas's daughters win the king's affections, much to the chagrin of their disapproving mother (Kristin Scott Thomas).

Thus does the Boleyn family leave their simple country life behind for the stimulating but dangerous atmosphere of the king's court.

Scarlett Johansson plays sweet-natured, passive Mary, who becomes the king's mistress, comes to love him, and bears him two illegitimate children.  But nothing will stop the saucy and ruthless Anne, played by Natalie Portman, from becoming the Queen of England.

Debuting director Justin Chadwick works from the fine screenplay by Peter Morgan, based on the best-selling 2002 novel by Philippa Gregory.

This is a fictional take on history, so liberties are certainly taken with the facts.  And perhaps the sex-as-a-driving-force-in-history thrust is too narrow a focus.

But, in its tangled-web exploration of a sexual power struggle, Morgan's script touches all the dramatic bases – love, envy, jealousy, betrayal, hatred, and loyalty – as it works its way up to a gripping climax with an almost dizzying level of intensity.  What the handsome but constrained film lacks in epic sweep, it more than makes up for in intimacy and urgency.

The acting, effective and appropriate across the ensemble, ranges from good enough to good (Johannson) to superlative (Portman) in this speculative saga of romantic intrigue, devastating disloyalty, and enduring sisterhood.

“The Other Boleyn Girl” reigns supreme.