Three local authors, one from Chestnut Hill and two from Mt. Airy, will discuss their books at a signing event on Thursday, July 28, 6 p.m., at Hilltop Books, 84 Bethlehem Pike. 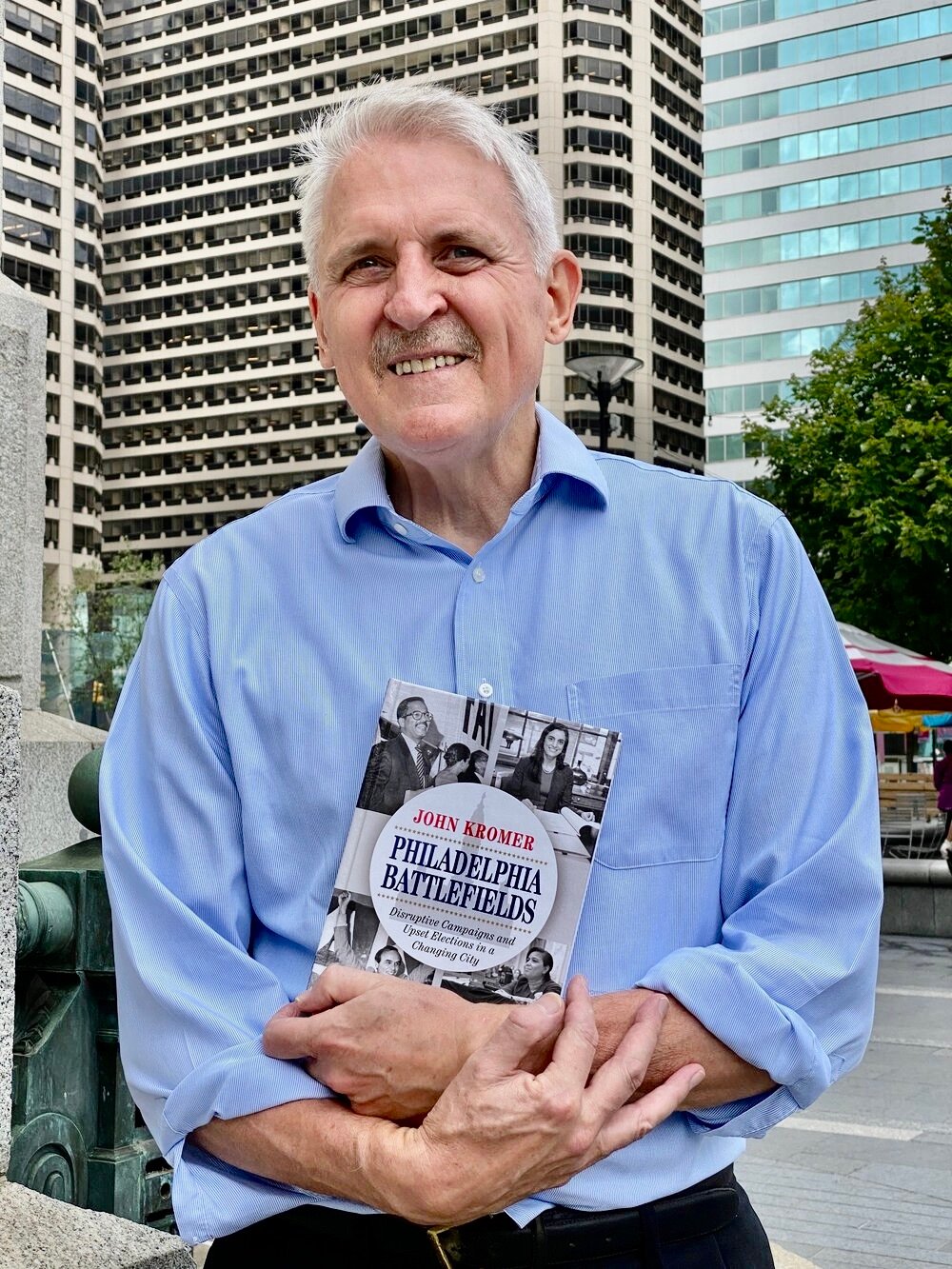 John Kromer of Mt. Airy, one of three Northwest Philadelphia authors featured during an event at Hilltop Books in Chestnut Hill, will talk about his book “Philadelphia Battlefields.”
Posted Thursday, July 28, 2022 12:00 am
by Len Lear

Three local authors, one from Chestnut Hill and two from Mt. Airy, will discuss their books at a signing event on Thursday, July 28, 6 p.m., at Hilltop Books, 84 Bethlehem Pike. The event is titled "Philadelphia Writers on Philadelphia History."

Karen Bojar of Mt. Airy, will talk about her new book, “Feminist Organizing Across the Generations” (Routledge Publishing), which draws largely on Philadelphia feminist history; John Kromer of Mt. Airy will discuss his book on Philadelphia politics, “Philadelphia Battlefields” (Temple University Press), and Chestnut Hill resident Nelson Diaz will speak about his autobiography, “Not from Here, Not from There” (Temple University Press).

Kromer is an instructor in urban development policy at the University of Pennsylvania, former director of housing for the City of Philadelphia under Mayor Ed Rendell and a participant in local political campaigns. He is the author of a previous book,”Fixing Broken Cities: The Implementation of Urban Development Strategies.”

“It's not enough to be a good person with a nice resume and a reform agenda,” Kromer told us in an interview last week. “I tried it in 2011 when I ran for Philadelphia sheriff, and it didn't work. To be successful, an upstart candidate needs a creative campaign strategy that captures people's attention, an effective way of communicating with voters on a daily and weekly basis and an understanding of how the campaign can be made relevant to issues that people care about.”

A 1971 Haverford College graduate who majored in Russian (“I was interested in the turmoil going on in the Soviet Union at that time”), Kromer has lived in West Mt. Airy for 36 years. He joined the Rendell Administration after being active in nonprofit organizations that focused on housing and development issues in North and South Philadelphia.

Karen Bojar is a professor emerita of English and women’s studies at the Community College of Philadelphia, where she founded the Women’s Studies/Gender Studies program. Her new book - suitable for students and scholars in women's and gender history, political history and gender studies - spans almost 60 years of feminist history and traces the evolution of feminist activism from the 1960s until the present.

Using the Philadelphia chapter of the National Organization for Women as a starting point, Bojar explores how feminist organizing was unfolding in similar ways across the region. The book examines the enormous energy put into building feminist service organizations such as women's shelters and rape crisis centers.

“The book also looks at the differences between the organizing strategies of 'second wave' feminists and those of the 21st century,” she said. “Much 21st-century feminist organizing is taking place outside of explicitly feminist groups, with young feminists bringing a gender justice perspective to a range of racial, economic and climate justice organizations.”

The Chestnut Hill author, Nelson Diaz, said he was raised in the squalor of a New York tenement until he was 10 years old. Throughout his life, that experience, coupled with lessons learned as the only Latino student in his class at Temple University Law School, would inspire his work as a lawyer activist in what he calls his “fight for the expansion of rights for all Americans.”

A review in Philadelphia Magazine describes Diaz's book as “a gripping life story, beginning with his pregnant mother's 1946 voyage from Puerto Rico, winding through a youth in Harlem tenements and concluding with his rise to prominence in Philly public life.”

“Díaz never stopped advocating for others,” said a spokesman for Temple University Press. “He was happy to become the first Latino to 'do something,' but he never wanted to be the last. This story of an outsider who worked his way to the inside offers powerful lessons on finding a place in the world by creating spaces where everyone is welcome.”

For more information: hilltop.org or 215-315-8588. Len Lear can be reached at lenlear@chestnuthilllocal.com.