Tuesday Nights At The Movies returns to the Woodmere

The magic of movies returns to the hill this September, with Woodmere Art Museum once again opening up their gallery to screen classic films with the 49th season of Tuesday Nights At The Movies. September 28: "Fury," with Spencer Tracy.

Tuesday Nights At The Movies returns to the Woodmere 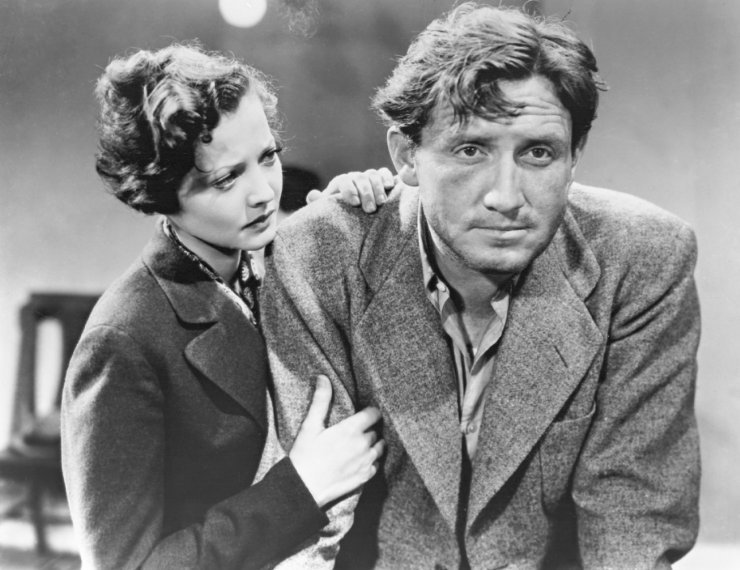 The magic of movies returns to the hill this September, with Woodmere Art Museum once again opening up their gallery to screen classic films with the 49th season of Tuesday Nights At The Movies, presented by the Chestnut Hill Film Group.

“Movies are special,” says Ralph Hirshorn, member of the Film Group, “and they need to be appreciated in the way they deserve.” This has been a difficult task over the last year and a half, with audiences forgoing theaters for the comfort of their own homes. With the convenience of streaming services’ new simultaneous online releases of movies, it begs the question: why go out to see movies at all?

Hirshorn, a Chestnut Hill native with experience in the film industry, has answers. After winning a Screen Producers Guild Award in college, Hirshorn got a contract with Columbia Pictures and moved out to Hollywood to work behind the scenes, as an assistant director and screenwriter. After his father’s death, he moved back to Philadelphia, taking on the family business – insurance – and developing its entertainment section. His passion for film stayed with him his whole life, and he helped create the Philadelphia Film Festival and Yale film series.

Now he’s back here in Chestnut Hill, working tirelessly to instill in his community the same love of movies that he’s always carried with him.

Like most communal activities, Covid made this an impossibility. In an effort to work around this public health crisis, film studios became media companies. You can now watch the latest Marvel movie on opening weekend from your computer in bed.

But this pivot to online releases hasn’t been without its detractors, with Scarlett Johansson suing Disney for breaching their contract by releasing the film “Black Widow” simultaneously for streaming. Ralph Hirshorn, too, thinks that seeing movies in-theater is still the way to go, especially now that vaccines are available and health and safety practices are in place.

His favorite example of the importance of seeing movies in theaters recalls Alfonso Cuarón’s film “Roma.” Most people who saw it in theaters, when it was released in 2018, gave it rave reviews. It went on to critical acclaim, winning three Academy Awards that year. But most people Hirshorn talked to who had watched the movie at home didn’t even finish it.

Now that movies are back, the Chestnut Hill Film Group’s Tuesday Nights At The Movies are ready to bring that immersive, community-oriented experience to Chestnut Hill, with safety measures like mask requirements and distanced seating. The Woodmere Art Museum hosts Chestnut Hill’s largest screen, with a beautiful projector and a classic 1.33:1 aspect ratio that hearkens back to the old days of cinema.

The first movie on the docket is “Fury” (1936), a film that was not chosen intentionally for its relevance to contemporary struggles but that, like so many classic films, connects in striking ways. Films range from the classic to the contemporary, the musical to the dramatic, the familiar to the obscure. The members of the Film Group’s committee, all specialists in different time periods or genres of movie, come together to select films for the season.

“They’re good films, and they deserve being seen,” says Hirshorn. Compared to 50 years ago, there are very few retrospective theaters left in the country. Tuesday Nights At The Movies keep the tradition alive and strong, and they place an emphasis on accessibility.

Tickets are donation-based, with a $5 recommended donation. Some inveterate audience members give larger, more generous donations, and some without means attend for free. Regardless, all are welcome. The location is accessible to neighborhood movie-goers, but is also close enough to the train station to be walkable for those coming in on public transportation.

The program’s “whole appeal”, Hirshorn stressed, “is community”. The Woodmere’s doors are open to both returning members and new audiences that desire that familiar cinematic, immersive experience after a long year and a half of streaming movies at home.

Any interested in attending a movie at Woodmere, starting with the season’s opening film “Fury” on September 28th, can RSVP by emailing rhirshorn@gmail.com.