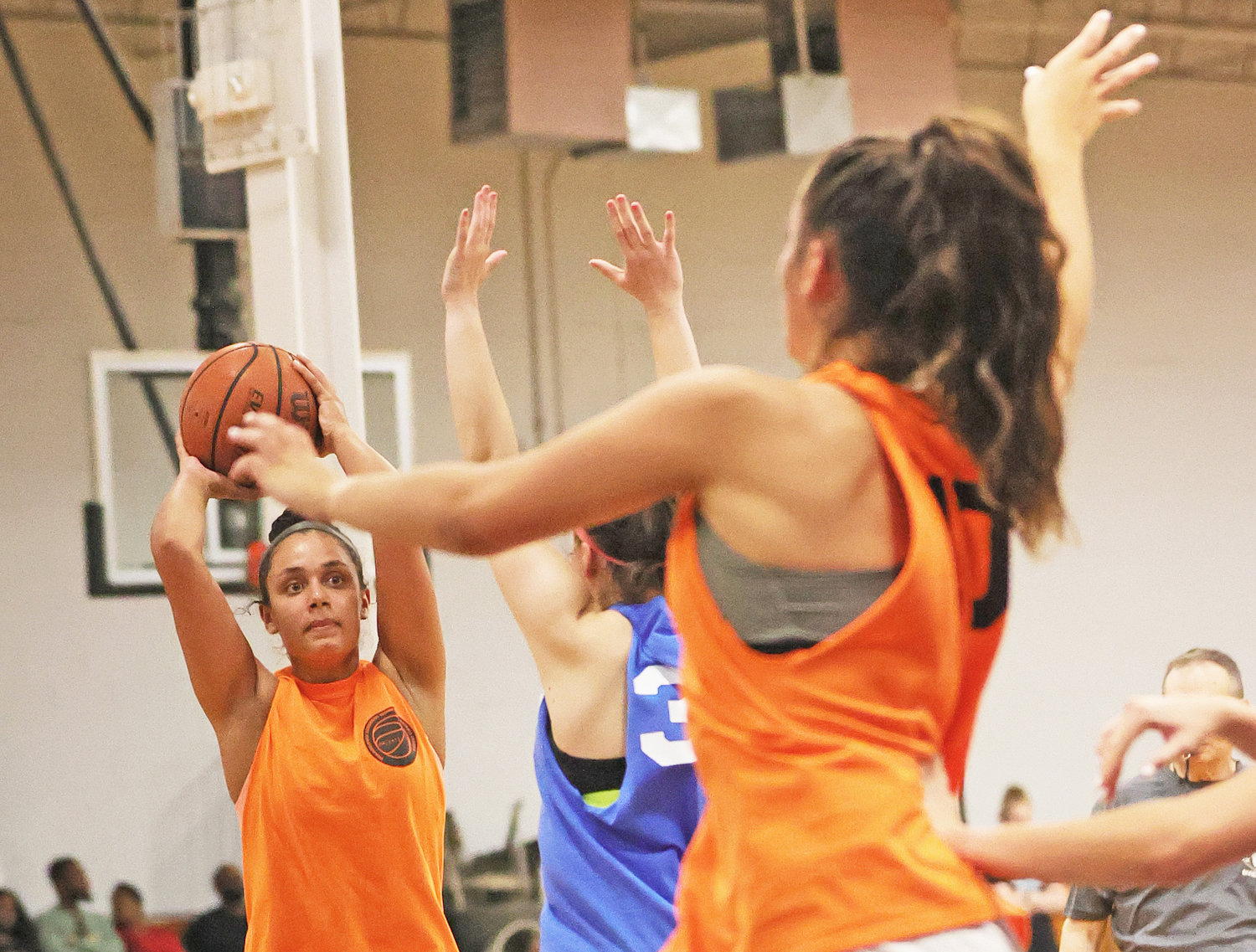 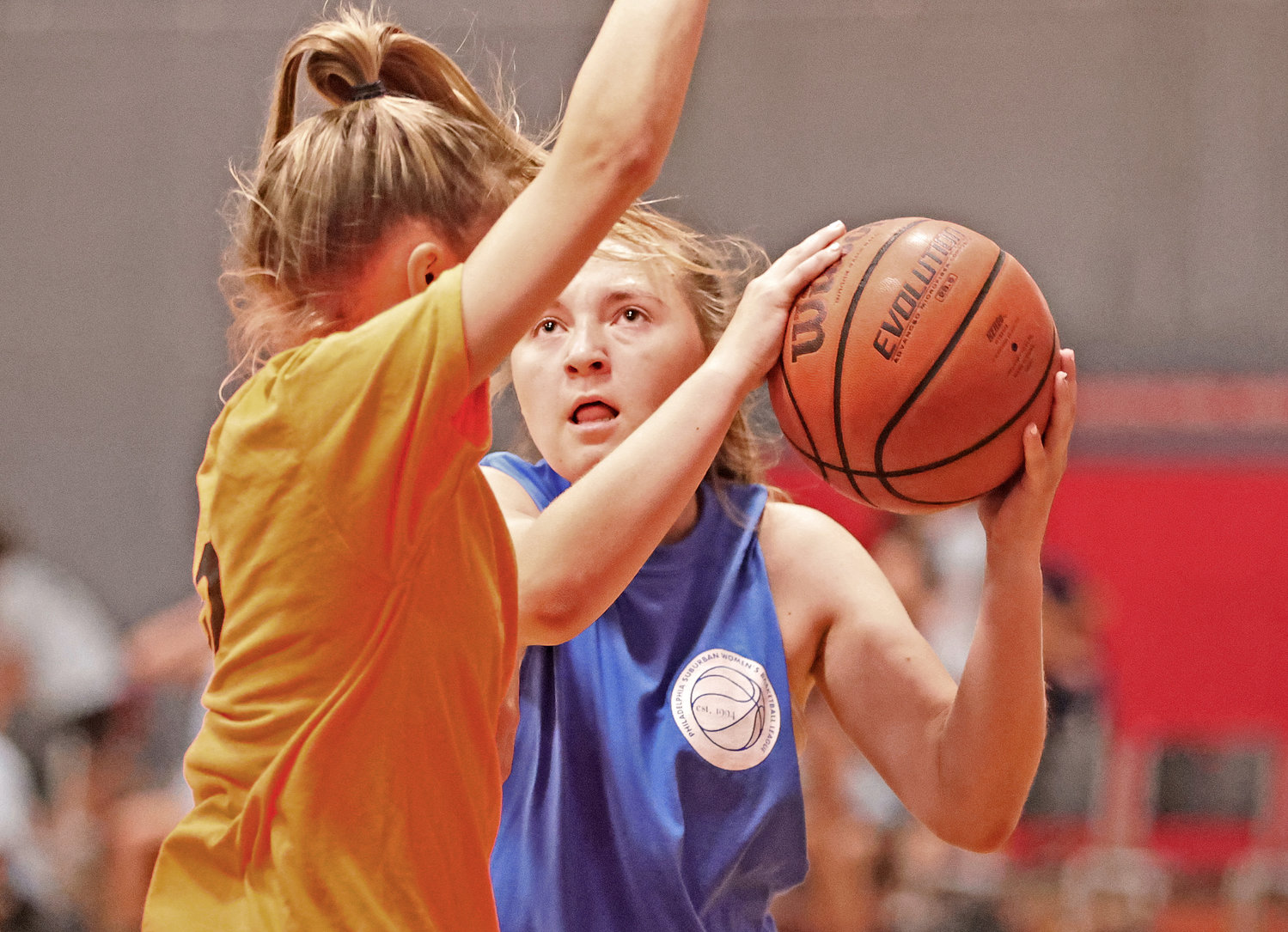 Charlotte DiLello (right), a recent Germantown Academy graduate who will play for Ursinus College, tries to get off a shot against another incoming freshman, Chestnut Hill College's Morgan Sterner.  (Photo by Tom Utescher)
Previous Next
Posted Thursday, July 1, 2021 9:13 am
by Tom Utescher

Rising sophomore Kait Carter from Penn Charter was not on hand for Team Orange last week, but two incoming freshmen stood out for the CHC summer squad. A 6'2" post player out of Central Bucks East High School, Emily Schmiel, scored a game-high 15 points, and close behind with 14 points was guard/forward Brianna Rider. Rider, who comes from the outskirts of Baltimore, drives several hours each way on Thursdays to play with her Griffin teammates.

For Royal/Ursinus, Sarah DiLello started and in the first quarter she scored a field goal and was one-for-two at the free-throw line. Coming off the bench, Charlotte DiLello hit one field goal in the opening period. In the first half, Team Royal was led by a seven-point effort from Sydney Blum, who hails from Bucks County but is playing across the Delaware at the College of New Jersey.

This helped Royal to stay close to Team Orange, which held a modest 28-25 lead at halftime. Rider paced the summer Griffins with 10 points, and the leaders got six points apiece before the break from Chmiel and rising junior forward Lindsey Lane.

Chmiel would score nine of her 15 total points after halftime. The Orange squad increased its advantage slightly to lead by five (40-35) going into the final frame. The CHC group then put the game away in a 13-7 fourth quarter that included contributions of four points apiece from Rider and rising junior Trinity Brittingham.

Although she did not score in the fourth quarter for Team Royal, Blum still led the club with 13 points. Sarah DiLello and her sister Charlotte came away with five and four points, respectively.