"We don't know them all, but we owe them all"

To mark Veterans Day, the Local asked area veterans to share memories of their service in the military. Here are their stories, which have been lightly edited for length and clarity.

‘I had stepped on the booby trap’

"We don't know them all, but we owe them all"

To mark Veterans Day, the Local asked area veterans to share memories of their service in the military. Here are their stories, which have been lightly edited for length and clarity. 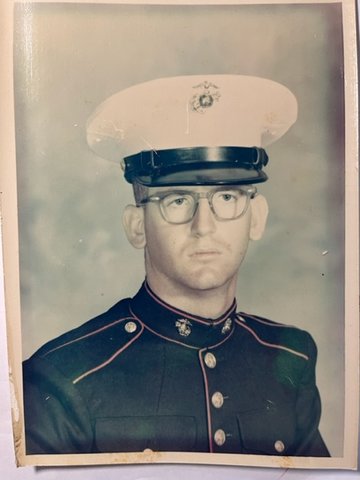 “My rifle flew into the air away from me and I landed hard on top of the radio.” Pete Hasson’s photo taken when he graduated from Marine Corps training at Parris Island. 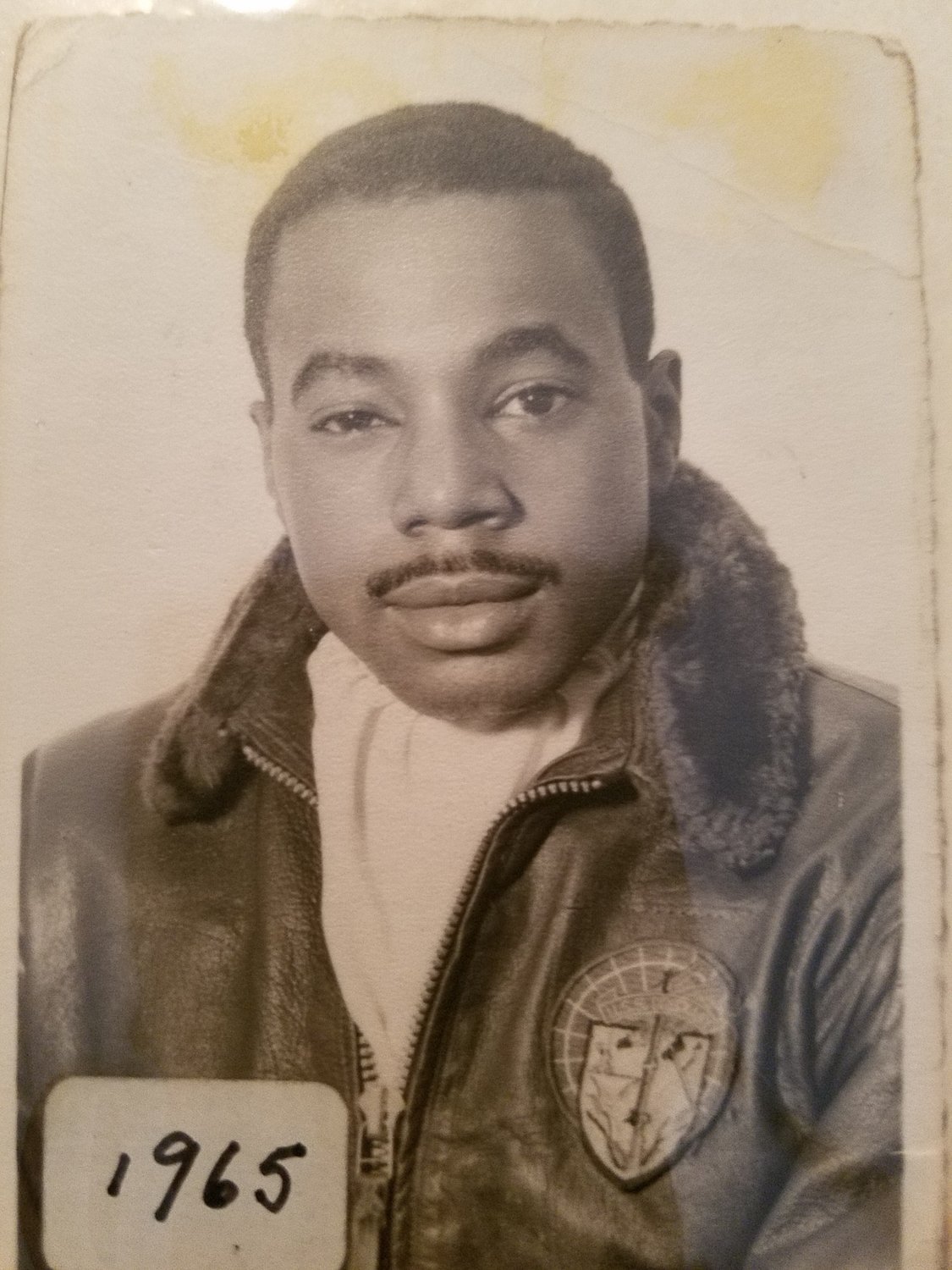 "I am thankful that I am here and can tell the story." Ernest Luqman, of Mt. Airy, who served as a dental medical technician during the Vietnam War. 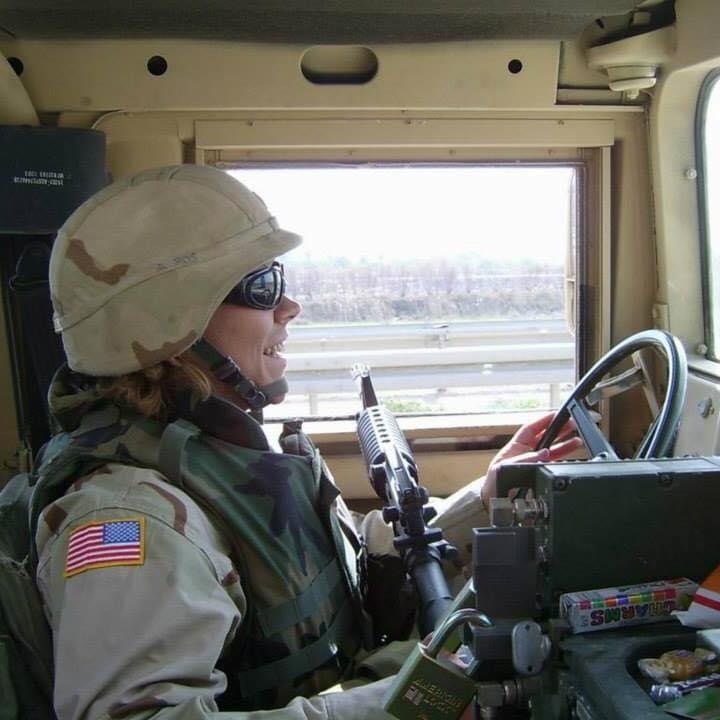 “…tragedy becomes your trauma and you have to figure out a way to process that.” Veronica Hally, of Glenside, driving from Kuwait to Iraq at the beginning of the Gulf War. 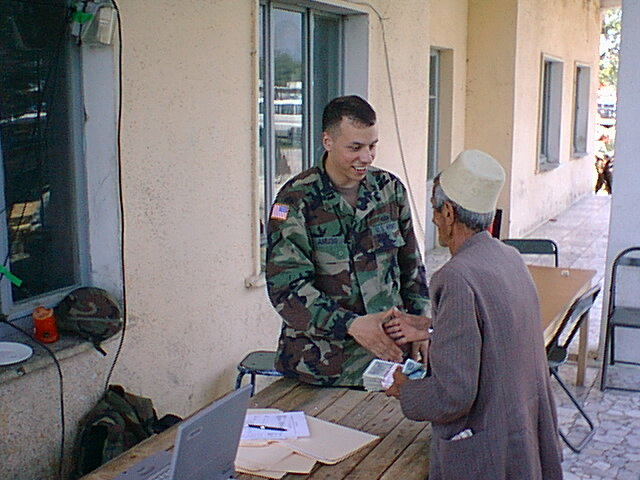 “We would sip Turkish coffee and then once we exchanged pleasantries, he would bring people in who had filled out a form.” Peter Amuso, of Wyndmoor, paying a resident of Albania for damages done to his property during military exercises.
Previous Next
Posted Thursday, November 10, 2022 12:00 am

‘I had stepped on a booby trap’

On Monday 11/2/70, I was acting as platoon radio man for Hotel Company, 1st Platoon, 2d Battalion, 1st Marines. It was early in the day, possibly around 8 a.m. I remember that it was a nice morning. The platoon sergeant was sending out a squad size patrol to search a nearby village. My radio hung low over my butt, and bumped as I walked. It was annoying, but later turned out to be a very good thing. There was also a green smoke grenade hanging from the metal bracket at the top of the radio, on my left side.

We searched the village and then began walking back toward our platoon position. I remember walking slightly off the trail when there was a blast and I was thrown into the air. My rifle flew into the air away from me and I landed hard on top of the radio. I had stepped on the booby trap.

The whole thing seemed to happen in slow motion. I had a severe ringing in my ears and I had a hard time hearing. The green smoke grenade on my radio had been detonated by a piece of shrapnel that pierced the grenade and set it off. As I lay on the ground, I couldn’t see much as the green smoke was blowing into my face.

As soon as I got my wits back, I tried to radio the platoon, but I could not use my left hand. My fingers were all curled up and wouldn’t move. My left elbow was pretty chewed up. There was a piece of shrapnel sticking through my left forearm. I pulled it out and dropped it. I assume that some of the guys helped me. I think that I began to go into shock.

They cut my clothing off and my boots. The corpsman gave me a shot of morphine. Fortunately, at the same time, a marine helicopter was passing overhead and saw the explosion. They put me on the chopper.

I really don’t remember much after that, until I woke up in the ward. I was told that I had undergone some extensive surgery to repair abdominal damage. My left leg was broken. I was told that I had multiple fragmentation wounds to my feet, legs, hips and left arm. I couldn’t move my left arm at all and I couldn’t use the fingers of my left hand. That made me very nervous, since I am left handed.

After a few days, I was transferred to a hospital on Guam where I underwent more surgery and finally was flown to the Philadelphia Naval Hospital for further surgery. I spent a total of 4½ months in the hospital recovering from my wounds. I was finally discharged from the Marine Corps in May 1971.

‘While I was in a room on the ship, the fire was burning’

When I joined the service in 1963, I was chosen to go to school in California to be a dental medical technician. I was the only African American in the class. After I finished school, I was stationed in Guam and later on the U.S.S. Oriskany. I was E-3, [a seaman.] I didn’t get a rank, but the respect and authority I was given was very high.

While on patrol in the South China Seas during the Vietnam War, there was an explosion in an ammunition locker and the ship caught on fire. My station was a room on the ship where, if any casualties happened, they were brought into the area where I was – one casualty after another. I had to put them in the corner and pile them high. I am thankful that I’m here and can tell the story.

Forty-four men were lost, and 43 were burned by the fire and had to be identified. I was on that team with the doctor because of my training as a dental technician. I had to break open several mouths and chart their teeth for positive identification. They stored a lot of bodies in the large refrigerator where we stored the milk. We were fortunate to be able to get back into port and had to ship the bodies back to the states, but one family requested that their loved one be buried at sea. So we all got dressed and we had a burial at sea.

‘I look back even today, and I can’t believe everything that I did’

Prior to 9/11, I became a criminal investigator for the Army and we went to the Academy and we were taught everything - hostage negotiation, crime scenes, murders, robberies, rapes – how to investigate felony crimes in the U.S. Army or as it affected the government, foreign or abroad. I was 24.

Then, the war kicked off and I was in Iraq. I was a new agent. I was so honored to become an agent when I was so young. But in school, they didn’t teach us about hostile fire deaths. We knew we would have to attend autopsies, but not mass casualties.When they trained us to be a soldier, they didn’t prepare us and say, when you choose this line of work, you will lose your innocence. When I was stateside, I attended over 700 autopsies of U.S. soldiers. You can help in many ways, but that kind of tragedy becomes your trauma and you have to figure out a way to process that.

When you are an agent and have a top secret clearance, you don’t want to say you’re having a hard time because then you’ll be taken off the case. You are so busy. You want to remain professional and take emotion out of it. Let your training take over. You don't deal with it until you are home. Then, you’re not sleeping or have anxiety. And you don’t realize what it is. And then they diagnose what is happening. I look back even today and I can’t believe everything that I did. But the comradery, the friendships you’ve built in a deployed setting mean so much. It’s been 18 years and I still talk to them. It was just an honor to serve.

‘We would show up with a convoy of armored Humvees and ..... a sack of Albanian cash’

I served four years on active duty in the U.S. Army Judge Advocate General’s [JAG] Corps. In 1999, I was the Law of War advisor to the commander of V Corps in northern Albania during the Kosovo Campaign. After Serbia capitulated, I was the most junior JAG, so I stayed behind. Our job was to enforce the law and as part of that we would pay local Albanians for any damage we had caused to their property during training exercises.

I would meet with the eldest man in the village. We would sip Turkish coffee and then once we exchanged pleasantries, he would bring people in who had filled out a form and he thought had legitimate claims. They would say what happened and I would estimate how much money and pay them. It showed the U.S. respect for private property. It was a unique opportunity for me to spread the gospel of the Rule of Law.