While the exact space was not named because of negotiation status, it was described as slightly larger than the Chestnut Hill location, with 10-13 parking spaces, close to a public transit stop. 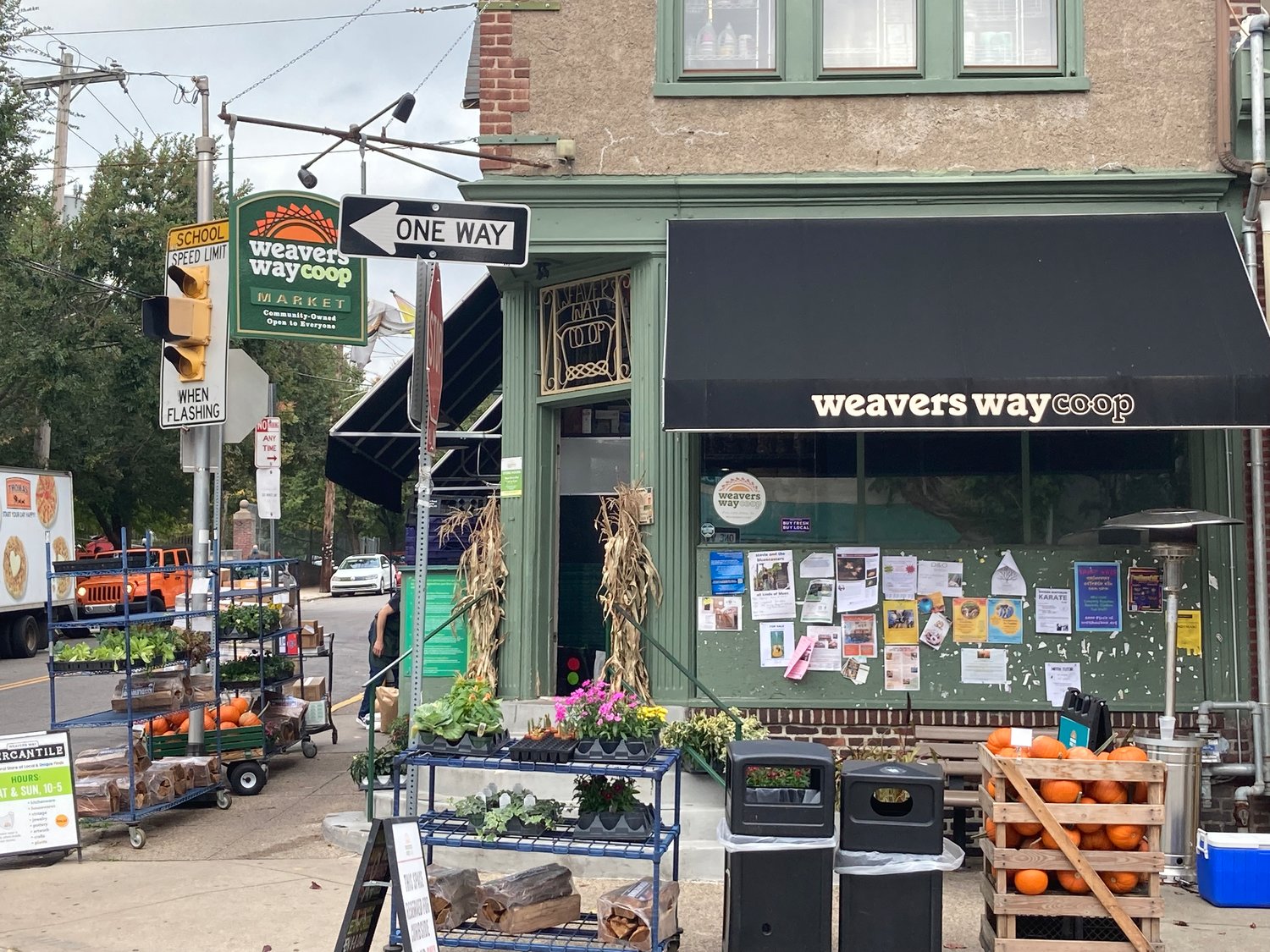 The Mt. Airy Co-Op is the closest to Germantown (Carpenter and Greene Sts.), but is cramped and not ADA-Compliant. 1,100 households in Germantown are Coop members, with 2,679 in Mt. Airy. Under pandemic measures. the Mt. Airy store has a maximum capacity of 20.
Walt Maguire
Posted Wednesday, October 13, 2021 8:00 am
by Walt Maguire

Weavers Way announced last week that they are looking at a possible fourth location in Germantown.

While the exact space was not named because of negotiation status, it was described as slightly larger than the Chestnut Hill location, with 10-13 parking spaces, close to a public transit stop.

Jon Roesser, Weavers Way General Manager, was joined by Kathleen Casey, the Co-op’s Director of Development; Nima Koliwad, Outreach Manager; and Camille Poinvil, their new Germantown Community representative. In a Zoom with around 76 members of the public, Roesser started with an apology: “I regret that we won't be able to disclose the specifics of the building, such as the address, but we are going to give you a lot of information about the building and the property. Certainly, as this project advances with this particular building, we will hold community meetings to talk in much more specific terms about the project.”

Roesser said Weavers Way had not been seeking a new space, but the opportunity arose. He stressed that things were still in the planning stages. Some of the reasons why Germantown, and not another location: 1,100 households in Germantown are Coop members; 4.67% of households in Germantown are Coop members, accounting for about $3.5 million in Coop sales annually (roughly 10% of Mt. Airy sales). Another issue is the cramped layout of the Mt. Airy store, exacerbated by growing membership and pandemic safe-distancing precautions. Customer capacity in Mt. Airy is down more than half for safety, with a maximum of 20 customers in the afternoons. Expanding to Germantown would alleviate the pressure. The new store, under present plans, would have 5,000 sq. ft. retail space, larger than the Chestnut Hill location, 4,800 sq. ft., and be ADA-Compliant.

They anticipate a staff of 45, paid $15 an hour, with benefits. They also intend to provide retail space for local BIPOC vendors. It would open in 2023.

“For years, a month doesn't go by when we're not approached by a community or a neighborhood in the city about opening up a Weavers Way in in those communities, and almost always invariably these are communities that might be wonderful places with wonderful people, but they're not in our marketplace, they're not where our members are located so it's not really, you know, for us we don't have any community route,” said Roesser. A 2020 Germantown United CDC study indicated $59 million in unmet demand for grocery stores in the 19144 area, and another $6 million unmet for specialty food stores.

Much of the meeting was centered on the Co-op’s approach to determining the feasibility of the location and objectives within the community. Roesser said the existing Co-Op policies would apply, but that the part of the purpose of these community meetings was to determine if any other community concerns have been overlooked.

There will be a second virtual meeting, Tuesday, Oct. 19, 7 p.m. Register at weaversway.coop/events