Visiting PC held an 8-7 edge late in the fourth quarter, but the Blue Devils tied it up with three minutes remaining and then had senior Drew Bown score 30 seconds later to give SCH a 9-8 victory. 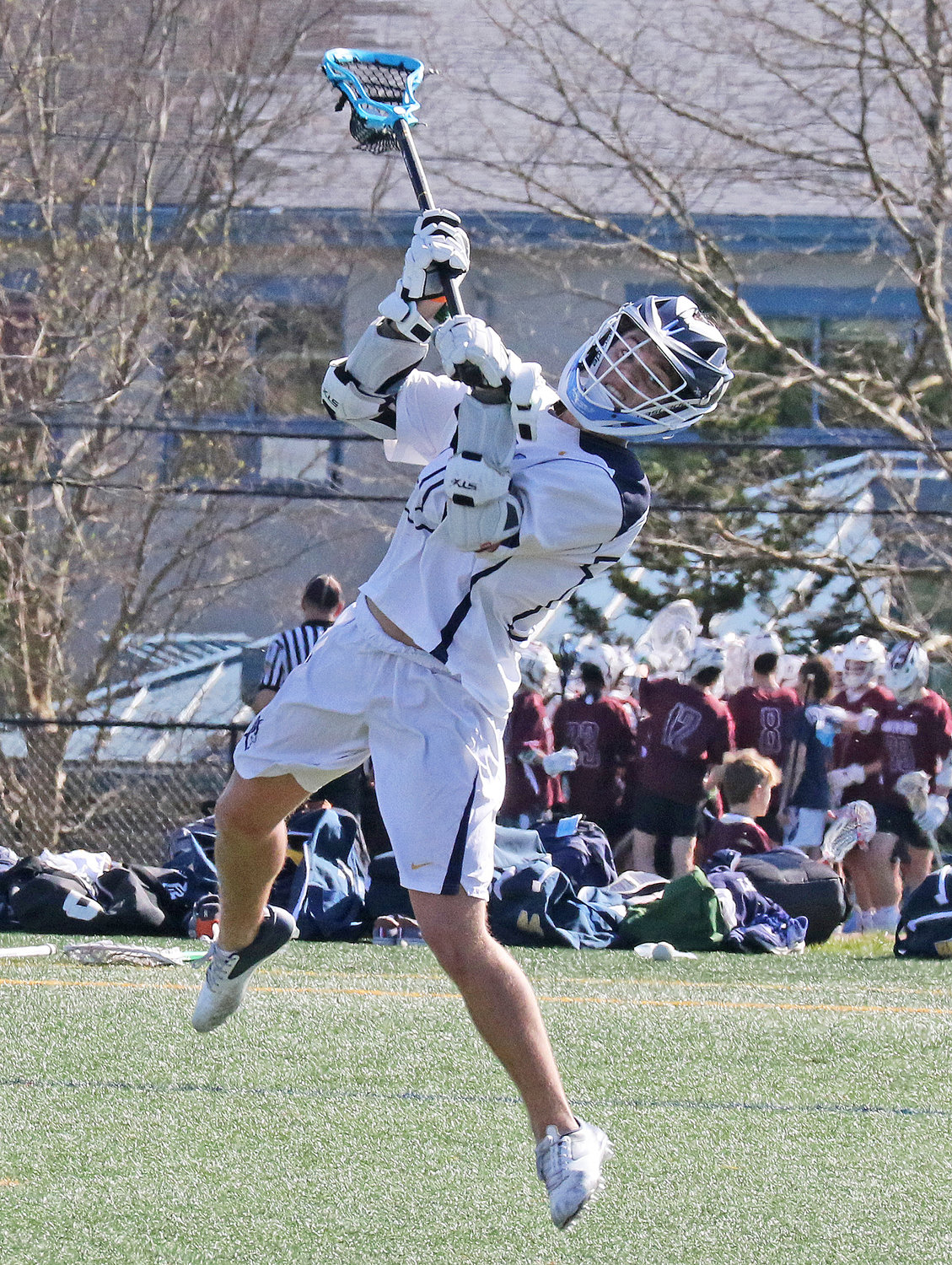 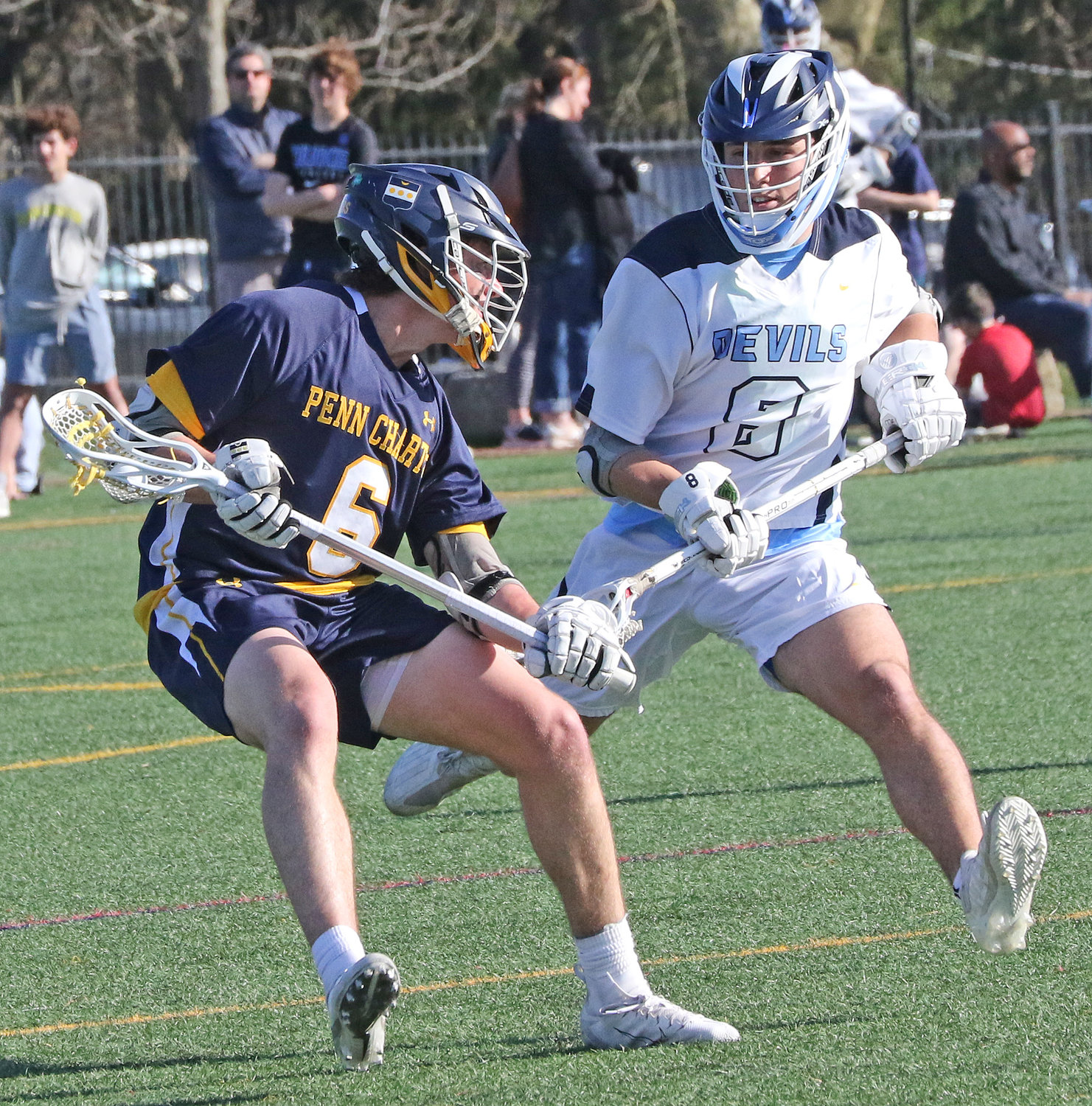 Last Tuesday, the boys' lacrosse team at Penn Charter took its shortest road trip of the Inter-Ac season to Springside Chestnut Hill Academy, and the Quakers very nearly went home with a victory in a match that was the 2022 league opener for both schools.

Visiting PC held an 8-7 edge late in the fourth quarter, but the Blue Devils tied it up with three minutes remaining and then had senior Drew Bown score 30 seconds later to give SCH a 9-8 victory.

Penn Charter, which has scheduled a lot of games and has done a lot of traveling this season, saw its overall record level off at 6-6 on Tuesday. SCH got back close to even, at 3-4. Several of the Blue Devils' losses had occurred when junior scoring threat Brendan Dundas and talented face-off specialist Ross Prince (a sophomore) were out with short-term injuries.

Quakers senior Colin Michener led all scorers with four goals, and his sophomore brother, Gavin, scored one. Two goals from Owen Black and one from fellow junior Nick Walter rounded out Charter's total, while another junior, Noah Decanay, was credited with five saves in goal.

Penn Charter held a one-goal lead coming down the home stretch when the Devils' Pileggi wound up for an outside shot from the left and tied things up at 8-8 with exactly three minutes remaining in the game. At 2:51 a hold was called on Penn Charter and a time-out was called at the same time.

Springside Chestnut Hill set up on offense and was able to get the ball inside to Bown, who was on the right edge of the crease when he dumped the ball down into the Quakers' cage to make it 9-8 with 2:31 on the clock.

Penn Charter won the next face-off and called time-out with 2:05 on the ticker. SCH's Schreiner saved a shot from the right by Colin Michener with under a minute-and-a-half to go. The Quakers got the rebound but then had the ball checked away with one minute remaining.

Charter, in turn, forced a turnover out of SCH and then called time-out with 23 seconds left. Coming up the middle, Michener fought past several Blue Devil sticks, but when he got off Charter's final shot he was again denied by Schreiner and the home team pulled out the narrow victory.