When Woodmere Museum director and CEO William Valerio learned that St. Michael’s Hall was for sale, he realized he was being presented with a significant opportunity. 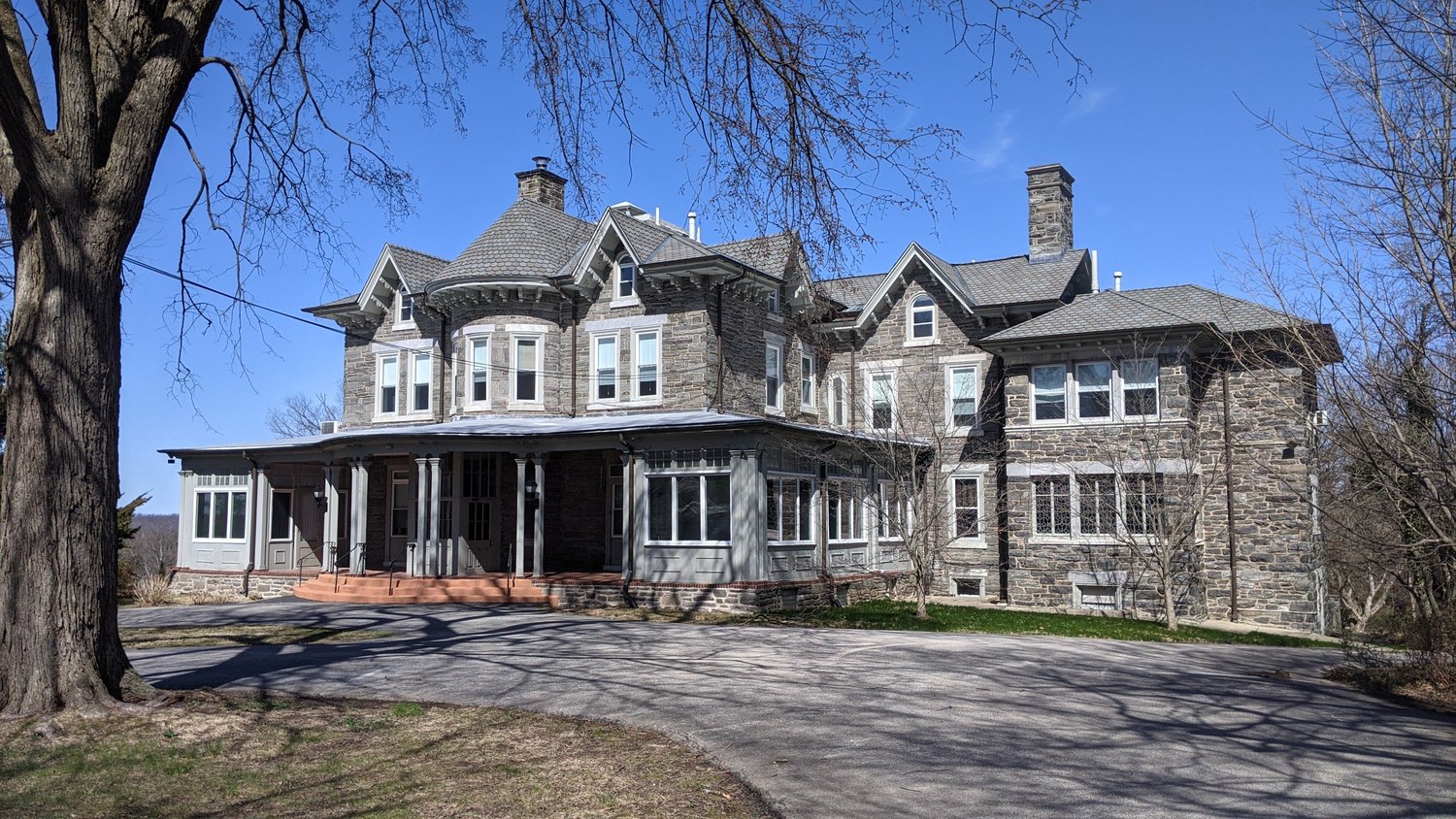 Woodmere Art Museum wants to raise money to purchase St. Michael’s Hall at 9001 Germantown Ave. from the Sisters of St. Joseph. Museum director William Valerio said Woodmere would use the property for a number of “back of the museum” functions, including offices. He believes it could eventually have dedicated gallery space as well.
Posted Wednesday, March 24, 2021 12:33 pm
by Pete Mazzaccaro

When Woodmere Museum director and CEO William Valerio learned that St. Michael’s Hall was for sale, he realized he was being presented with a significant opportunity.

St. Michael’s Hall at 9001 Germantown Ave., a short third-of-a-mile down the Avenue from the museum – a five-minute walk – was the estate home of the Harrison family. It was built in 1853 and purchased by the Sisters of St. Joseph in 1924 and housed its Fontbonne Academy for Girls. In 1945, the school moved to the Sisters' Assumption Hall and the building became a freshman residence for Chestnut Hill College. In 1961, the college built a freshman dorm and the Sisters used it for a residence for nuns until last year.

For Valerio, St. Michael’s Hall is an opportunity to acquire space for museum expansion, a need the Woodmere has had since it shelved plans for a 25,000-square-foot expansion designed by Venturi Scott Brown and Associates 15 years ago. The property, with its 27,000-square-foot, institutional building and spacious four-acre plot a block away, is too good to be true. “This is not an opportunity that’s going to happen again,” Valerio said.

The Sisters of St. Joseph are asking $2.5 million for the property. Valerio said they would prefer to sell to the Woodmere rather than a developer, who would likely find it hard to resist razing the current home or incorporating it in some other way into townhouses. But he needs to raise the money quickly. The sisters gave him six weeks, a period that will end on April 26. Valerio estimated he would need $4 million for the purchase price and the funds to update the building as needed and provide an initial staff.

Valerio said he plans to move “back of the house” functions to the building and noted that as expensive as the acquisition will be, it would ultimately be less expensive than building something new.

“The existing staff needs more office space, and we would like to see the staff grow over time as the museum grows, so that's an important function of the building,” Valerio said. “There are beautiful gallery spaces, and so as we think of the future … and Woodmere 50 years from now, this really could be such an important acquisition for the institution.”

But more than an opportunity at expansion, Valerio said acquiring the home would be a significant act of neighborhood preservation, not only for the historic qualities of the home itself but its place in the community’s art history and the environment. The property is in the Wissahickon Watershed and preserving the house is something both the Chestnut Hill Conservancy and The Friends of the Wissahickon now support. Both organizations attended a virtual meeting on Monday, March 15 with numerous nearby neighbors to speak to the importance of preserving the home and the green space and trees around it.

“It's an important Chestnut Hill house,” Valerio said. It belonged to the Harrison family, which was a very important family in the arts in Philadelphia in the 19th century. Mr. Harrison was on the board of PAFA, and other members of the Harrison family were important collectors, whose art ended up in Woodmere. There’s a historical connection between the two families, between the Harrisons and Charles Knox Smith [Whose collection and home were the foundation of Woodmere Art Museum].”

The six-week window to raise the money recalled for Valerio the purchase of “The Gross Clinic,” the Thomas Eakins painting that was nearly sold by Thomas Jefferson University in 2006. Valerio was at the Philadelphia Museum of Art at the time and was involved in the remarkable efforts that raised $30 million from the public in a matter of weeks to buy the painting and keep it a piece of public art in the city. (The final sale price for the painting was $68 million. Wachovia bank lent the effort the balance while the fundraising efforts continued.)

“’The Gross Clinic’ represents something sort of at the essence, you know, the essential core of Philadelphia as a research center as a medical center as an art place and it motivated people on a grassroots level to make contributions,” Valerio said. “Kids broke open their piggy banks .. people gave small donations of $25 or $50. And of course, every dollar counts. But what was so significant about the grassroots effort, and it was a city-wide effort, was that it was what inspired the major donors to come in with the large gifts that put the effort over the top. It made it doable.”

*The original version of this story incorrectly stated that St. Michael's hall was purchased in 1945 and that it was later used as a home for retired nuns. While some of the nuns who lived in the residence were retired, it was not a condition for residence.

Donate now to CH Local
The Latest
Crime Report: November 22-29, 2021
The following crime report is for crimes reported in Chestnut Hill and Mt. Airy for the two-week period between November 22 and 29, 2021.

Germantown residents bring music into Philadelphia Schools
Musicopia has now served about 360,000 students, including some in northwest Philadelphia.
Letter: Firefighters earn praise for response to fatal blaze
On Saturday evening, November 13, a fire broke out at a West Mount Airy home on Mt Airy Avenue. We who live nearby are heartbroken by this tragic event that gutted the home and killed two of its …
Breakthrough of Greater Philadelphia is now part of Germantown Friends School
While Breakthrough has been operating out of the GFS campus for 27 years, it is now an official part of the 175 year-old school.
GFS student earns all-state soccer honors
The Germantown Friends School varsity girls soccer team wrapped up a successful season last month, capturing the Friends Schools League title and advancing to the PAISAA State Tournament. Fueling …