20 years for Hill music store even surprises its owner

20 years for Hill music store even surprises its owner 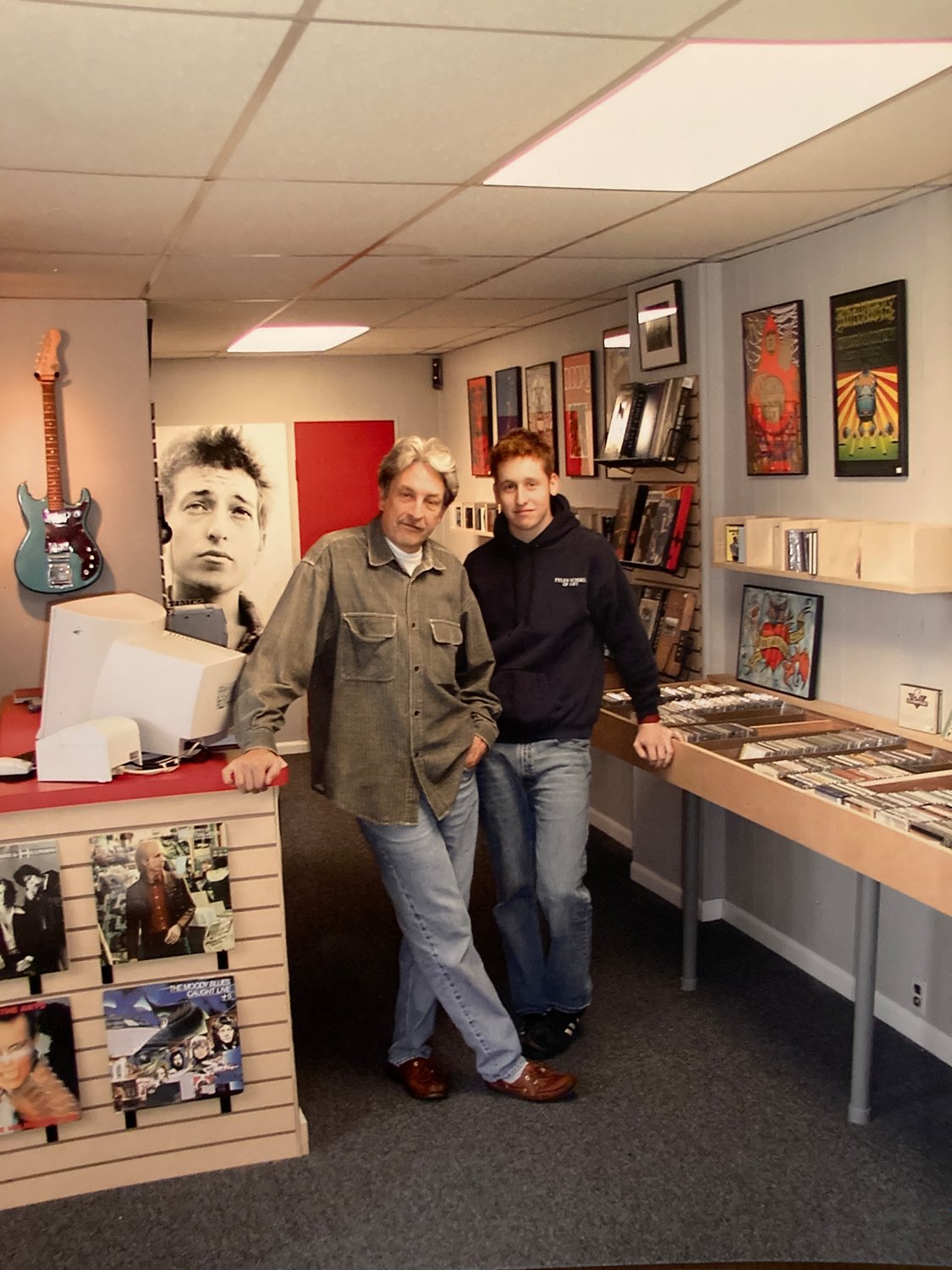 Now, and then: Store owner Brian Reisman opened the store with his son, Sean, 20 years ago, and is now celebrating two decades in business. 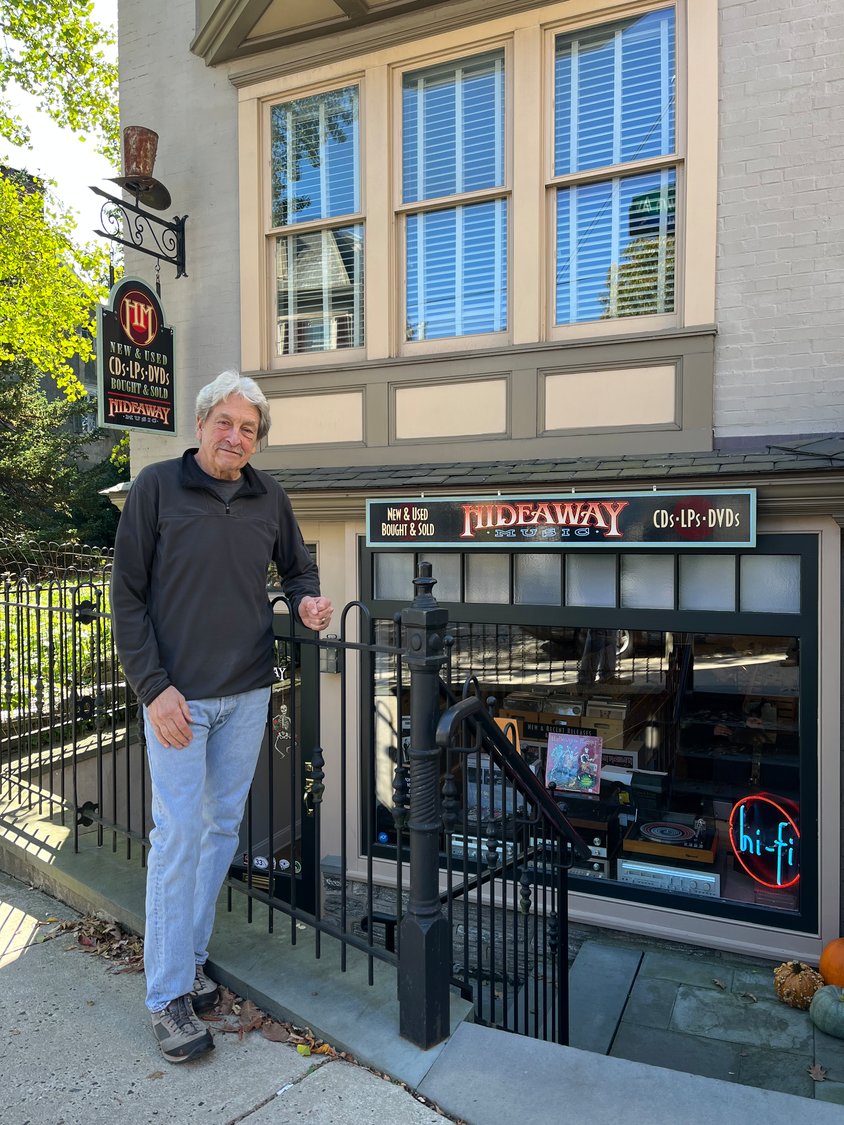 Brian Reisman never thought his business would last 20 years when he opened Hideaway Music Store in the parking lot behind what is now Chestnut Hill Sushi on the 8600 block of Germantown Avenue.

“I was tired of freelance writing for many years, and I wanted to try something new,” he said last Friday. “I thought that Chestnut Hill needed a music store, but I am surprised to still be here after all this time.”

Reisman and his son Sean, who has worked with him for the entire two decades, are celebrating this Saturday, Oct. 29, 10 a.m. to 5 p.m. at the current store’s location, the ‘hideaway’ spot in the ground floor of 8232 Germantown Ave. (The store has moved around the Avenue over the years, moving to the spot next to Weavers Way and alto to the top of the hill, just opposite Bethlehem Pike before settling in where it is now.)

They’re planning cupcakes with the Hideaway logo, and 20 percent off any new or used record except for sealed box sets. Only per customer.

A lot has changed since Reisman developed his love of music.

“I remember carrying around my records all the time when I was young,” he told the Local in an earlier interview. “I used to bring them to parties and sit around just listening to them with people. Nowadays you simply push a button and put your headphones on.”

Reisman is now on a mission to preserve great music from the past, essentially selling nostalgia, he said – one record, turntable or vintage concert poster at a time.

“Our slogan is Better Living through Vinyl,” he said.

Back in 2002, when Reisman opened his first location, the record industry looked as dead as a supermarket chicken wrapped in cellophane. But he now says it’s come back – with a ferocity that could rival that of an NFL running back who is rehabbing from a serious knee injury.

“For example,” said Reisman last week, “Taylor Swift released a new song on a 45-RPM record in April, and I had five teenagers, four girls and one boy, camped out in front of the store at 3 a.m. They waited there for six hours until I opened at 9 a.m. I only had seven or eight of the records, and they were $15 each. But they sold right away.”

When he first opened the store, Reisman said, what sold were new and used CDS. But that’s no longer true – and vinyl is now the hot item. Many old hits have been reissued on vinyl, and Taylor Swift's new song wasn’t even released on a CD.

“Vinyl is now 95 percent of my sales, both new and vintage,” he said. “In fact, eight months ago I got rid of lots of CDs to make room for vinyl records.”

Of course, Hideaway, which also sells vintage equipment such as receivers, speakers and turntables, had to close at the beginning of the pandemic. But it reopened within six months, at which time only five customers were allowed in at one time. “I am lucky that even during the pandemic, there has still been a demand for records,” Reisman said.

The music maven grew up in Mt. Airy, and went to Germantown High School, graduating in 1968. He then went to New York University, majoring in film production and morphing after graduation into writing for film production companies. He wrote for radio and the Discovery Channel on TV, continuing a freelance writing career until 20 years ago.

A big part of Reisman's business is buying and selling record collections. He even makes house calls. It turns out that many senior citizens have collections of 45 or 78 RPM records that date back to the 1940s, '50s and '60s that they think are valuable.

“I am very selective when people show me their record collections,” Reisman said. “They have to be in almost mint condition. I don't buy classical, Big Band or Broadway. I do buy rock, jazz, blues, R & B, soul and country – but only if it is valuable, which is few and far between. Nobody wants to buy a record that's scratched up. So the stuff that’s not valuable goes into the dollar bin.”

What are Reisman's own musical preferences?

“I like old country stars like Merle Haggard and George Jones, whom I saw at the Keswick.”

Does he have a collection of his own?

“I do not have a record collection myself, of any kind. I listen to music eight hours a day in the store, so I do not listen to any music at home.”

Who buys your records?

“People of all ages. I've had kids about 12 years old buying records by The Doors.”