When youth baseball returns to Chestnut Hill in April, there will be a new member to the league. The Germantown Warriors have joined the Chestnut Hill Youth Sports Club rotation. 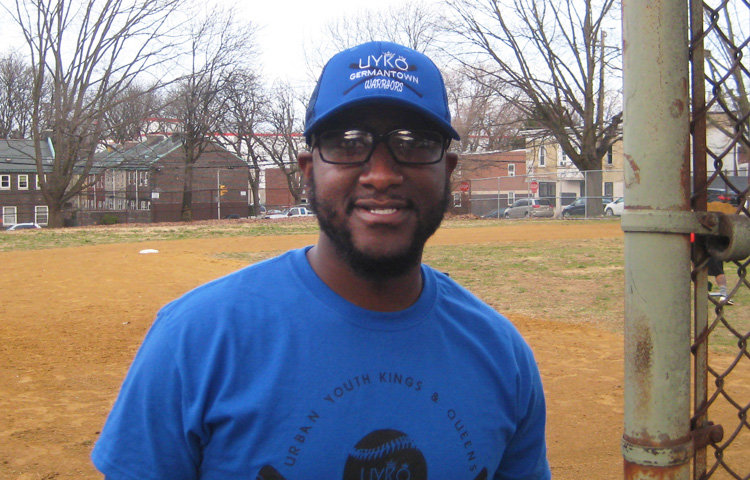 Haneef Hill, 34, started Urban Youth Kings and Queens in 2016 when he saw a gap in neighborhood youth programs. The Warriors started in 2019. “I was a big baseball kid growing up. I started playing at age five, then I played at Germantown High School, and then I earned a baseball scholarship to play in college.” 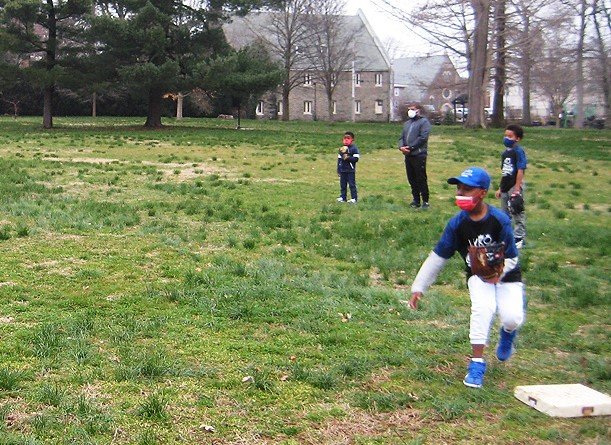 The Germantown Warriors will have their first league play in the Chestnut Hill Youth Sports Club. The Warriors were formed in 2019 and the season was cancelled in 2020 when the pandemic hit. 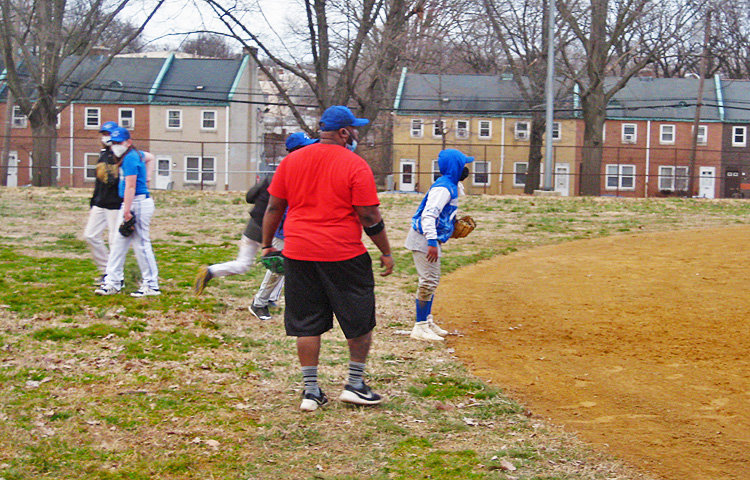 The Warriors are sending two teams to the league: Majors (ages 10-12) and Rookie (ages 7-8). They’re building out the rest of their program. 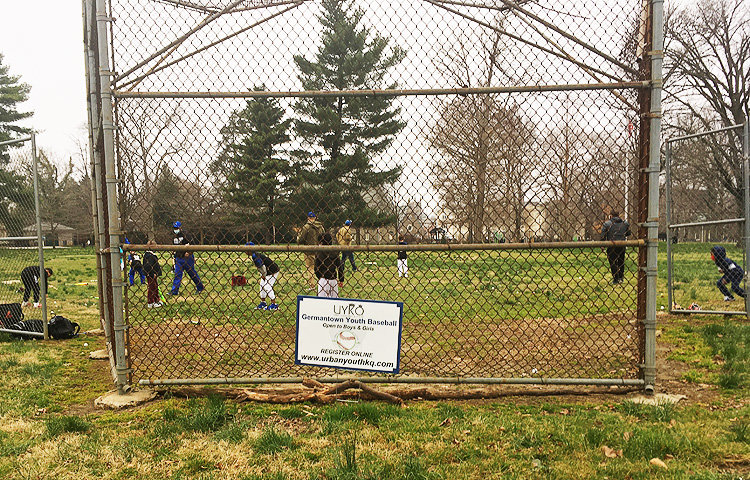 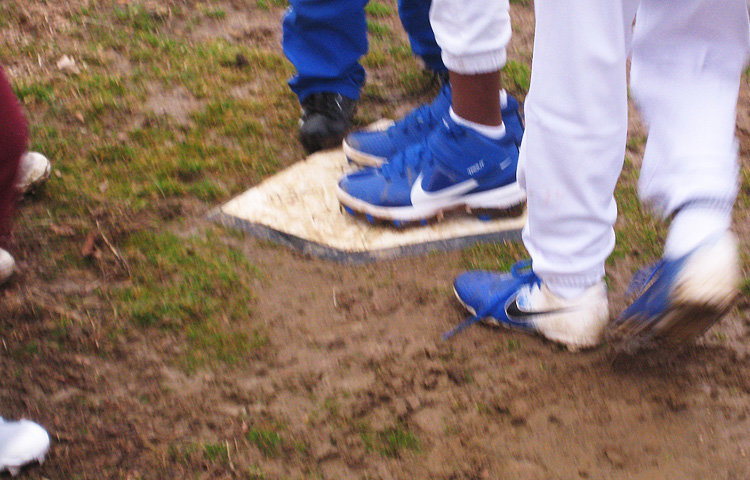 The infield at Vernon Park is patches of onion grass and mud, but the city is expected to get on their Spring mowing schedule soon. 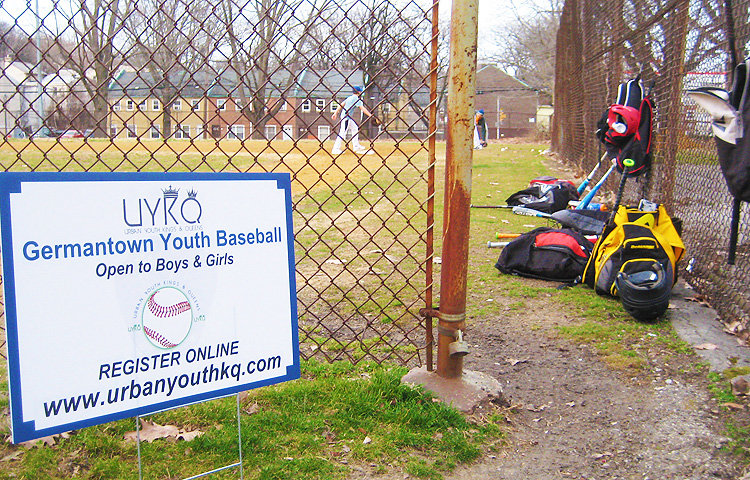 The Warriors practice at Morton Playground, behind Germantown High School. Since there was no league in Germantown, the fields weren’t maintained for baseball. The infield at Morton had not been used in years, and the pitchers mound home plate were finally reset in March.
Previous Next
Posted Friday, April 2, 2021 10:29 am
by Walt Maguire

When youth baseball returns to Chestnut Hill in April, there will be a new member to the league. The Germantown Warriors have joined the Chestnut Hill Youth Sports Club rotation.

For now, the Germantown Warriors are sending two teams to the league: Majors (ages 10-12) and Rookie (ages 7-8).

The Warriors have only existed since 2019. They played a few games against teams in the Northeast, but the distance was difficult.

“One of the challenges was finding a local league to play in,” said Hannef Hill, President and CEO of  Urban Youth Kings & Queens Inc. (UYKQ), the team’s parent group. He reached out to Brien Tilley, baseball commissioner for the CHYSC. COVID cancelled all youth sports last year, but they reconnected as planning started for 2021.

“Brien reached out to me this winter and said ‘Hey, maybe you guys could play in our league.’” Due to COVID, this is their first time in league play. “For my younger kids, I’ve got a lot of first-time ballplayers, but they’re really excited about it. This experience is going to be great.”

Tilley was excited about adding the Warriors to the summer roster.

“I was a big baseball kid growing up. I started playing at age five, then I played at Germantown High School, and then I earned a baseball scholarship to play in college,” he said.

“One of the things I’ve wanted to do is start my own baseball program,” he said.

The Warriors started with about a dozen kids playing pickup games. They practice at Morton Playground (behind Germantown High School) and Vernon Park (Greene Street and Chelten Avenue). Since there was no league in Germantown, the fields weren’t maintained for baseball, which presented another problem to overcome: grass.

“For the kids in the community, they want to be able to play on a baseball field,” Hill said. “When we go up to Chestnut Hill or Mt. Airy, everybody has a nice field. So I want to get that opportunity for these kids as well.”

The infield at Morton had not been used in years, and the pitcher’s mound home plate were finally reset in March. The neighbors surrounding the playground saw what was happening and stepped in to help. The city isn’t scheduled to start mowing Vernon Park for a few weeks.

“Because it’s new, I don’t get an influx of kids,” he said. “I think over time, as word gets out, more kids will be aware and interested.”

Hill is enthusiastic about joining the CHYSC schedule.

“It’s a great opportunity,” he said. “It makes my job easier—I know I have a place for my kids to play. I know we have a league. I know it’s local. I know we can get there.”

Another bonus: “I think the parents will appreciate not having to travel all over the city for games,” Hill added. “We’re looking at this to get kids into baseball, but also building a community partnership in the local area through baseball. I’m excited about it, I’m happy that Brien opened up the opportunity for us.”

“That’s something I’m personally excited about,” said Tilley. “The more I’ve told our coaches and commissioners about it this winter, they’re really excited about it. Our kids, as they become aware it’s another group of kids they’ve not met before—it’s going to be pretty cool.”

“It’s hard to find a league to participate in, if you don’t have your own intramural program,” said Hill. “Especially in the northwest part of the city, it’s hard to find a place to put a team. He made that possible.”

They’re looking for players and coaches.