The International Society for Krishna Consciousness hosted its first annual health fair in Mt. Airy  Saturday as part of an initiative to connect with the community. 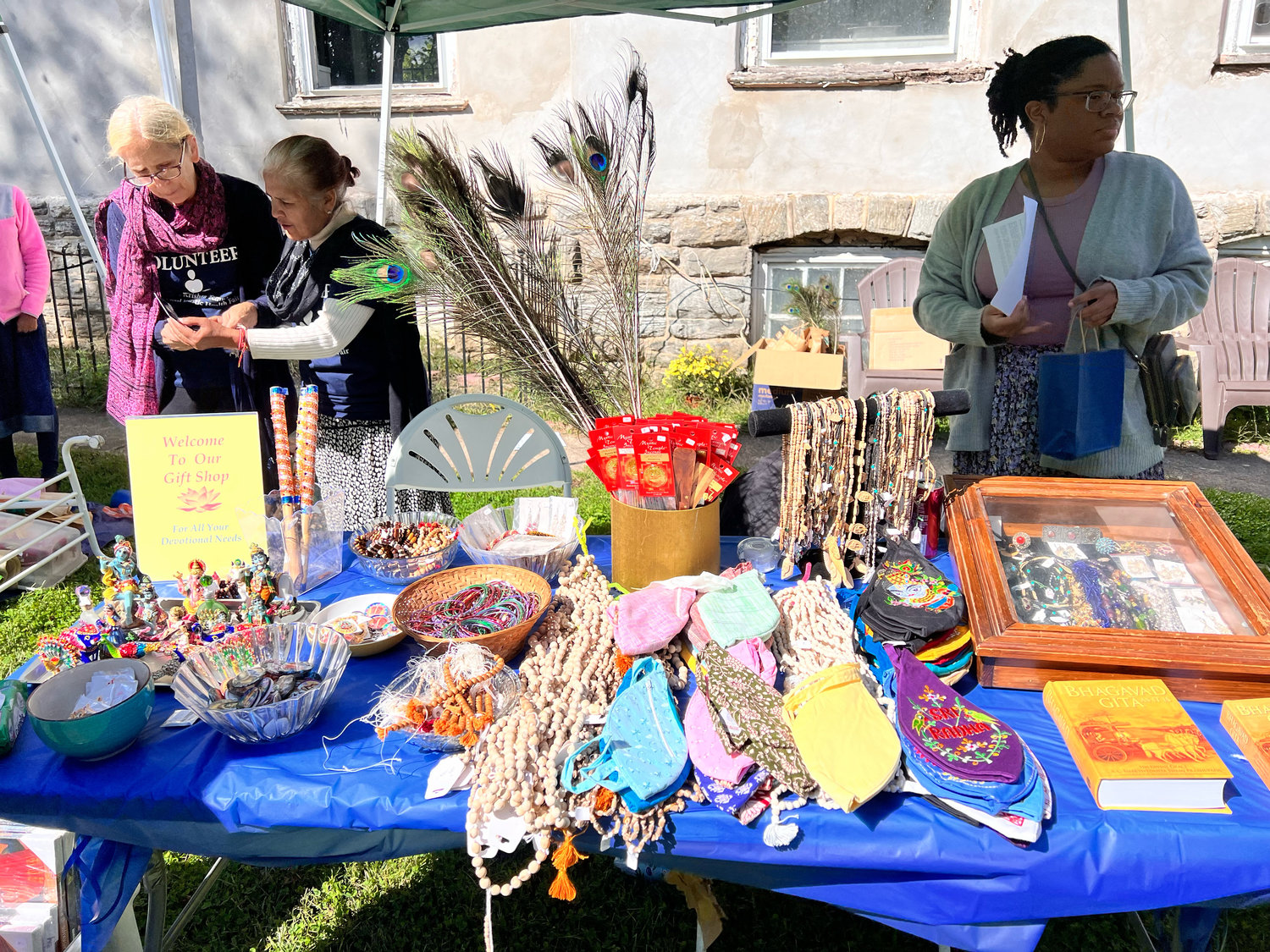 The International Society for Krishna Consciousness in Mt.Airy hosted a health fair on Saturday, part of their effort to re-introduce themselves to the community. The group, which has been based at the religious temple on Allens Lane since 1974, has been working to expand its capacity and offerings. The event featured information about the faith tradition’s practices, such as prayer and chanting to deities, yoga, mindful hand massages, health services and how to make your own vegetarian samosa. Members, many of whom come from South Asia, range in all ages and backgrounds.
Posted Thursday, October 13, 2022 12:00 am
by Kiara Santos

The International Society for Krishna Consciousness, or ISKCON, hosted its first annual health fair in Mt. Airy  Saturday as part of an initiative to connect with the community and introduce the members of the temple.

The outdoor event on the grounds of the religious group’s temple on Allens Lane included 14 booths and tables displaying information about the faith tradition’s practices, such as prayer and chanting to deities, and yoga, as well as mindful hand massages, health services and how to to make your own vegetarian samosa.

The Hare Krishna temple has been home to hundreds of followers since 1974 but has opened its doors to let the community know they are here and extend an invitation to visit.

ISKCON board member and health fair volunteer Sobha Radhe-Dasi told the Chestnut Hill Local “I think it was more to let the community, especially the immediate community know that we exist, what we are about and make them feel welcome,” she states. “We want to be friendly neighbors.”

Radhe-Dasi conducted the samosa cooking demonstration and chatted about her 30 years of experience at ISKCON. Originally born in India, Radhe-Dasi moved to America with her husband while he moved from job to job across the country, finally settling in Upper Darby in 1994.

“[We] come [to the temple] for a lot of things, for association with like-minded people, friendships, engagement and of course, spirituality.” she said. The temple is open Monday through Sunday throughout the year.

The International Society of Krishna Consciousness was conceived in 1966 by A.C. Bhaktivedanta Swami Prabhupada, who is said to have started the movement by chanting under a tree in the park until curious New Yorkers joined him, according to the Religion News Service.

The tradition, which has about 1 million followers, has historic roots in Hinduism but simultaneously maintains a unique identity under Gaudiya Vaishnavism, a monotheistic tradition within Vedic or Hindu culture, the news service said. The movement caught on in the 1970s, but after devotees faced pushback and criticism, leaders emphasized ISKCON’s ties to the third largest faith tradition in the world. A majority of ISKCON’s membership now comes from Indian Hindus who have embraced the faith partly as a way to preserve cultural connection, the news service said.

This weekend’s fair is not the first time the ISKCON community members have held events to promote their work and services. For Easter Sunday, they created baskets filled with soaps and lotions to give out to their neighbors.

Members want to share spiritual teachings and philosophies that they believe help with connecting with life outside of material possessions, Radhe-Dasi said.

Volunteers ranged in all ages and backgrounds. ISKCON member Sierra Gale, 29, moved from Ypsilanti, Mich., a few weeks before the festival. She joined originally because of the special practice of  Bhakti-yoga. According to their site the word "bhakti" is derived from the Sanskrit word, “bhaj” which means loving service. Bhakti-yoga means to connect the supreme or eternal, Krishna, with loving devotional service.

“You want to keep your body fit, sure, but you want to do that so you can show up and love more, essentially,” Gale explained. “You can be of service more, you can give more. If we’re all self-seeking then we realize we’re just running in circles and we’re not obtaining what we feel is the highest purpose of life, which is to have love for God.”

The community calls themselves “Krishna-tarians,” as a play off vegetarianism, a practice of the tradition that recognizes the life and services all animals and plants bring to humans and to remove the superiority around other forms of life.

The Hare Krishna temple recently underwent an expansion. The original congregating space is now a community town hall where members host Sunday School services as well as their weekly Sunday Love Feast, which includes Bhakti-yoga, kirtan (a musical mantra meditation), chanting, drumming, a spiritual discourse and a free vegetarian feast. It is open to the public.

This is not the first, or the only, event hosted by the Hare Krishnas. The organization has been hosting an annual Ratha Yatra – also called the Parade of Chariots – on the Benjamin Parkway in Center City ever since 1972.