The front view of the Buchholz House at 6262 Henry Ln. by Pete Mazzaccaro A hidden oasis of a home in Flourtown listed for sale two weeks ago has quite the storied past. It stretches from use as a … 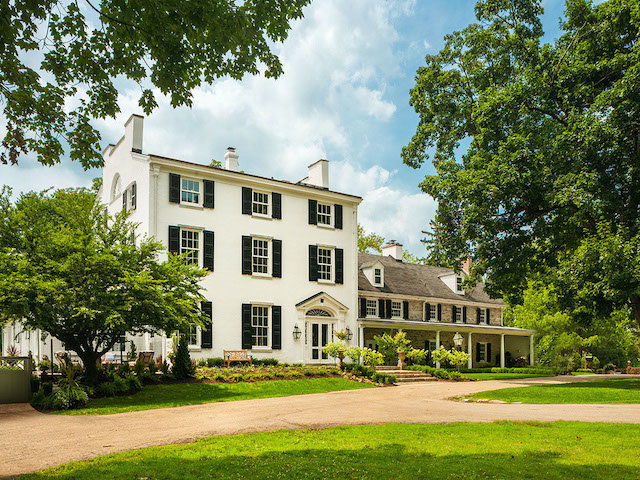 The front view of the Buchholz House at 6262 Henry Ln.

A hidden oasis of a home in Flourtown listed for sale two weeks ago has quite the storied past. It stretches from use as a colonial farmhouse to being the recent home of a noted attorney who served Pennsylvania Governor Tom Ridge and was appointed by President George W . Bush to assist in the creation of the Department of Homeland Security.

The Buchholz Property at 6262 Henry Ln. is an eight-bedroom, eight-bathroom house containing 9,632 square feet. Its north side is a two-story colonial built in the late 1700s that was later expanded in the mid-19th century into a sizable Federal Period mansion. A more recent addition in 2014 added some contemporary amenities, including a master suite bathroom and walk-in closet as well as a large, modern, eat-in kitchen. It’s listed for $3.35 million.

For realtors Patty Billock and Kat Grant, both with Berkshire Hathaway Fox & Roach, the listing is more than a fabulous historic home, though. Both women were friends with the Buchholz family and attended social functions at the home, including political fundraisers thrown by Carl Buchholz and his wife Karen. Carl was a prominent Philadelphia attorney who worked for Ridge and the Department of Homeland Security. He died in May of 2016.

“We've spent many years in the old house,” Grant said. “I sold the house to them, like 13 years ago, when the kitchen was gross and yellow with linoleum countertops and when things were a little simpler in life. We've watched the progression of the whole process.”

A history of the home’s property from 1742 to 2013 by Philip Ruth details the many landowners who bought and sold the property. It was considered to be in Whitemarsh for much of its history, though the home is located not far from Bethlehem Pike in Flourtown, on a just-over-three-acre parcel that backs to the Wissahickon Creek in Ft. Washington State Park.

In its early days, the parcel was part of a more than 300-acre plantation parcel. The beginnings of the colonial part of the home date to the mid-to late 1700s. One of the persistent rumors that comes along with the property is that General George Washington met the Marquis de Lafayette in one of the old home’s back bedrooms.

Another one of the more notable, and documented, chapters in the home’s history was during the ownership of Peter Dager, who held the property from 1812 to 1835. In 1829, an African American who worked for Dager named John Lewis was arrested and charged as a fugitive slave. In a remarkable turn of events, Lewis’ captors had bound him and forced him into a wagon, and were on their way to Philadelphia when Dager overtook them at Barren Hill and compelled them to bring Lewis to Norristown to have the matter settled by a judge 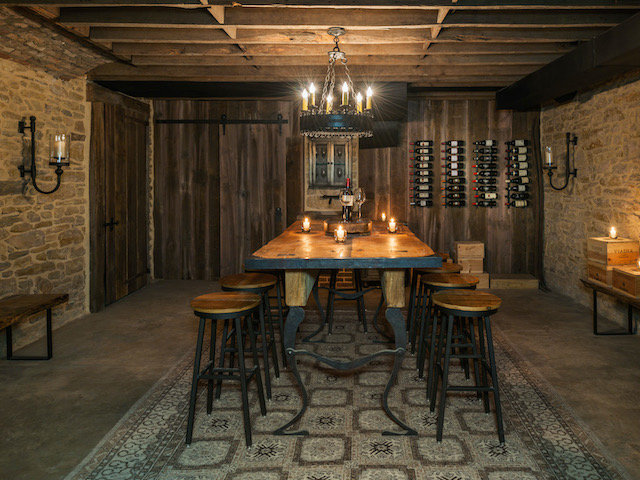 The judge found against Lewis, but Dager and another man convinced the Virginia slave owners to release Lewis and another fugitive slave for $900.

Dager, or a succeeding owner of the property, made the house a stop on the Underground Railroad. A sealed passageway in the basement of the oldest part of the house is consistent with similar hideaways and escape passages used by escaped slaves as they traveled north to freedom. It’s a feature that’s consistent with the property’s and region’s deep Quaker and abolitionist history.

Despite those ties to the area’s history, the Buchholz home is thoroughly modern. Many of its most dated touches, from the aforementioned linoleum countertops to stuccoed basement walls, have been updated and rehabbed. The basement stucco was removed to reveal remarkable fieldstone foundation walls that now complement a large wine cellar under the Federal wing of the house.

The master suite, walk-in closet and modern bathroom are part of the home’s 2014 addition and are as modern as any you’d find in the newest home.

Buchholz, a graduate of University of Virginia, was an admirer of the campus’ Jeffersonian architecture and took its influence in the creation of an expansive outdoor patio space with columns that match the Federal architecture of the home.

Bilock and Grant said they weren’t sure when they would be hosting an open house, but have shown it to many area realtors.

“The hope is that another wonderful family will become stewards of this property,” Billock said.

Elfant Realtor has his own Mt. Airy historical mansion

Not sports but real estate contracts for Mt. Airy broker